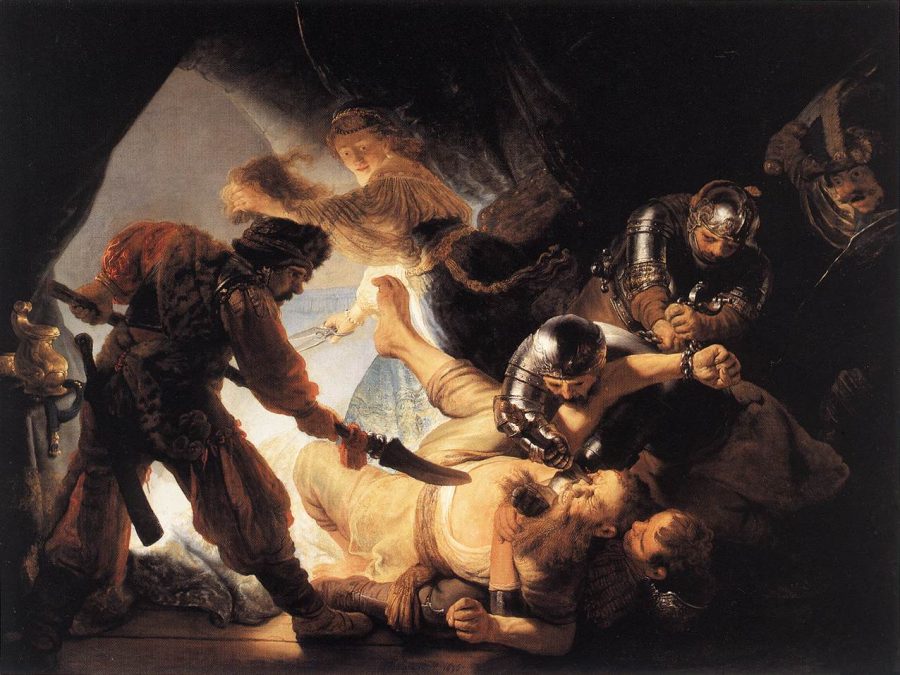 Note: I have also, simultaneously, published a mix which was inspired by this book. Please have a listen now, or as you read the book in the coming weeks.
Listen on Mixcloud here. 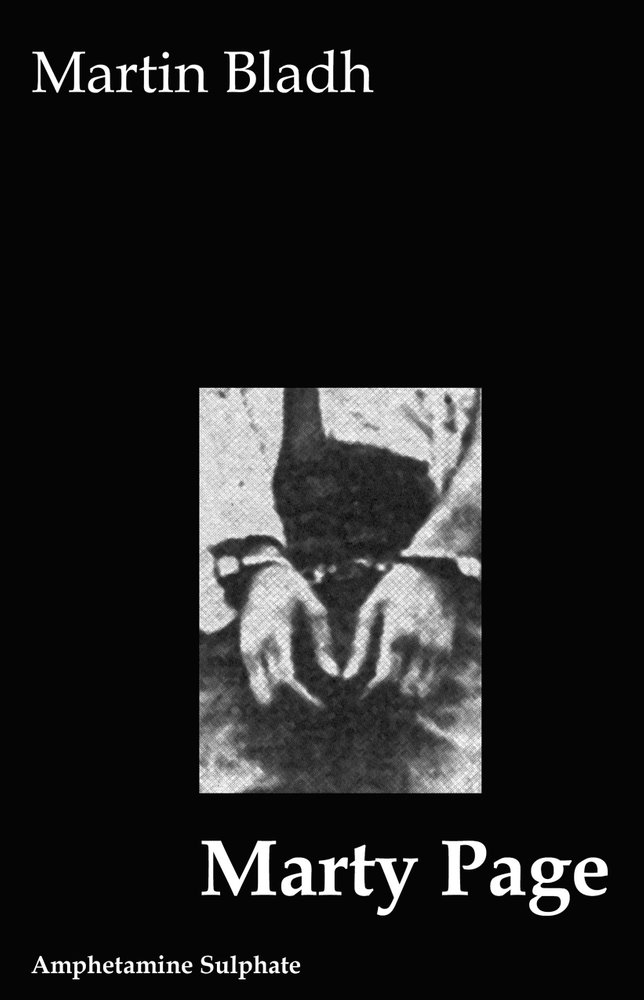 Martin Bladh has for many years used audio and visual art forms to illustrate his fascination/obssession with death. This has been done through his music as Martin Bladh, IRM, and Skin Area. But he’s also explores these topics in books, stage performances and film. He often focuses particularly on the chemistry between torturer/executioner/abuser and victim. These roles can also, at times, be played out by a single person. Bladh spoke about this dynamic a good bit in his book DES (2013), as illustrated by the serial killer Dennis Nilsen, who would act out his erotic/homicidal fantasies in front of a mirror to create a cognitive separation between himself and his reflection/victim. Marty Page takes us deeper into these ideas from a different angle.

Martin Bladh has created a book which finds a different (possibly even more affective) way of bringing the audience as close as possible to the topic. Marty Page documents a four day period of deviance in the life of this fictional character, Marty Page. The book follows a time line which is the structure for the entire story. We are given a sort of voyeuristic look at what could be the journal, or death note, of Marty Page as he is used in a variety of different ways as a model for his captor.

He spends hours in silence, bound, gagged and blindfolded, kept in waiting for the next event. His captor will free him for long enough to enjoy a film, musical album, or painting, only to return him to his shackles shortly thereafter. Sometimes we are given Marty Page‘s reflections on what he’s seen in the film, or a dream he had after listening to some album. We are also given notes written to him by his captor.

All these little tidbits come together to form a truly multi-media experience. As I read Marty Page, I took time-outs myself to watch the noted films, listen to the albums, or gaze at the paintings, before returning to the story. This helped me form a closer bond with Marty Page. I could imagine myself in his position, witnessing events as they unfolded. This, of course, becomes a more terrifying and uncomfortable situation to vicariously experience as the story heats up.

I’ve mentioned Marty Page‘s captor. But, they are one of the more interesting and thought-provoking dynamics of the story. We are given plenty of information about the victim himself, the first page of the book gives us a sort of character sheet, describing his physical features as well as his various favorite artworks and artists. The captor is a different story. We are able to read letters from the captor to Marty Page, and (possibly) letters from Marty Page to the captor. I don’t want to go into any more detail on this dynamic, but I recommend paying close attention to the people to which each of these letters are addressed. 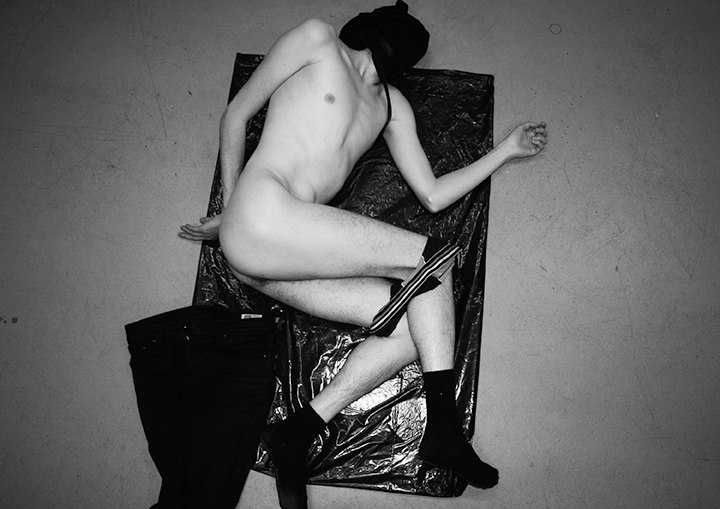 Marty Page is quite short, as are all the books I’ve obtained which were released by Amphetamine Sulphate. But, making a multi-media experience out of the book, as I did, following through on each indicator (film, album, painting, etc.), stretched the experience out over several days. I have to admit, I quite enjoyed this format. Becoming part of the story, in however small or insignificant a way, the reader is able to feel the story unfold in a much more personal way than if we had just speed-read through it in a few hours.

I stumbled upon the Amphetamine Sulphate publishing company because of this book by Martin Bladh, who I generally make it a point to stay updated on. But, now that I’ve looked further into them, I have purchased several more of their books, and will likely be reviewing a few of them in the coming months. The books are short. The two I have are both around 50 pages each. But, the price tag is quite reasonable, both these books were $10 each with little postage cost added. They aren’t going to win any awards for aesthetics. These really are booklets, not books. But, the stories contained within are incredibly interesting, and a bit controversial at times. Philip Best, co-owner of Amphetamine Sulphate, is no stranger to controversial topics, and he goes a step further with this company by creating a platform for other controversial writers. This was the same reason I started following Infinity Land Press, run by Martin Bladh and Karolina Urbaniak. They touch on topics that are equally interesting and taboo. In this brave new age of the generic, a time when everyone seems to only be interested in conforming to some stereotype so they too can have 100,000+ followers on Instagram, it is essential for my being that I find these companies on the fringes of society which are willing to dedicate their hearts and capital to showing these most diverse/perverse elements.