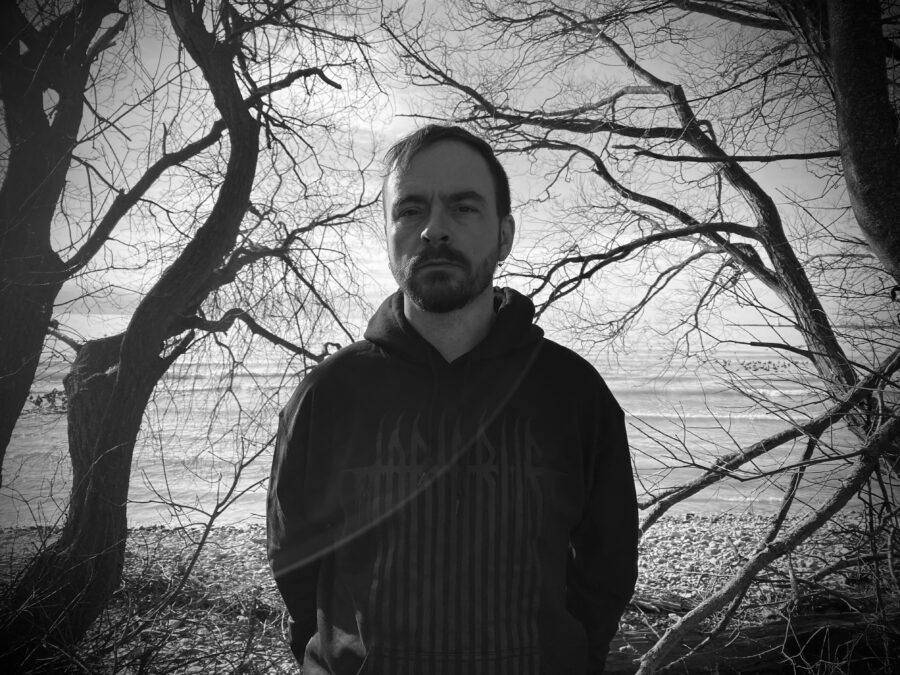 Dorian Williamson of Northumbria was kind enough to submit his top albums of 2021 for us. Enjoy his picks! Also, be sure to check out the interview we did with Dorian and Jim Field, both members of Northumbria, earlier this year!

“This is the second collaboration between Alphaxone and ProtoU, and a tour-de-force of atmospheric sci-fi space ambient.

The sound design and production are absolutely incredible, which is unsurprising considering the quality of each artist’s solo work. Definite Tarkovsky/Alien vibes”

“One of the true masters of dark ambient, Johan Levin produced what I think is one of his best works. The entire album feels like an expansive inner journey through physical and ethereal darkness.

Hopefully there will be a physical release at some time in the future.”

“New Zealand based Abby Helasdottir spent five years working on this mystical masterwork, and the exquisite attention to detail, both musically and sonically, is absolutely mind-blowing! Dense drones, expansive space and complex harmonies flow into each other, creating a truly transportive and otherworldly listening experience. It’s definitely a record that’s best taken in whole in one listening”

“This Lithuanina born, Berlin-based composer released this cycle of compositions for string quartet to universal acclaim, and rightly so, it’s well deserved. I found myself repeatedly listening to it, getting lost in the haunting melodies and evocative interplay of the instruments. Apparently, she was inspired to write Silhouettes after seeing a performance of Jóhann Jóhannsson’s music, which makes sense; they seem like musically kindred spirits. RIP Jóhann”

“It’s hard to describe how powerful and unsettling the music of Lingua Ignota is. I’ve been following Kristin Hayter’s work since her first album Let the Evil of His Own Lips Cover Him, and with each successive release she’s perfecting her craft.

Intensely dramatic, confrontational and crushing, yet also very cathartic. Sinners Get Ready is a monster record, and my favourite of hers from a production standpoint. It sounds as huge as the themes and demons in the songs”

6. Marissa Nadler – The Path to the Clouds (Sacred Bones)

“Folk-noir songstress Marissa Nadler has been a long-time favourite of mine. The Path to the Clouds is her ninth full length, and a real departure from her previous releases. The form of the songs is more eclectic, as is the instrumentation.

Layers of synth and keyboards, and more of an emphasis on soundscape and production beautifully compliment her masterful songwriting. She is a truly visionary storyteller, and this is one of her most fascinating set of songs”

“This year Berlin-based Canadian experimental drone duo Nadja released Luminous Rot on Southern Lord Records. I’m a longtime friend and fan of Aidan and Leah’s work as Nadja, so it really pleased me to see Luminous Rot find a home on such a great label. It also happens to be one of my favourite Nadja albums to date. Focused, tight and super heavy, and also featuring some of Aidan’s best vocals!

“Bristol-based one-woman Black Metal project from Serena Cherry of Svalbard was just what I needed. Skyrim inspired rippers that just suck you in and spin you around, with gorgeous arrangements, searing vocals and soaring guitars! Killer record from start to finish.”

“I’m sure many of you know Lee M Bartow as the mastermind behind Theologian and the Annihilvs Power Electronic label. I’ve been following his work for years, in my opinion he produces some of the most immensely crushing, brilliantly produced and emotionally harrowing Industrial music ever. For Nonextant he is joined by Mike McClatchey of Lament Cityscape and Eric J. Morgan of A Pale Horse Named Death, and the result is a sonic juggernaut.”

“Part two of a monumental collaboration between two visionary Montreal musicians, Thisquietarmy (Eric Quach) and Voivod drummer Away (Michel Langevin). Huge tracks that build up over time, adding layers of epic guitar and pounding, epic percussion! Definitely a trance inducing listen, and one that begs to be listened to at a high volume to really appreciate the density and grandiosity!”

Frozen In Time: This is Darkness playlist – January 2022