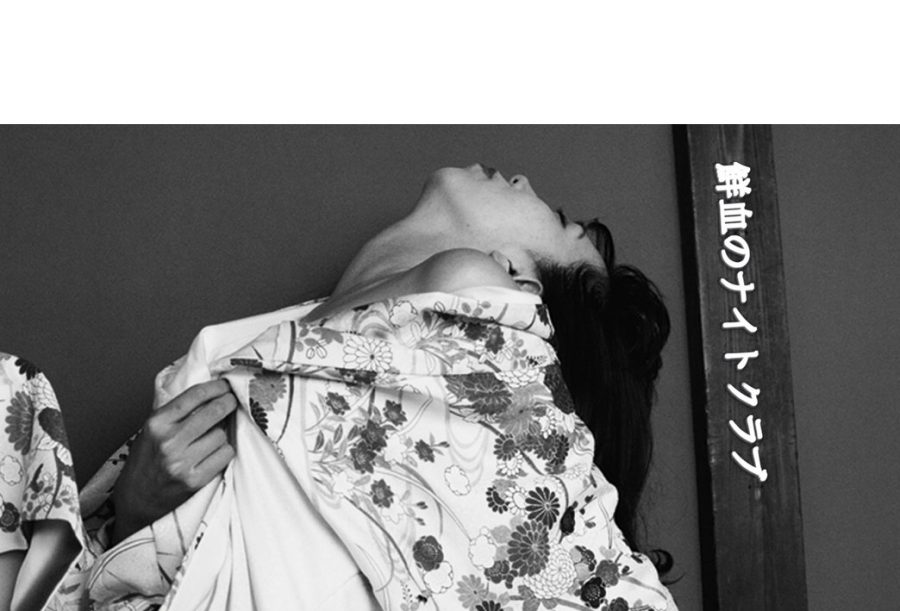 I really want to stress the point from the start that this album should be a revelation to followers of Bohren und der Club of Gore. I’ve been a massive fan of that project for years, and I have desperately hoped that there would be more projects of this style to follow. There certainly are, in a sense. But, the combination of melancholic jazz, dark ambient, and an ear for subtlety and restraint is one that has proven elusive to many of the albums I’ve heard in this corner of musical oddities. Recently, there have been some sparks of interest in this area that I have found more aligned with the sound palette for which I’m searching. But, Shikkoku is consistently committed to combining these elements to a perfection for an entire album.

Speaking of recent releases which come close to this dark jazz perfection, but only for brief moments. The final track on Shikkoku, “Aokigahara Jukai”, reminds me of a combination of Cryo Chamber releases. Flowers for Bodysnatchers and Atrium Carceri certainly come to mind in the piano, while Phonothek and Wordclock elements stand out on the jazz side, with light saxophone elements fading in and out in a ghostly transition, bass gently plucking away. There is a dark and yet fascinating atmosphere created by this music which is truly on par, in my opinion, with the aforementioned projects on Cryo Chamber. It’s easy to make the connection, based on relevant themes. But, the truly impressive part of the connection is on the technical side. “Aokigahara Jukai”, like the entirety of Shikkoku, truly has an atmospheric depth that is magical when heard. 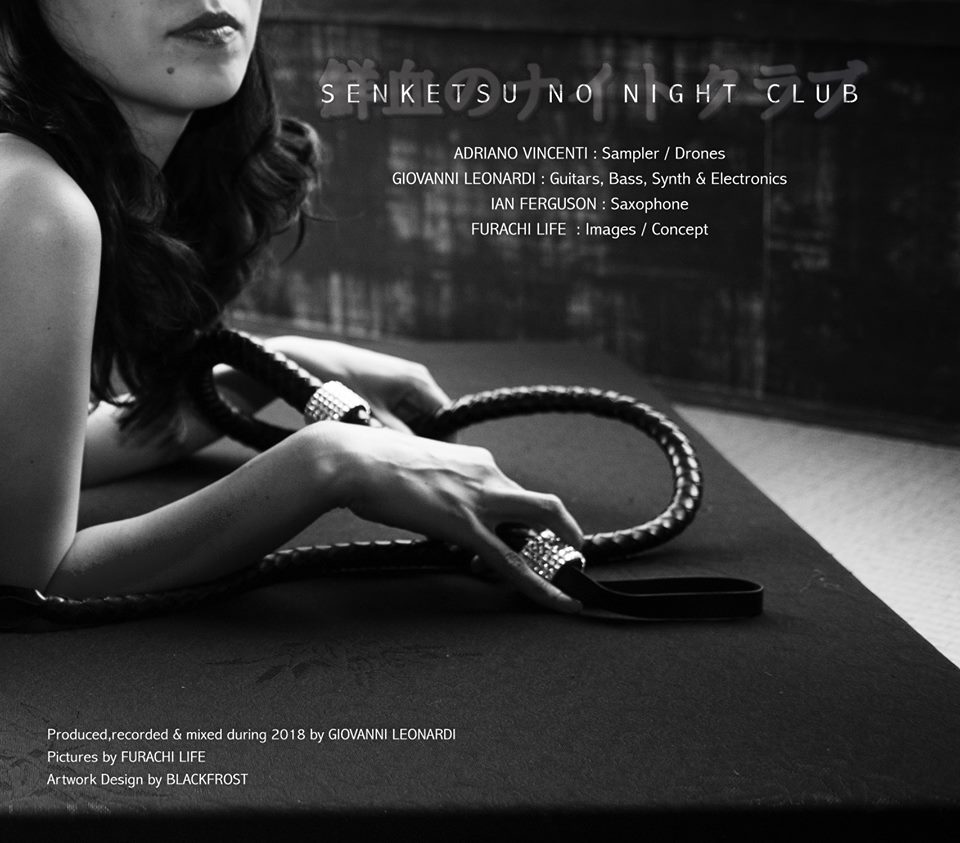 Senketsu no Night Club is comprised of Adriano Vincenti (Zoloft Evra, Macelleria Mobile Di Mezzanotte, Cronaca Nera, Detour Doom Project), Ian Ferguson (The Sarto Klyn V, L’assassinat), Giovanni Leonardi, and Furachi Life. Stated inspiration from material such as “the erotic lyricism of Mishima’s novel Nikutai No Gakko, 愛の渇き, and the eternal clash of Eros and Thanatos by G. Bataille”, shows that Senketsu no Night Club comes at this dark jazz style with a depth and love for their topics which gives them added emphasis. They are truly interested in exploring this Eastern/Western dynamic in a more profound way through dark jazz music. Furachi Life, a Japanese filmmaker as well as sound and performance artist, is considered to be the defining motivating spark behind this project. That she doesn’t contribute musically on Shikkoku, shows how important her influence must be over the structural creativity of the project. Through ideas conveyed to the musicians and through visual artworks conveyed to the audience, Furachi Life is sort of the director of this project, at least from a creative perspective.

Shikkoku has moved much further from the noise roots that were often prevalent on the debut. I am not one for noise music, there are times I will delve into it, but in general it’s a bit too much for me. While Senketsu no Night Club never descended into the chaotic end of that genre for more than brief periods on their previous S/T album, it did make the digestion of their debut album a bit harder for someone preferring a lighter touch. We’ve certainly gotten that lighter touch on Shikkoku. Particularly looking at a track like the closer, “Aokigahara Jukai”, there is a great deal of restraint here. This restraint seems crucial to the combining of all these elements into an entertaining and coherent whole, which will be magnificent to many genre aficionados, but it will also turn the heads of many newcomers. This is music that could be taken on a jazz club tour circuit and find an audience. 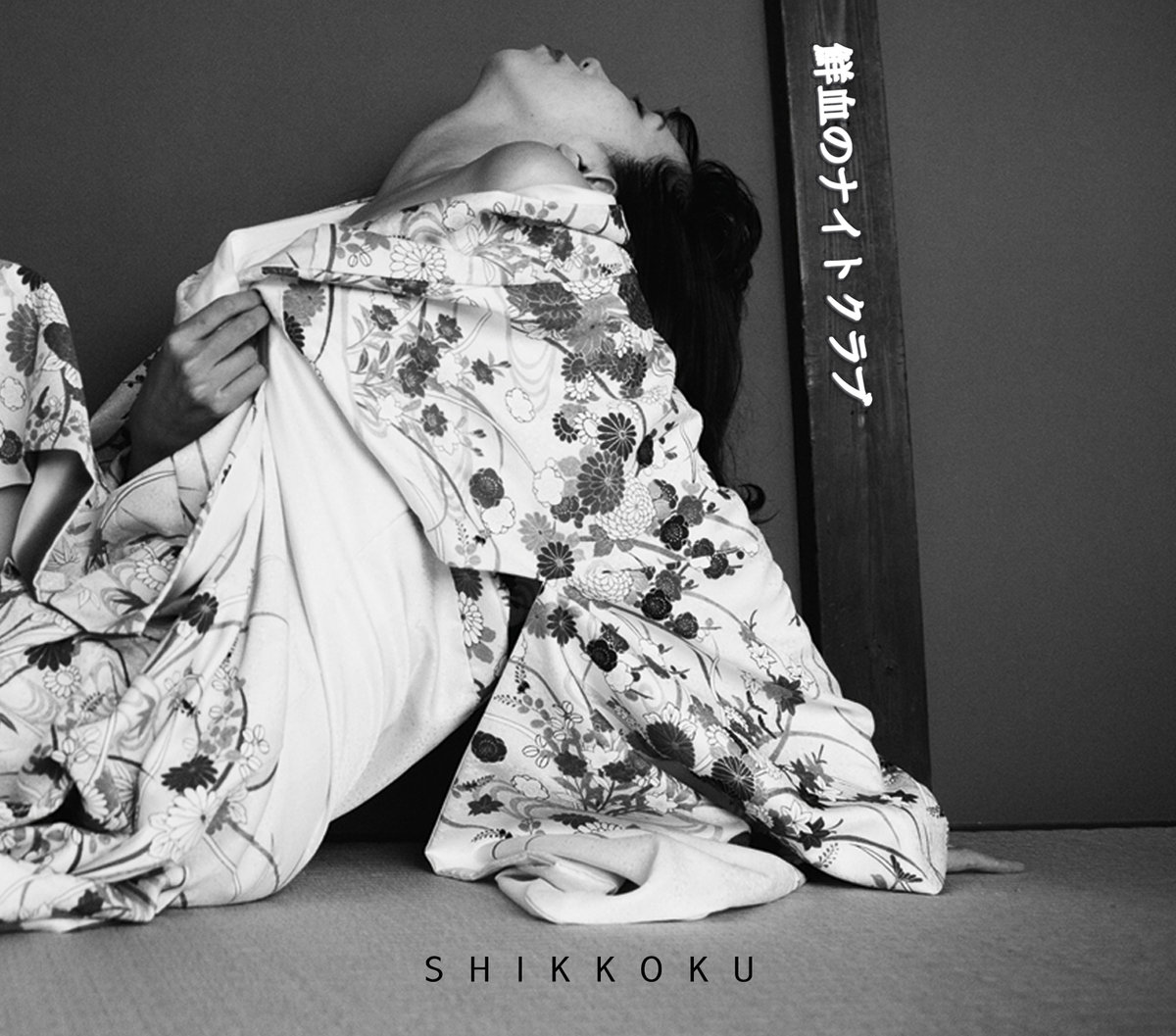 I am more attracted to this dark jazz genre by aesthetics and not technique, so I can’t speak to the jazz technicalities of the album. But, I can certainly say that it hits that perfect spot for me. Comparisons to Bohren und der Club of Gore are obviously inescapable, and warranted. To me, this could be one of their albums. There are images of dark smoky rooms. It might be a proper jazz club. It might be some city apartment overlooking Rome or Tokyo as the taxis drive past. It might be the imperceptible depths of Club Silencio. It could be a troubled detective hunting their killer through the haze of the early morning hours. There are a lot of images to conjure and a lot of things to love about the dark jazz genre.

Shikkoku is definitely a step in the right direction for Senketsu no Night Club. They need not abandon the noise elements. But an album where they are as minimally present as Shikkoku worked out well enough that they should not get too concerned with specifically conforming to their past work. With that said, I suppose their future could take them in any direction. We could see more like this, or more of the noise elements coming back to prominence. I would love to see some more input from Furachi Life, in terms of the sound end of the project. But, this is not a necessity by any means. I highly recommend Shikkoku to dark jazz fans, but I think it should find plenty of acclaim from most discerning dark music fans.