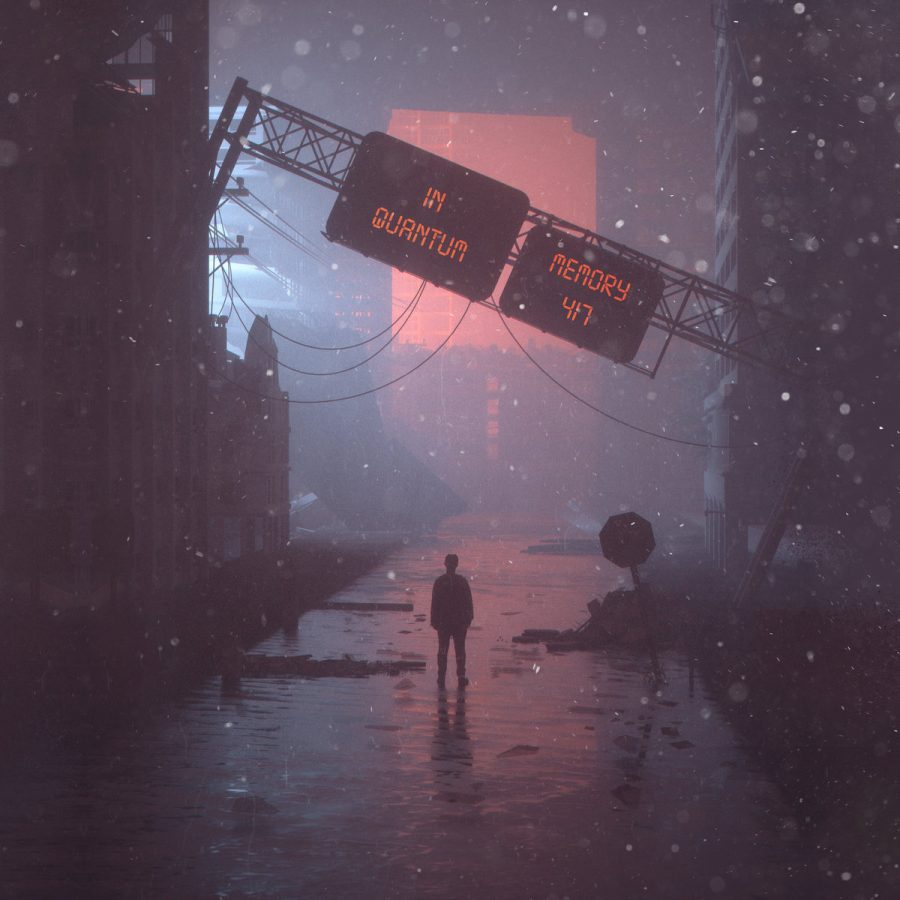 Here is a list: Ruptured World, a Dronny Darko collaboration with RNGMNN (who, it turns out, has been knocking out music for nearly two decades under various monikers), God Body Disconnect, Sphäre Sechs, Alphaxone, Metatron Omega, Ager Sonus, Flowers for Bodysnatchers, a collaboration between Ugasanie and Dronny Darko (again), Mount Shrine, Tomb of Ordeals and Dead Melodies.

What is it? It is a list of releases Cryo Chamber has put out in 2019 alone, alongside its annual ‘Dark Ambient of…’ installment for the previous year. The sheer range of styles is impressive too; compare Alphaxone and Metatron Omega, or any other two artists from the list above, and then make the oft-uttered claim that dark ambient is repetitive. The point I am making is that Cryo Chamber is probably the single most important label in the dark ambient universe. Certainly, the frequency and regularity of releases is surprising, but even more so when you consider the exceptional quality control and attention to detail for which label boss Simon Heath is famous. 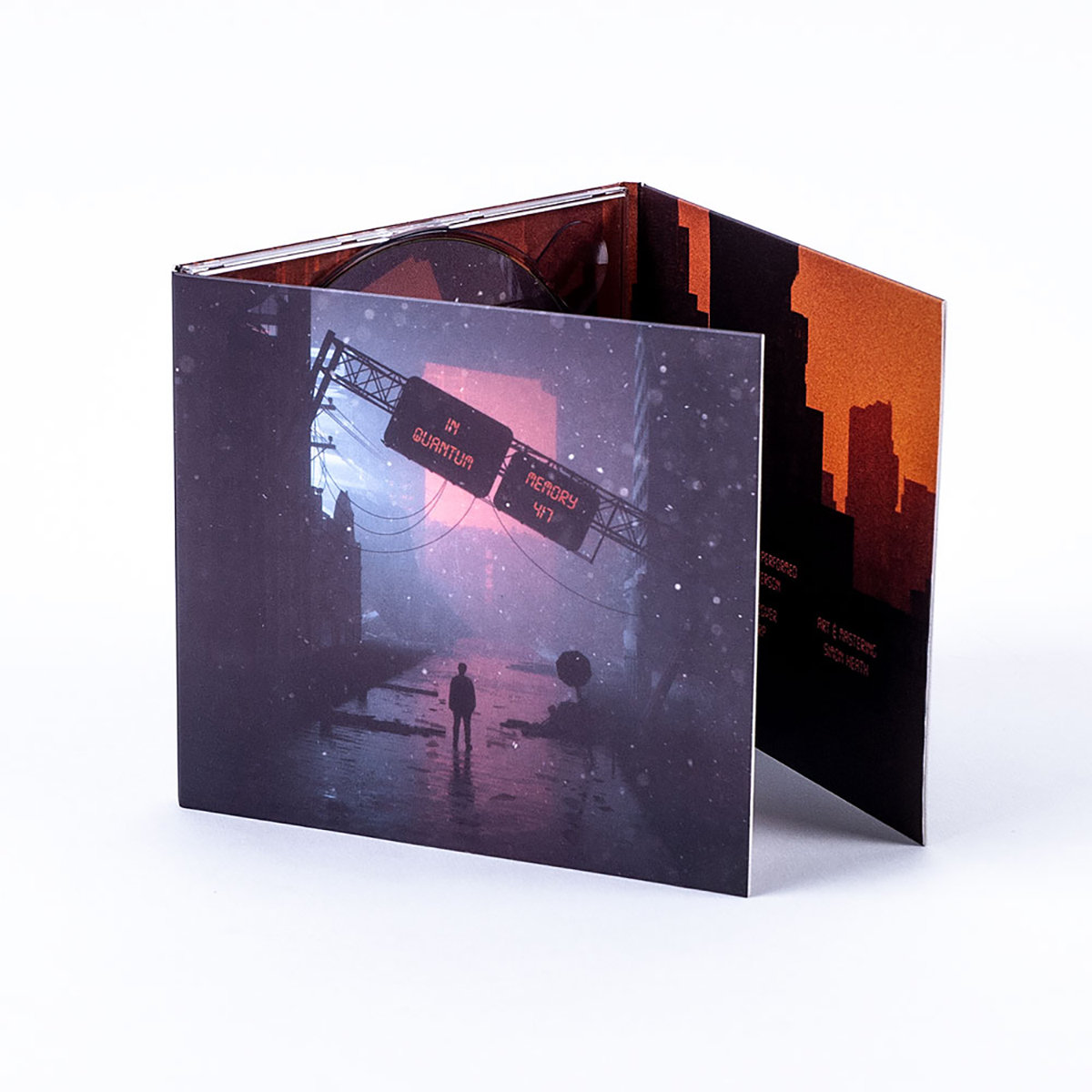 On to this album then – Memory 417 by In Quantum. This is something of a rarity in that it appears to be the work of a brand new, hitherto unknown artist: one Eric Peterson. There are multiple Eric Petersons listed on Discogs, probably the most famous of whom is the founder of thrash metallers Testament. I doubt this is the same guy, but it would be very cool if it was. A new artist on the label is always intriguing because of the unknown quantity they represent; therefore, my ritual of pre-ordering and listening to the pre-release tracks was even more exciting than usual. The Cryo Chamber blurb was enticing too:

This Cyberpunk Ambient album from In Quantum takes you to the mega cities of the future.

“Early Spring 2074
Some say the old days were different. Before cybernetics and the transhumanist revolution. Before the megacorps bought us and our nations, our hopes and our dreams. People back then did not live, work, eat and sleep their lives away within the towering megacorp arcologies. These days only the lucky do so.

Before the megacorps developed the semantic networks, there were us – soulless prototypes with imprinted memories and so cybernetically enhanced that we verge ever on cyber-psychosis. Due to our post-human DNA, programmed for resilience, we work and live in areas where Humans cannot – like Sector 417. A quarantined and irradiated zone where we protect and maintain the filtration, power and sewage systems of the Mega-City. The nuclear fallout from the conflicts of the 50’s is mostly cleaned up thanks to us, though you would never know it.

Water is scarce, and the first war over it is already brewing. We see, but lack the capacity to care. The word Humanity now feels on the tongue like some long-lost dream. A vision of freedom and serenity, turned to coarse sand on our pallets.

We see the riots from up here, red smoke and gunfire as anti-transhumanist chants peal through the city. Humans that are disenfranchised, without value in a new world where semantic networks connect the soulless, making them smarter and more effective. What is a single brain compared to thousands? Sometime recently we diverged from the evolutionary path of the many, and now seem land-locked into evolving into a single mind. A single mind at war with itself and all of creation. A single mind ready to disembowel itself to cut the cancer out.

Warm analogue bass, textural soundspaces and cinematic build ups combine for a unique look into the future of mankind.

However, this could be as interesting as it likes and it would not get read again, were the music not also really, really interesting. Luckily it is. The first track, ‘Anno MMLXXIV’, opens with a horrible groan and a distorted drone reminiscent of Dronny Darko’s terrifying Cryo Chamber debut, Outer Tehom. From then on in, the listener is treated to a lot – soaring synths, increasingly desperate spoken word passages, sub-bass, dark beats, weird arpeggios, sonic booms and the general sense that this is not the work of an inexperienced, new composer. It is assured and confident and refuses to stay safely within the confines of one sub-genre. It has the experimental nature of someone with enough behind them to take risks and also the expertise to pull it off in a way that makes you think ‘what was that!?’ at the same time as feeling that it all fits together seamlessly. 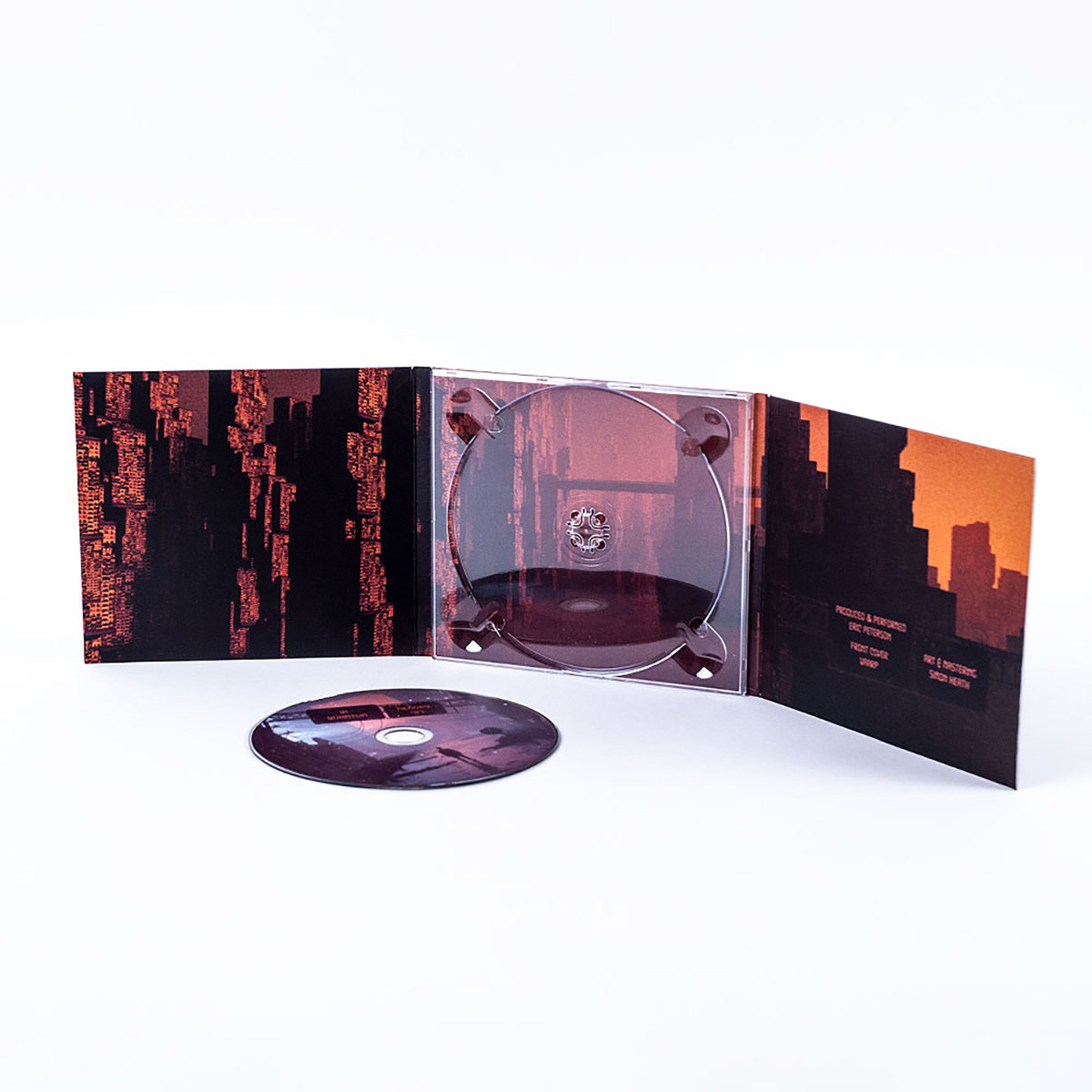 There are still some familiarities to hang on to – the aforementioned Dronny Darko and Sabled Sun to name a couple, but this is, more than anything else, a work that is absolutely bursting at the seams with originality. It is not background music; it requires concentration and repeated listening in order to be fully appreciated. It also reflects the story promised by the description above. The beginning is full of anticipation and it moves to a frantic middle before dropping into a despondent, moribund ending. It is, in short, fantastic.

I have bought all of Cryo Chamber’s releases so far this year and this is the best of the bunch, in my humble opinion. It is varied, wholly original and, what is more, would serve as a perfect introduction to the genre for the uninitiated. It also seems to be representative of Cryo Chamber in 2019 – varied and ultimately ready to break new ground whilst remaining true to its roots. More from In Quantum would be warmly welcomed – I suspect Eric Peterson is only just getting started.

*A quick note on the Sabled Sun connection – the story as detailed on the website suggests a possible link to Sabled Sun’s 21xx universe. This is uncannily similar to the link between Dronny Darko (yet again!) and protoU’s superb collaboration album Earth Songs and the aforementioned creation of Simon Heath. If so, this album would sit, rather interestingly, between tracks 6 and 7 (‘Singularity [2045 AD]’ and ‘Leaving Earth [2135 AD]’) of that Earth Songs album. This is borne out by the date given for this album, being “Early Spring 2074”. I’ll just leave that there… 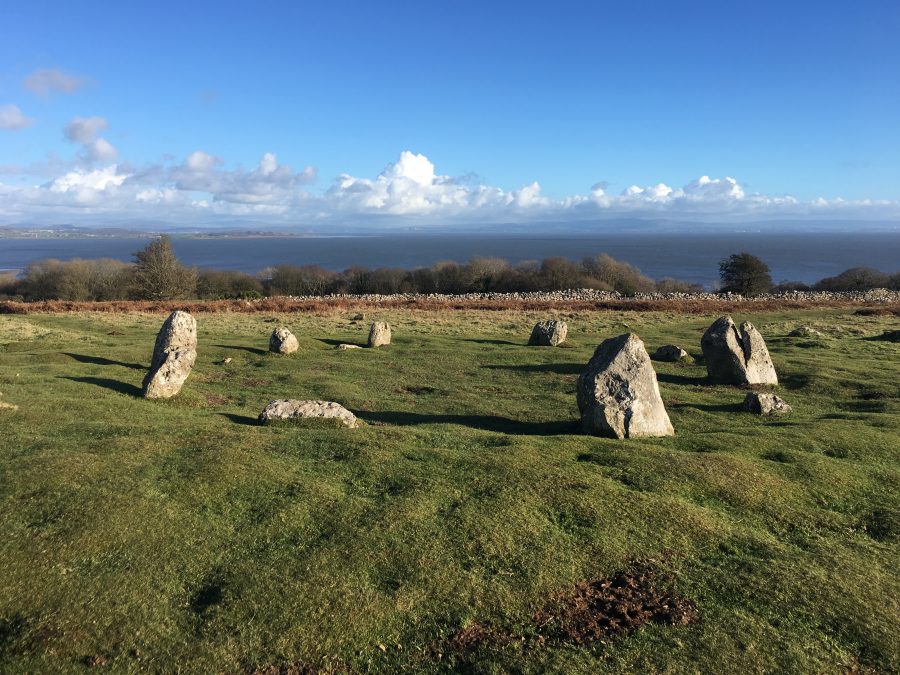 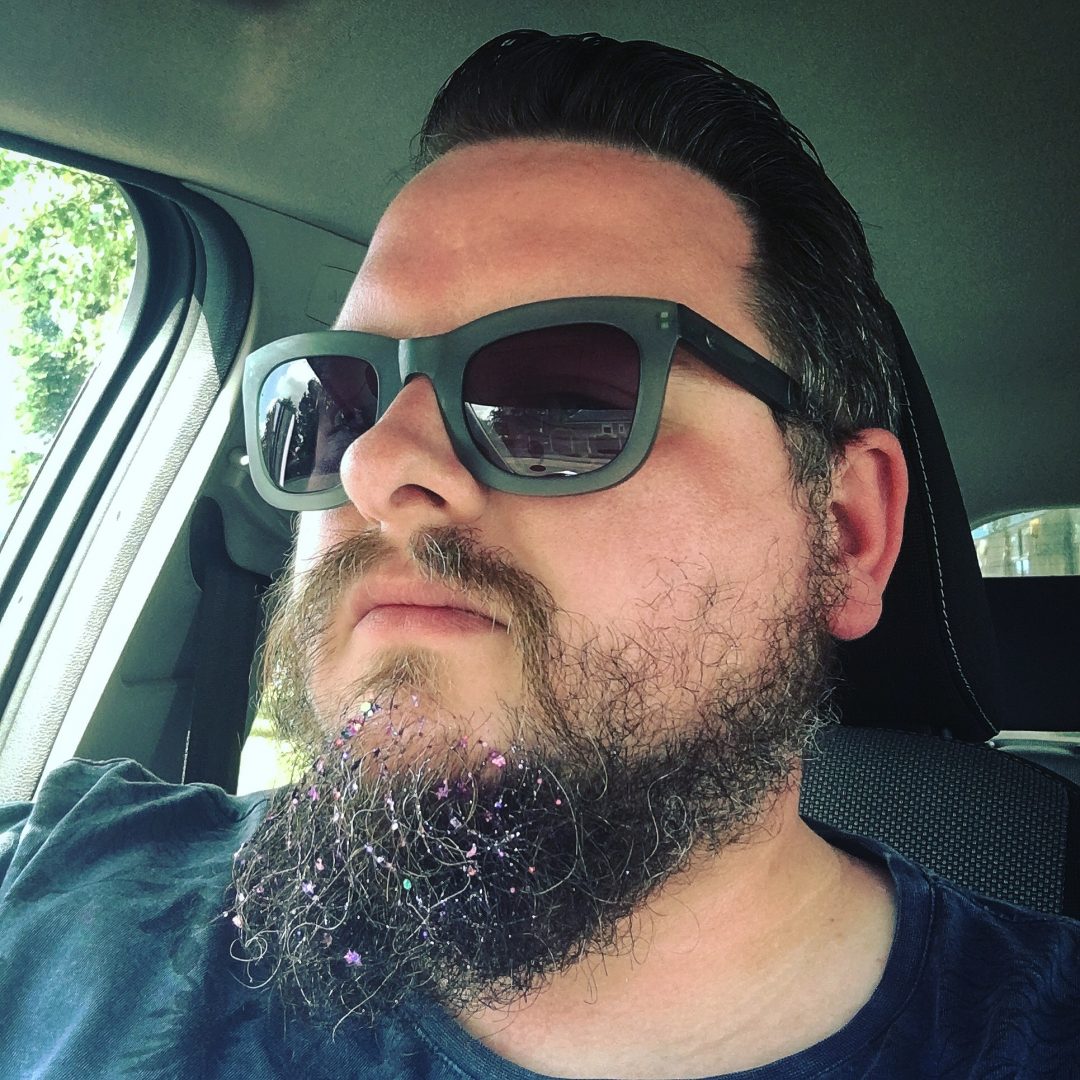 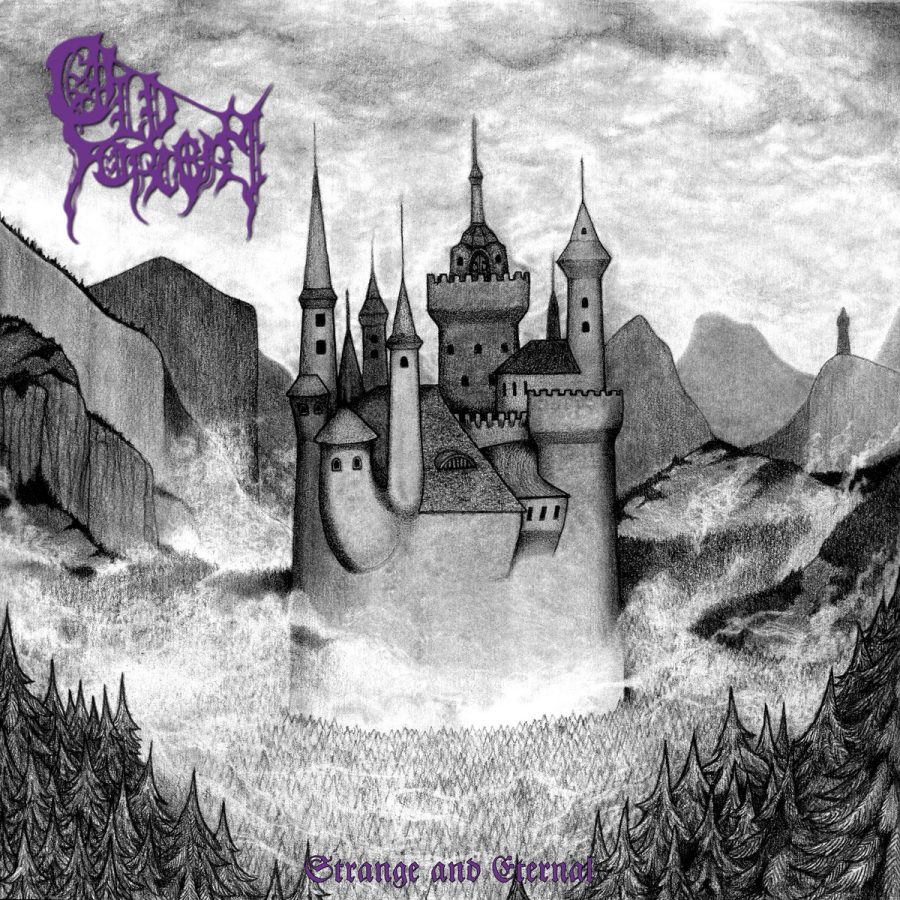