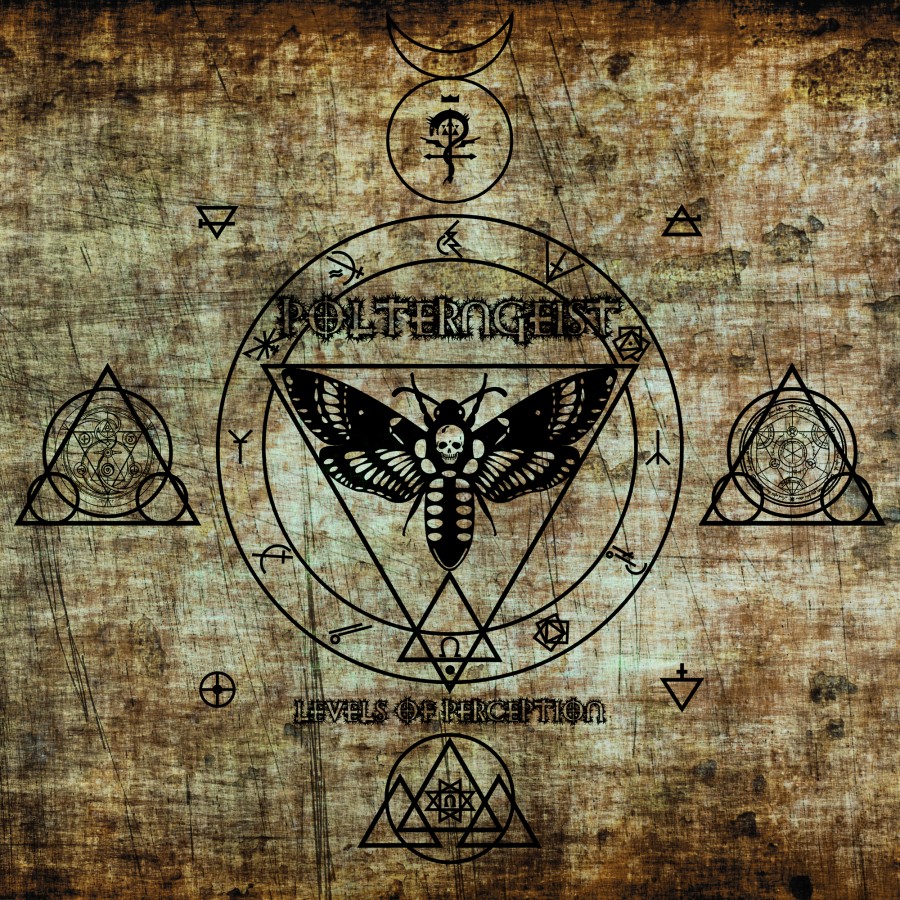 Polterngeist is the side-project of Pavel Malyshkin, best known as Ugasanie. Hailing from Belarus, Pavel has created over the years a sound which is uniquely recognizable. His work as Ugasanie focuses on frozen landscapes and the supernatural occurrences which present themselves within these barren lands. A recurring theme throughout much of his work is the effects that these supernatural occurrences have on the mind. Sometimes this takes the form of some malign deity consuming one’s soul, and sending them rushing into the elements, forfeiting their lives in the process. While at other times, it tells the narrative of northern shamans, purposefully communicating with these deities, bringing themselves in contact with the netherworld.

Levels of Perception is the third release as Polterngeist. The focus of this project always contains a great deal of field recordings, twisted and manipulated beyond recognition. In fact, the name of this recent album, Levels of Perception, is a very fitting cue to this process. On some tracks what we hear is clearly understood. The origins of the field recordings are recognizable immediately. Laughing children, gusts of wind, spoken poetry. Yet at other times the perception of the sounds becomes subliminal, almost impossible to decipher. Polterngeist manipulates the sounds over and over, producing a final product which is thick with atmosphere, haunting in emotion, and yet hard to pin down, beyond the levels of perception that our human minds can process.

All three albums under the moniker of Polterngeist have been overwhelmingly disturbing in nature, they haunt the subconscious. Giving rise to fears, without fully comprehending their origins. Levels of Perception takes this template to a new level. The work presented here is, to me, the most direct and pronounced example of the Polterngeist style to date. Malyshkin seems to have fully realized his format for this project and doubled down on its trademarks.

The album starts off with a definite darkness. Thick black ambient atmospheres draw us into the void. Overwhelming washes of bass-driven drones from field recording samples grip the listener. As the album progresses this phenomenon only increases. By midway we are given a true dose of horror on “Integration Disorder” a child’s voice plays in reverse, delivering some twisted tale of gnomes. The following track “Behind Me Satan” drives us even further into the darkness. The overall theme seems to be of some demonic entity, possibly Satan himself, overtaking this child, or even a whole community. The thick windy elements are always present, placing this scenario in the depths of dark winter, in the far north.

There were a lot of vocal samples used here. Not knowing Russian, I requested that Malyshkin give a rough translation of these elements, if they are to increase the understanding of the project. Pavel was kind enough to produce this transcript for us English speakers, so I will share some sections of that document here, to help listeners further understand, and better engulf themselves in the story.

“Double Direction” takes on a sort of scientific study. There is a man speaking fragments of information over a ghastly dark backdrop, these thick atmospheres supplemented with the screams and cries of some unfortunate person. The following is a transcript of some of these fragments:

… recombination or redecorating within one organism is almost unlimited …
… but here too many difficult explanations have appeared: for example, the hand with the transplanted fingers from the foot sometimes starts to act quite differently, as if the fingers carry the inherent stamina of the legs …
… the original design of the metal joint implied the possibility of elongation of the limb …
… however, the overall coordination of the movement became inexplicable …
… as a result, to change the functions of an organ, it is sufficient to transplant only the marking part of the other …
… but very often the hand suddenly stopped working even within the limits of its normal capabilities. Some kind of natural protection worked …
… the main part of the work was determined: it is an opportunity to influence the control of the brain …
… the finger was sorted out and from the natural components was collected already depending on the task …
… cadaveric blood can function in the human body …
… operations of this kind are not designed to use general anesthesia …
… in the ongoing studies, it was often necessary to reach a certain point, sometimes simply open the channel for permanent operation, either for a single exposure, or for implanting a sensor or microgenerator …
… everything is built on the strictest fixation of points inside a special rigid metal structure …
… if the slightest deviation occurs … a protective obstacle to external fluctuations … death removes this protection …
… if a living person transfuses cadaveric blood, it will not be different, but unlike a natural person, he is not protected from the effects of the swinging frequencies, which in case of occurrence make him a biological robot …
… getting from one corpse to three liters of blood …
… blood must be produced no later than six hours after death …

“When the Thread Breaks”, the final track of the album contains another excerpt of a man speaking in Russian. The sounds here are again hauntingly dark, yet a bit more reserved this time in delivery. The drones are hollow, metallic. We seem to be more in an introspective mental state this time, than in a barren landscape. The man speaks a poem, which goes as follows:

When the Thread Breaks – an excerpt from the poem by A. Vvedensky
I’m not familiar with time,
I see him on whom?
How do you feel about your time?
It is a fiction, it is ideal.
Was there a day? Was.
It was night? Was.
I did not forget anything.
You see the four corners?
Were there corners? Were.
Are there corners? Tell me it’s not, devil.
Day is night in the soap.
All your time is a rope.
It stretches, stretches.
And cut, on hands remains.

Hopefully these transcripts will help listeners to find a greater understanding of the album. Each person will take away from this what they please, full analysis is left up to the individual, with a guiding hand from myself and these transcripts. If you find Ugasanie to be a compelling listen, I urge listeners to engage in this trilogy of releases under the Polterngeist moniker. Malyshkin is one of the best in the genre at building atmospheres steeped in occult phenomena. Levels of Perception is a worthy companion to its predecessors. If one is not too fearful, the journey through these albums will be a rewarding experience.