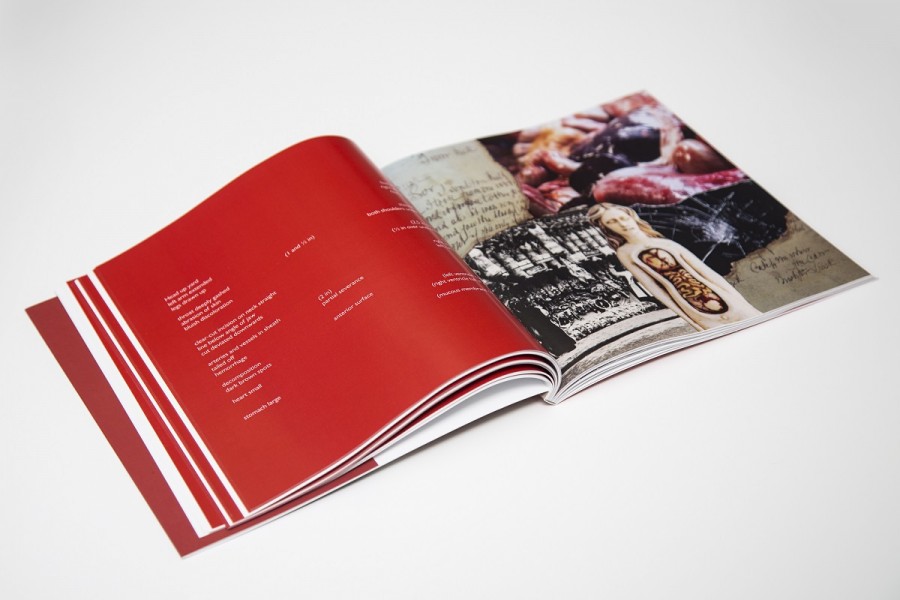 Infinity Land Press is continuing to prove itself to be one of the most exciting new developments in the world of book publication. Since the company’s inception a few short years ago, they have already brought together a combination of art-books and psychological treaties which firmly set them apart from anything that could be 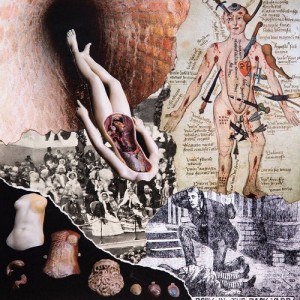 considered a normal format. The Void Ratio by Shane Levene and Karolina Urbaniak brought together photography and poetry to form a powerful picture of the life of mental destabilization matched to crippling drug addiction. Altered Balance by Jeremy Reed and Karolina Urbaniak delivered an unorthodox variation of a tribute to Coil, through the memoirs of Reed and the emotive monochrome photography of Urbaniak. The Rorschach Text by Martin Bladh showcased his brilliant use of collage in creating a narrative. Many of these elements have come together in DARKLEAKS – The Ripper Genome to form what I consider to be the best work yet by Infinity Land Press. Bladh, Reed and Urbaniak bring to the project their own unique talents forming a powerful portal which transports readers throughout landscapes and thoughtscapes to help us understand the inner workings of this so-called ‘ripper genome’, the tendency throughout recent history for various people to share in a sort of template which draws them toward murder as an art form or even a religious rite in some instances.

As explained by Stephen Barber in the introduction, Reed and Bladh both perform their own sort of ‘cuts’ throughout the book, bringing their work in harmony with the knife work of Jack the Ripper. As they narrate stories bringing other figures throughout history into the context of a sort of split personality disorder, believing or disbelieving themselves to be Jack the Ripper reincarnated, they are in essence becoming part of the story themselves, taking on the murderous knife work of Jack the Ripper through their own media. Jeremy Reed makes ‘cuts’ into various times of history, embodying historical figures such as Burroughs, Baudelaire and Sickert. 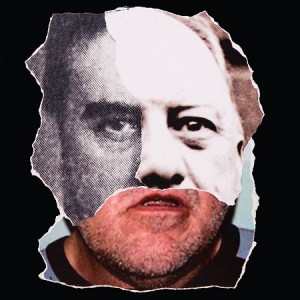 While Martin Bladh’s cuts are even more literal. Martin uses the scalpel to cut the pieces for his collages which at times bring the faces of two or three different men together, as if drawing them all into a set narrative. For me, the most frightening example of this was toward the end of the book where he combines Aleister Crowley, Anthony Hardy and the physician who was believed to be Jack the Ripper himself, adorning the right page. With the clippings from three articles detailing the works of these three men on its opposite. The combination is a fitting example of the way this entire book works. We are given snippets, flashbacks and narrated accounts of the thoughts and desires of so many different people throughout recent history, since the time of Jack the Ripper. This amalgamation of swirling narratives comes together to form a picture of this ‘ripper genome’, this hardwiring of the brain in some people which naturally inclines it toward these savage deeds.

Reed moves between the narratives of the victim, the killer, and random figures who aren’t sure if they are the killer or not, as well as people who glorify the killings. The story of Brother Martin (pg102) combines a little of all these elements. It takes the perspective of the victim, as the killer excitedly tells her the supposed old tale of a Brother Martin who killed many people, including his sister. She is spooked and leaves, having nightmares about the man. A few days later he finds her in the streets, exclaims that he is Brother Martin as he murders her.

Sometimes Reed will only focus on the atmosphere of the London streets, always coming back to the presence of a thick fog. He uses colors, emotions, disjointed 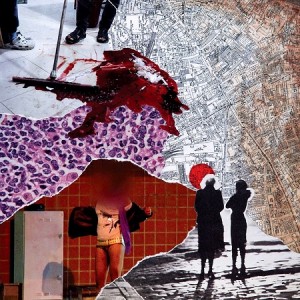 narratives and allegories to bring the reader stumbling toward an understanding of the whole theme. To add even more complexity, and often disorientation to the mix, Reed hops from prose to poetry and back again. Some tales from the view of our modern times, others taking place in the late 1800s – early 1900s.

Reed moves for a section through the streets of London, blinded by fog from the Thames. He recollects a conversation with Sleazy of Coil, they reminisce about Balance, alcoholic turned visionary. About how they created music which recollected their time travels, rather than trying to induce them for the listener. Sleazy relates a story about how him and Balance had witnessed the Jack the Ripper murders in a mushroom-induced interpersonal vision. The killer was Michael Maybrick, they concluded, a sort of celebrity/pop star in his time.

We find out, through various newspaper and magazine clippings toward the end of the book, much of what we may have been missing throughout the narrative. For example, we find that, “After the stroke Sickert would have ‘ripper periods’ in which he would dress up like the murderer and walk about like that for weeks on end.” Many examples could be shown of what at first seems to be random, disjointed snippets later proving to be crucial elements of the whole.

Martin Bladh takes on a more direct form with his writings. Each piece of text is accompanied by a collage… or vice-versa. The text is most often an imagined or real note written by a murderer to the police. Taking on the persona of the killer himself, Martin uses misspelled words, archaic phrasing, and a sharp sense of humor to lure the reader into the mind of the killer. Sometimes the notes seem to be written by more than one person, is the note from the killer or is it a fake written to seem like it is by the killer? Martin makes this conundrum central to his narrative. Sometimes the killer will take on the mantle of godly vigilante, as showcased in Martin’s work ‘Good Morning Amen’ on page 109. At other times Martin will take us directly to the crime scene, with a detailed list of the wounds and positions of the murdered body. As if he is the contemporary crime scene investigator.

The last piece in this brilliant collection is only included in the Limited Edition Boxset. A six track CD brings some of the sections of DARKLEAKS to life in the form of spoken word over a dark and cinematic soundtrack. Karolina Urbaniak, on her first foray into music, produces a set of tracks which reflect the disjointed snippets of story. Her soundscapes include many field recordings. We hear footsteps, dripping waters, slashing knives and screaming victims in their death-throes. Over this backdrop the tracks are distributed between Martin Bladh and Jeremy Reed with spoken-word excerpts from the book. Bladh, also vocalist for 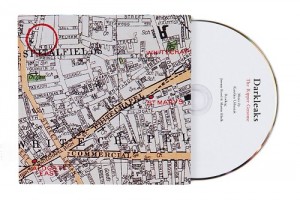 IRM and Skin Area, takes on one of his more chilling vocal styles reading several of his notes written by the killers. While Reed recites some of the more poetic clips from his works. With the disc being full of spoken-word elements it should be looked at as its own individual addition to the set, not as a background listen when reading. Each track helps color the stories in even more detail, bringing each segment to life in a totally different format from the written words and collages.

For anyone that is already familiar with the works of Infinity Land Press, this purchase should be a no-brainer. As described above, I truly believe DARKLEAKS brings together the finest elements of each of its contributors. The years’ experience of Reed and Bladh are brought to a pinnacle on DARKLEAKS. While the experimental elements of the accompanying disc prove to be an utter success. This could be the perfect entry point for discovery of the works of Infinity Land Press, giving readers a bit of an introduction to many of the contributors to other works in their catalog of releases. DARKLEAKS is a whirlwind of emotions and contrasting styles which keep it fresh and engaging from introduction to conclusion.