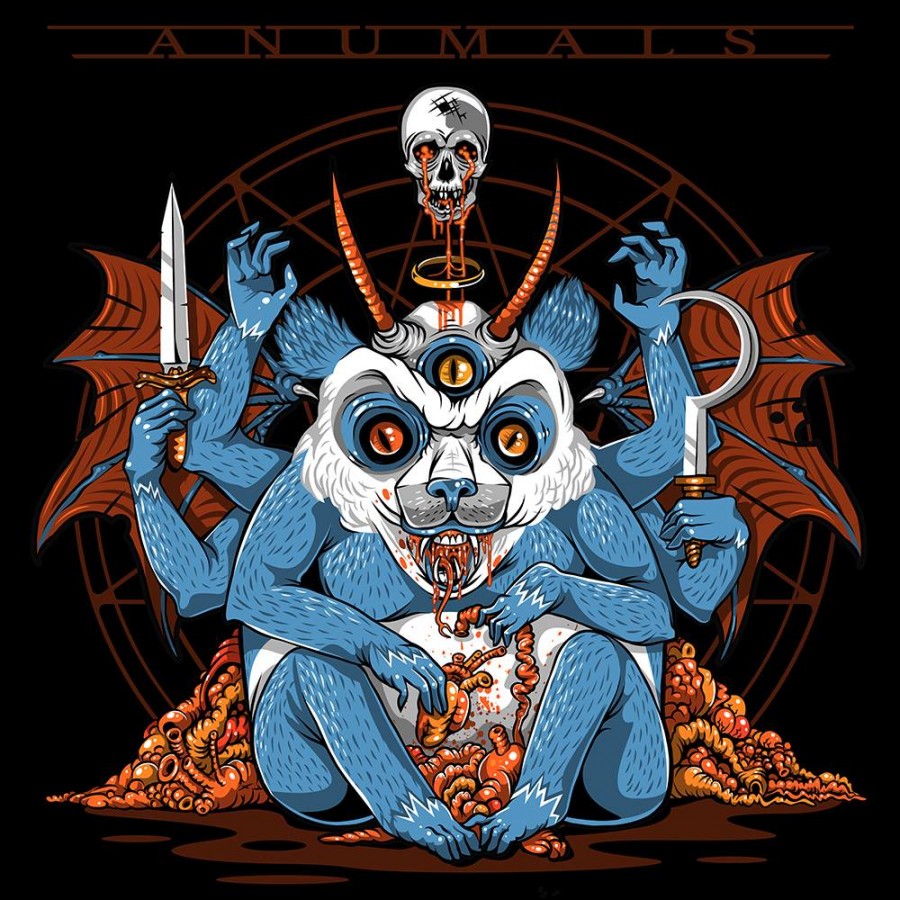 Editor’s Note: As the first review in the “On the Periphery” section. I should first explain a bit about this section. Dark ambient is one of my many loves in the world. The purpose of This Is Darkness is for it to be a hub. A place where dark ambient fans from around the world can find news, interviews, reviews, mixes, etc. all pertaining to things that they, as dark ambient fans, would find interesting. The second goal is to bring in new dark ambient listeners. This second goal will be possible through devoting some attention to things outside the dark ambient genre, but still very relevant to, hopefully, the majority of its fans.

This release is not dark ambient. It is not ambient at all. It is in fact a rap/hip-hop album. However, aside from the actual genre of the music, there are a lot of glaring similarities to be made. While this may not always be the case in the style and execution of the music, it is fair to say that these similarities are constant in the subject matter.

I first stumbled across the sounds of Summon probably two years ago. At this point, I honestly have no clue of exactly when and where I made the discovery. But the music sounded really unique and had that edge of darkness for which I’m always looking. As is usually my habit, I immediately began to follow the man behind the music. It became quickly apparent how many things we had in common. From musical interests like Sigur Rós, Chelsea Wolfe, CocoRosie, etc. to film directors, David Lynch in particular.

When Summon released this album last fall, I was not in a position to review it. My old stomping grounds of Terra Relicta, was not exactly the place to cover occult-themed hip-hop music. Upon founding This Is Darkness, it became possible for me to branch out in any direction which I saw fit and relevant, so here we are!

Since around 2011, Summon has been creating his form of “dark hip-hop”. I’m not talking about sounds like the trap-kings Three 6 Mafia, nor is this like the artists Bones of more recent fame. It is especially unlike the clowns in ICP! Summon immediately struck me as having a sincerity and depth that went well beyond a love for horror films or some gimmick to separate him from the flock. The music flows from the soul, and it’s immediately recognizable as such. While this does a lot for an artist’s integrity, it often doesn’t do much for their fame.

A guy in Albuquerque, New Mexico rapping about subjects such as Aleister Crowley or H.P. Lovecraft is not exactly in a position to take the hip-hop industry by storm. Yet, what Summon has done is to slowly solidify himself as the backbone of the Albuquerque music scene. Summon always features plenty of local talent in his albums and never forgets to give due credit to his fans and supporters. Along the way, he’s poured his heart and soul into the running of music promotion for his local clubs.

Now, I should get specifically into the sounds of this Anumals album. As afore mentioned, Summon has a great deal of interest in the occult. The album opens with an audio clip of Aleister Crowley speaking. If there were ever a moment of question about what the kind of subject matter we would find in this album, it is immediately answered.

As we move into the following track, “ON3WAY” (feat. Sapience Christ), we get into some of the actual music. Sapience Christ sings in a very unusual and quite interesting manner throughout the track. Summon contributes the verses, which on this track show some of the similarities between his style and those of some other underground rappers such as Sole and Doseone. His lyrical flow is fast paced, yet constrained and always intelligible.

The next two tracks “OP3NBO0K” and “M3MO(R3)BO0T” are easily comparable for me to hip-hop greats Wu-Tang Clan. The production has that 70s cinematic feel to it, similar to the sounds that brought RZA to fame.

If comparisons to other artists must be made, which in the case of writing reviews I see it as necessary more often than not, Summon stays relatively consistent in his similarities between early Anticon Records artists and those of the Wu-Tang Clan. But these comparisons don’t reflect an artist who is taking the style of others and attributing it to himself. He often moves from rapping to singing and back again. He is similar to some sounds of other artists at one moment, then his next verse will take on a style, totally unique to himself.

Anumals is a truly unique experience. If you hate hip-hop, I doubt you are going to be swayed. But if you do enjoy this genre or at least the occasional song within it, you should find a good bit to love about the dark/horror/occult themes on Anumals. While the sounds themselves are often far from those of dark ambient, the themes, samples, and lyrics of the music should be welcome content for dark ambient fans with an open mind.

Editor’s note: With this being the first “On the Periphery” review, I would be very pleased to hear as much feedback as possible. What do you think of the concept of “On the Periphery”? Do the sounds of Summon resonate with you in any way as a dark ambient fan? Does this development make you happy or are you reading this thinking WTF?