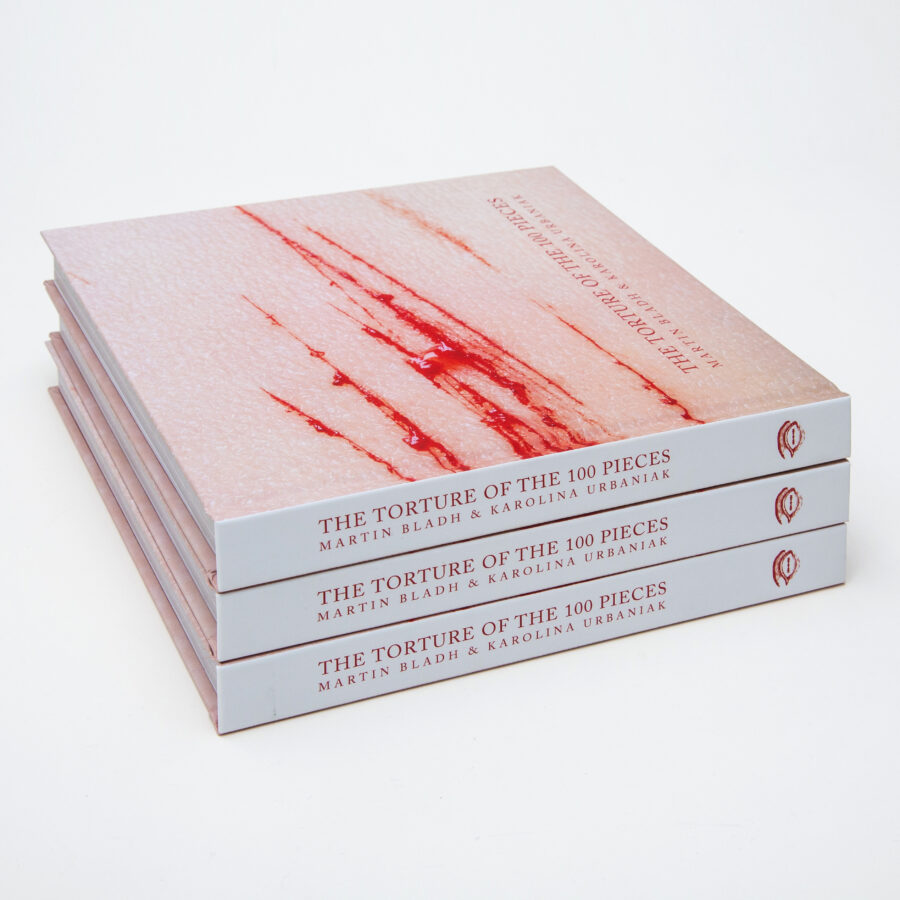 The Torture of the 100 Pieces takes us on a visual journey across eight years and the landscape of Martin Bladh’s flesh. We follow this journey through the gaze of Karolina Urbaniak’s camera lens. The book uses as reference, George Bataille’s obsession with Lingchi, an ancient Chinese method of torture, which was brought to his attention by a set of photographs, gifted to Bataille by the psychoanalyst/psychiatrist Adrien Borel. These photos display the execution of Fu Chou Li by Lingchi or ‘death of 100 cuts’. These photos fascinated Bataille for the rest of his life, and he spoke of them often, which in turn led Martin Bladh to develop his own obsession with the photos and theme. 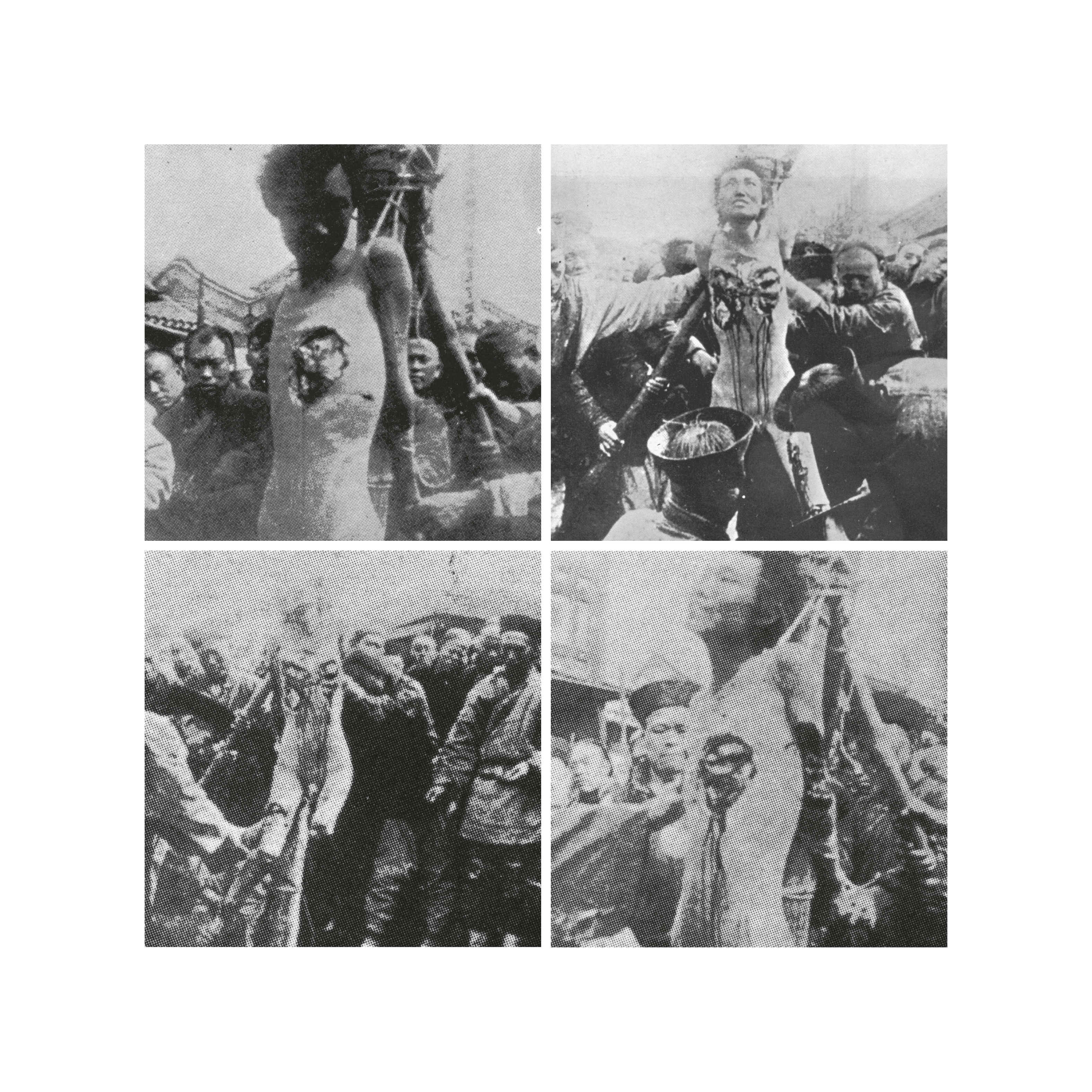 It is not at all unlikely that Martin Bladh would decide to undergo such an intense series of acts/performances in order to craft such a unique book as this. Going back to his first publicly released experimentations with short film, we see Bladh in 2009’s DES (included in Epicurean Escapism I) experimenting with the visual aesthetics of his own death and mutilation. However, at that point in time, Bladh was using insinuation and paints/makeup/chalk in order to bring these concepts to realization for the audience. We had to use our imagination a bit in order to get the full effect. 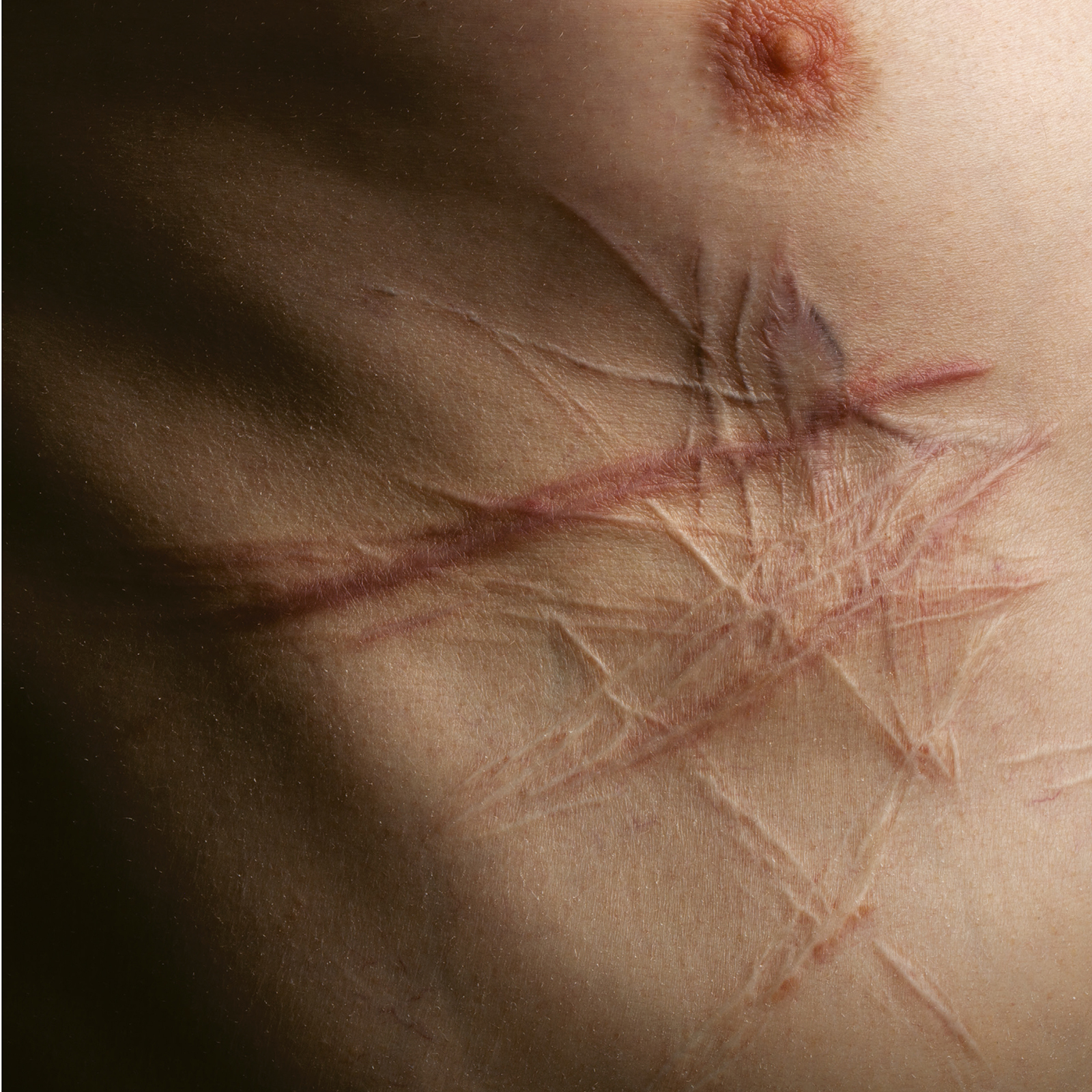 It wouldn’t be long after the DES short-film, before Bladh began to take these themes a drastic step further. Inflicting actual bodily harms upon himself, and allowing Karolina Urbaniak to document the wounds…

So, The Torture of the 100 Pieces is a literal documentation of the tortures of Martin Bladh, through the selection of 100 photographs. We are given the visceral and often repulsing images in an incredibly clear and magnified presentation. Karolina Urbaniak really shines with this release. Her photography skills have graced the covers of several excellent albums, as well as the pages of an ever-increasing number of books, almost exclusively through Bladh & Urbaniak’s own Infinity Land Press. Karolina Urbaniak has previously honed her skills in the use of macro-lenses, which bring into detailed focused incredibly tiny subject matter. This skill/technique lent itself especially well to the works in this book. Some of the photography takes a step back, we can see portions of an arm or a quadrant of the torso. Yet, other photographs are extremely magnified and detailed, closing in on a tiny wound, which may only cover a very miniscule area of the body, but in which the colors of the incised, burnt, or bruised are brilliantly displayed. 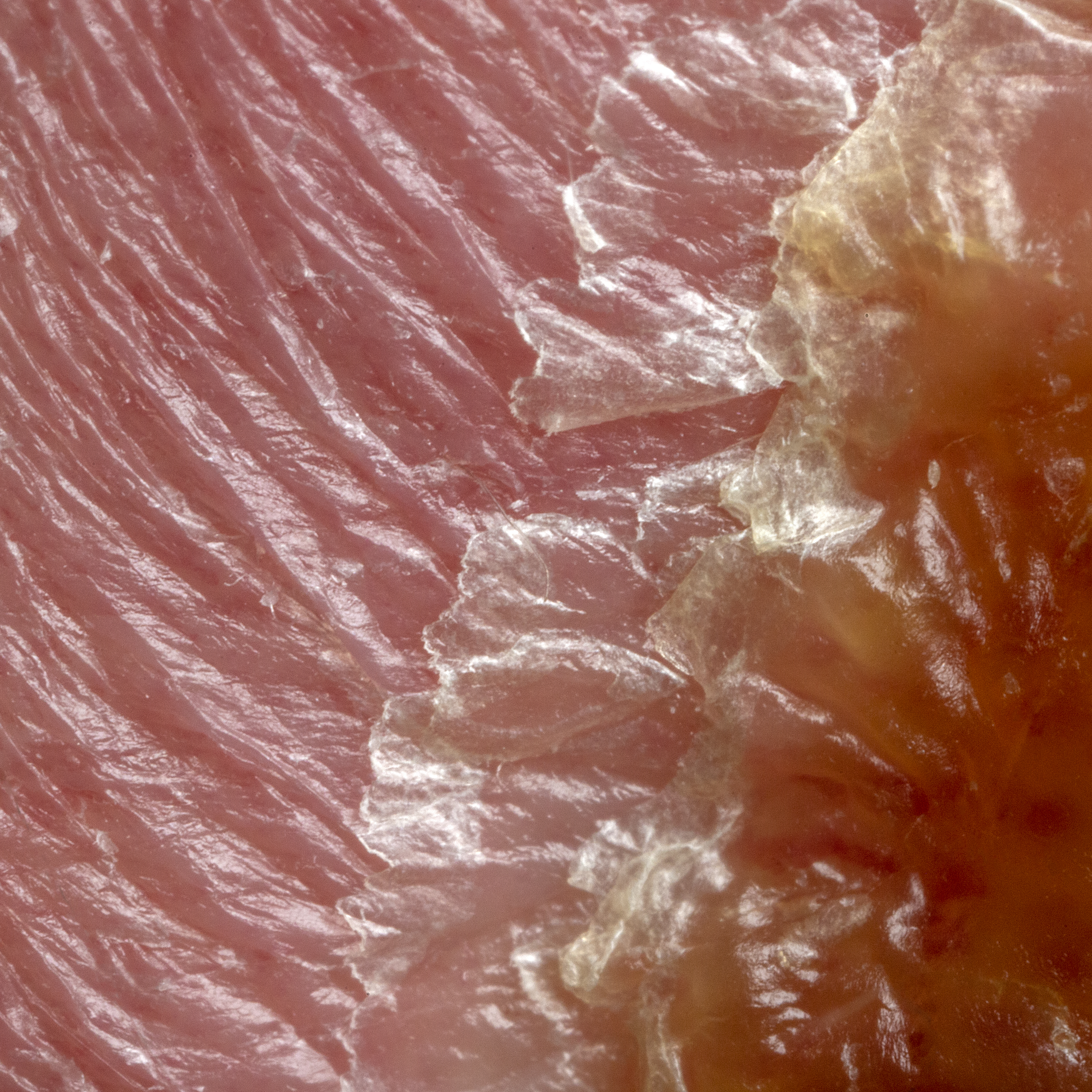 The subject itself is grotesque. It would/should turn the stomach of many. But, for those that are brave enough to take a tour of the ‘woundscape’ of Martin Bladh’s body, you are in for a truly once in a lifetime experience. To my knowledge, no other artist has taken these themes remotely close to the lengths Bladh has within The Torture of the 100 Pieces. Images like these would only previously have been seen in rare instances within the pages of some true-crime book, medical journal, or the like. The closest we can come to seeing a willing participant create such acts/art is in the chaotic life of G.G. Allin, who infamously took to the stage in order to do a reading, which instead descended into an alcohol-fueled assault on his own flesh with a halved beer can. But, that performance was chaotic and spontaneous, in no way did it appear deliberate, and certainly not considering aesthetically worthwhile documentation.

Bladh and Urbaniak have delivered a true horror in these pages. But, the way they have done it is as methodical as a clinical trial, documenting every step in a process which doesn’t always have a clear conclusion. Often, Bladh inflicts the damages upon himself, and Urbaniak takes the role of photographer. But, at other times Urbaniak is forced by logistical necessity to take the reins of the act of violence. When necessary, she inflicts the wounds, then returns to her camera, to document the handiwork. 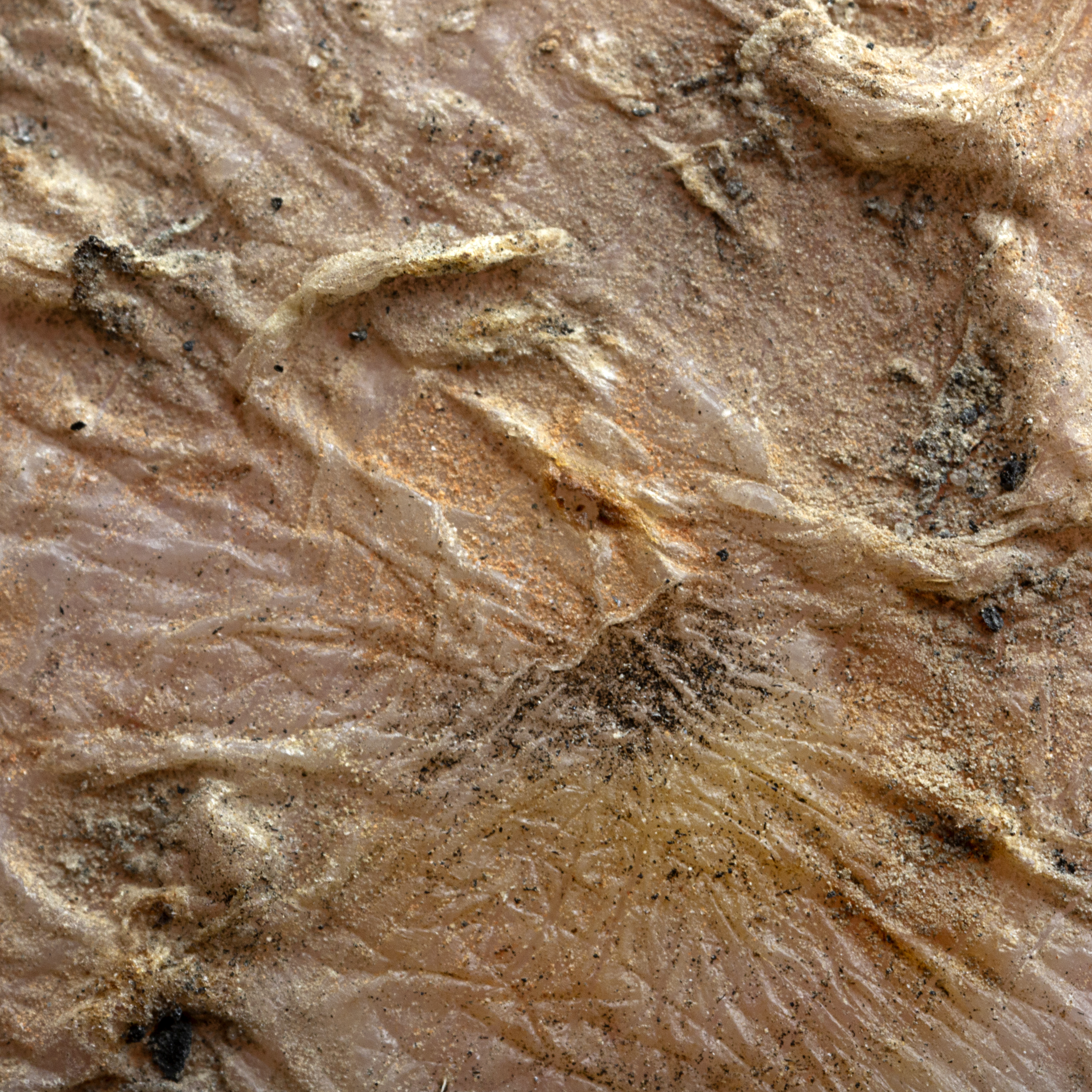 While the images themselves are absolutely the main focus of this book, they are not its entirety. There is a lengthy intro section of the book. Starting with a thoughtful essay by Jack Sargeant, the stage and audience expectations are set for the horrors that are to follow. We get a historical look at similar acts/documentations and a clear picture of Bladh’s visual and literary motivations for such a hellish journey. The introduction is followed by a lengthy back and forth, a conversation which never happened, but is superimposed upon the pages nonetheless, between Bladh and Georges Bataille. 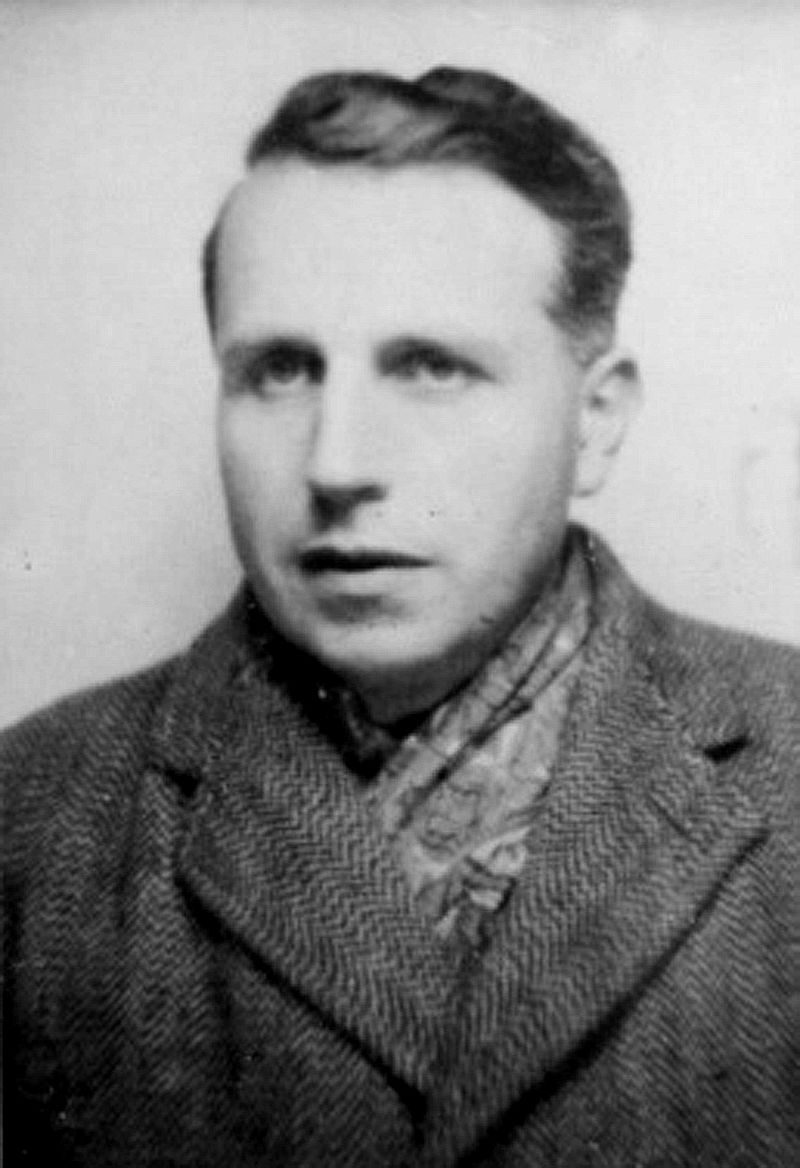 Moving forward, we are presented with a format which follows through the majority of the book: a chosen selection of writings on the left page and one of the 100 selected photographs of Bladh’s mutilated body on the right. Bladh chose each of the text snippets from his extensive collection relating to this topic. We are presented with snippets from many of his own previous works, like Marty Page (which I reviewed here), To Putrefaction and The Rorschach Text, to name a few. But there are also a great deal of other authors chosen: many quotes from Georges Batille, some from Antonin Artaud, Stephen Barber, Dennis Cooper, Elliot Leyton, and many more. Some from newspaper clips, some from medical texts, others from biographies of serial killers. Brought together in a controlled chaos, similar in stylistic execution to that of Bladh’s own collages, like the one pictured below from his brilliant book, DarkLeaks: The Ripper Genome. (which I reviewed here) 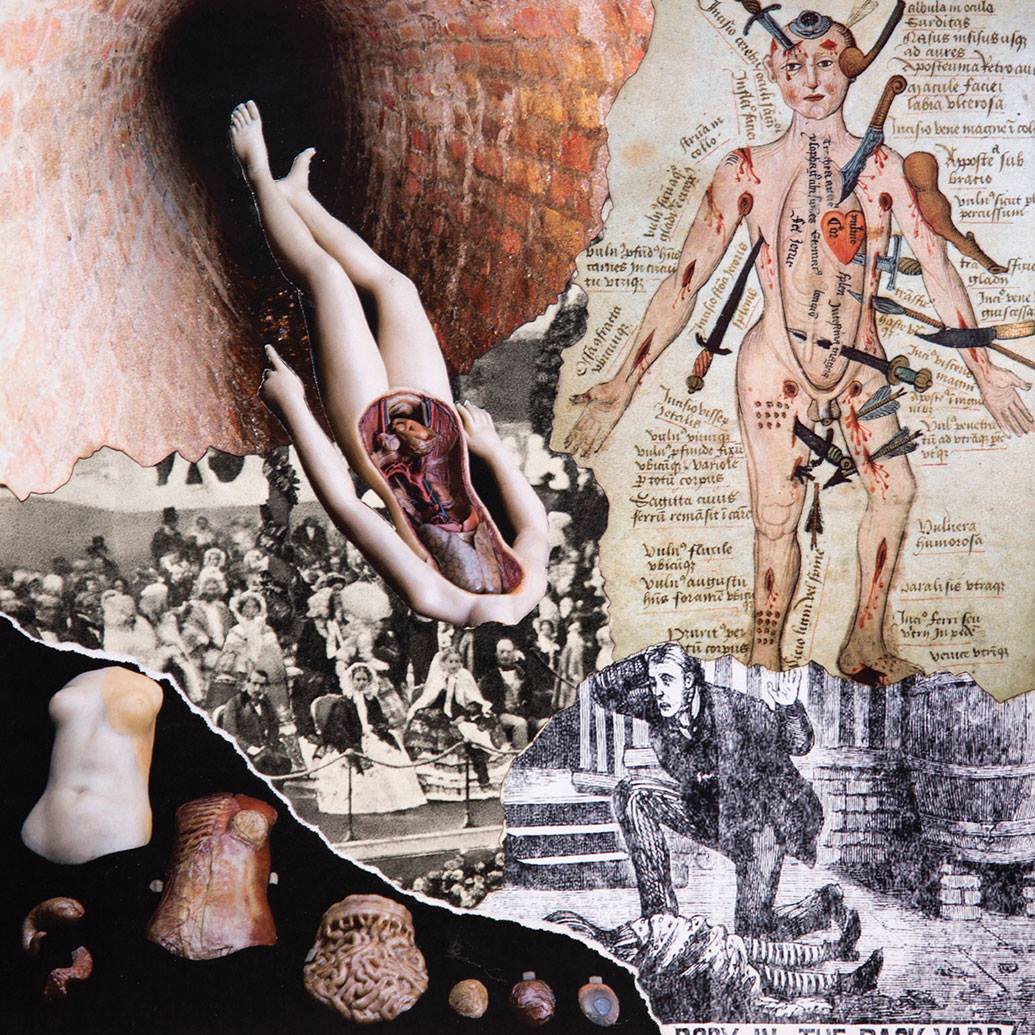 The actual body of the work is divided into eleven sections, which separate the photographs and chosen texts into some semblance of a thematic categorization. Sections with titles like ‘A User’s Guide’, ‘Practice & Injury’, ‘(Ab)use of Power’, and ‘The Stage of Terror’, show different aspects of the work. For instance: I would say section IX: The Theatre of Atrocity is quite beautiful in its presentation. If such a word could ever be used for such horrors. The wounds in this section take on brilliant colors, truly beautiful to witness, if one can separate the actual content from the aesthetics with which it is captured by the infinite talents of Karolina Urbaniak. Swirls of bright purple, pink and red co-mingle, with absolutely no indication of what the wound may be, or where on the body it is located. Totally abstract and removed from our ability to understand it’s greater horrors hidden within, we are able to focus solely on its aesthetic beauty. 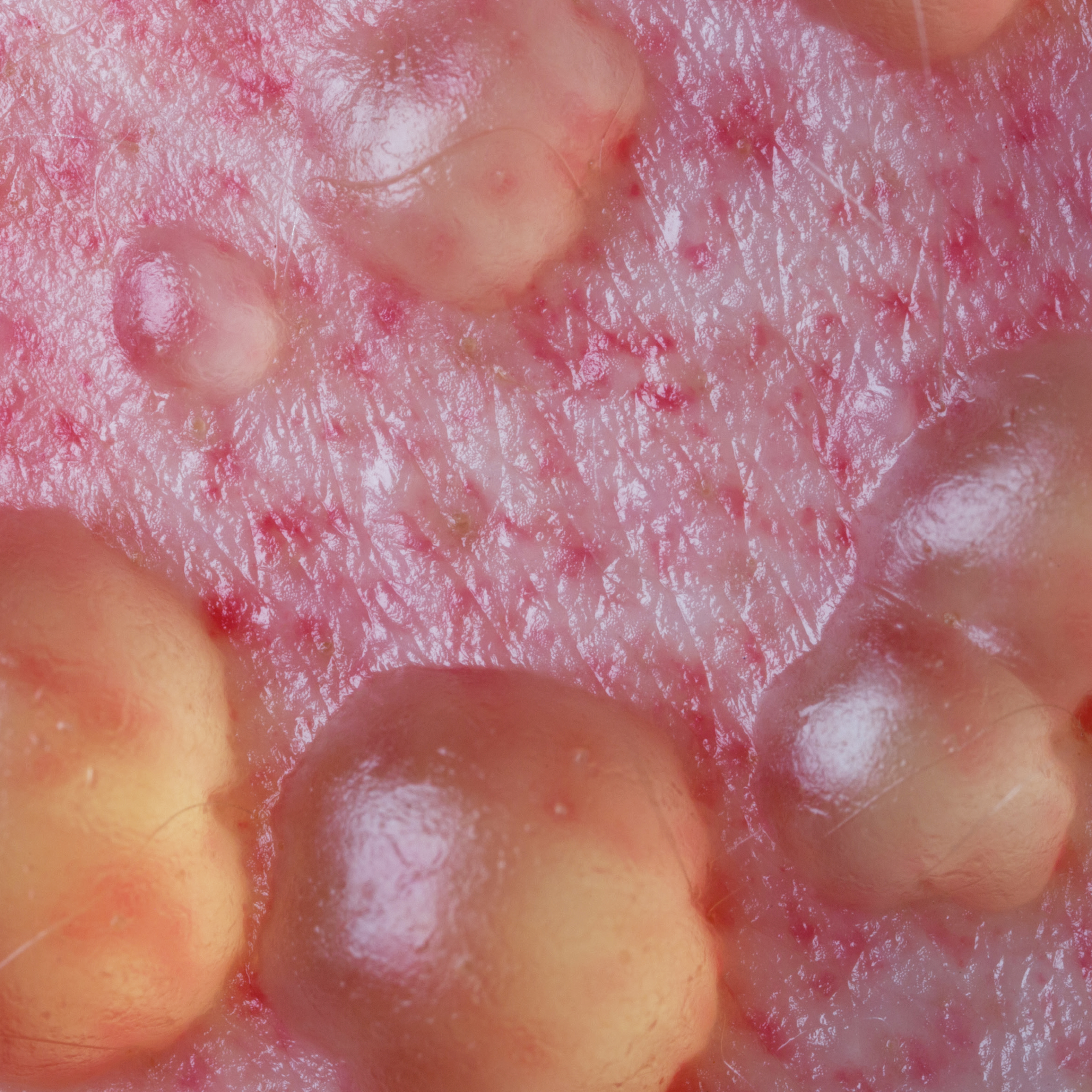 While the images are arguably horrific from the very start, they seem to get more grotesque as we move further into the book. Growing up with “cutters”, I have seen many gnarly wounds created by the knife. Since the first section is dedicated to these sort of wounds, I was not particularly surprised or horrified by the content, though it was still fascinating. However, as I moved deeper into the book, the ‘originality’ of the wounds became more and more apparent. As the originality increased, so too did my level of horror in witnessing such imagery. Imagining the thoughts and feelings of Bladh as he underwent many of these ordeals was almost too much to bear at times. 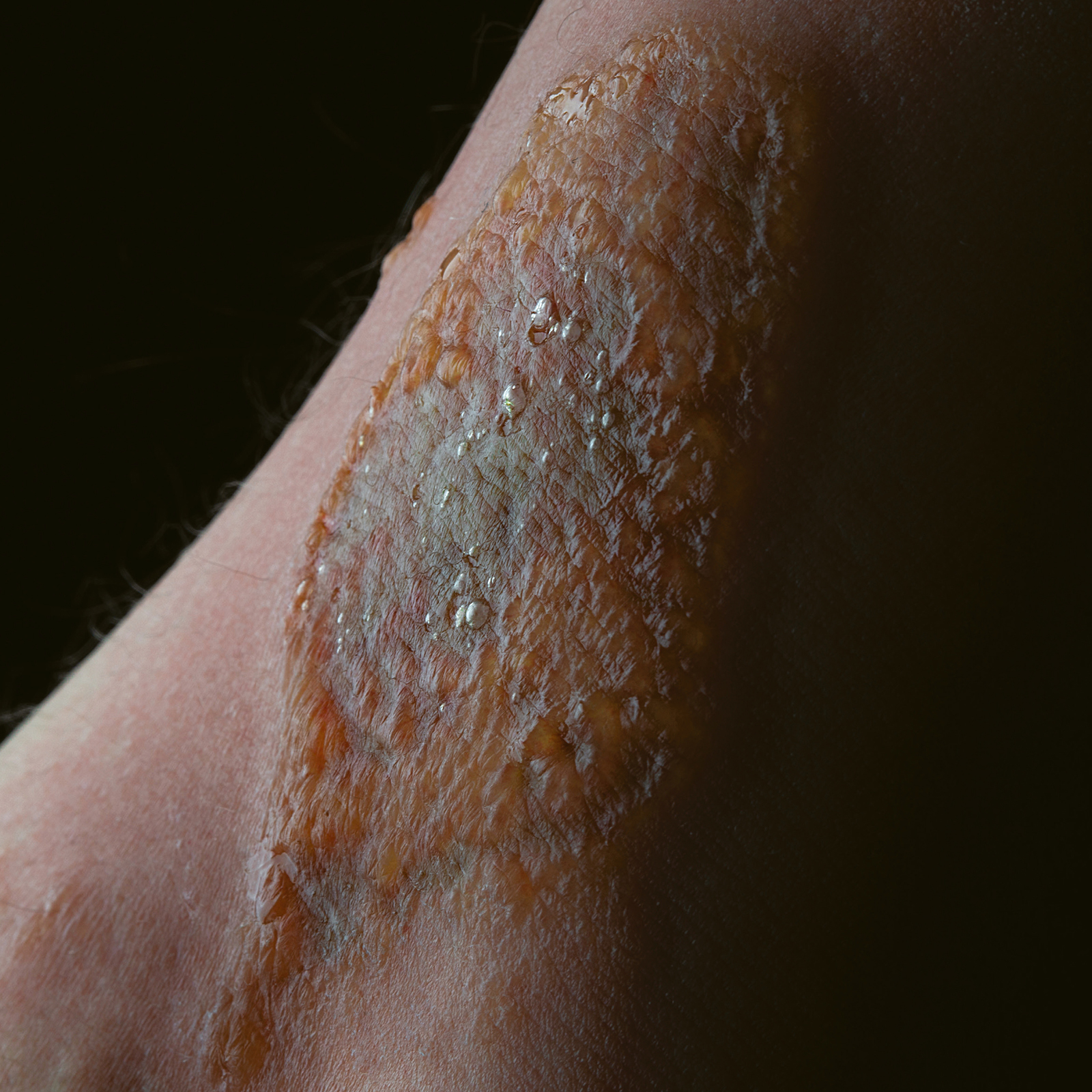 The above mentioned increase in tension, on a psychological level, was brought to a climax in the final pages of the book. The end is dedicated to selected entries from Bladh’s ‘Wound Journal’. Here we are presented with descriptions of the instruments of destruction which were used to inflict the wound (for example: sandpaper, wire, staple-gun, hot-iron, etc.), date of infliction, location, timestamps, descriptions of the acts of inflictions, levels of pain experienced. Then these are often followed up with descriptions of the time-frame and process of ‘clean-up’. 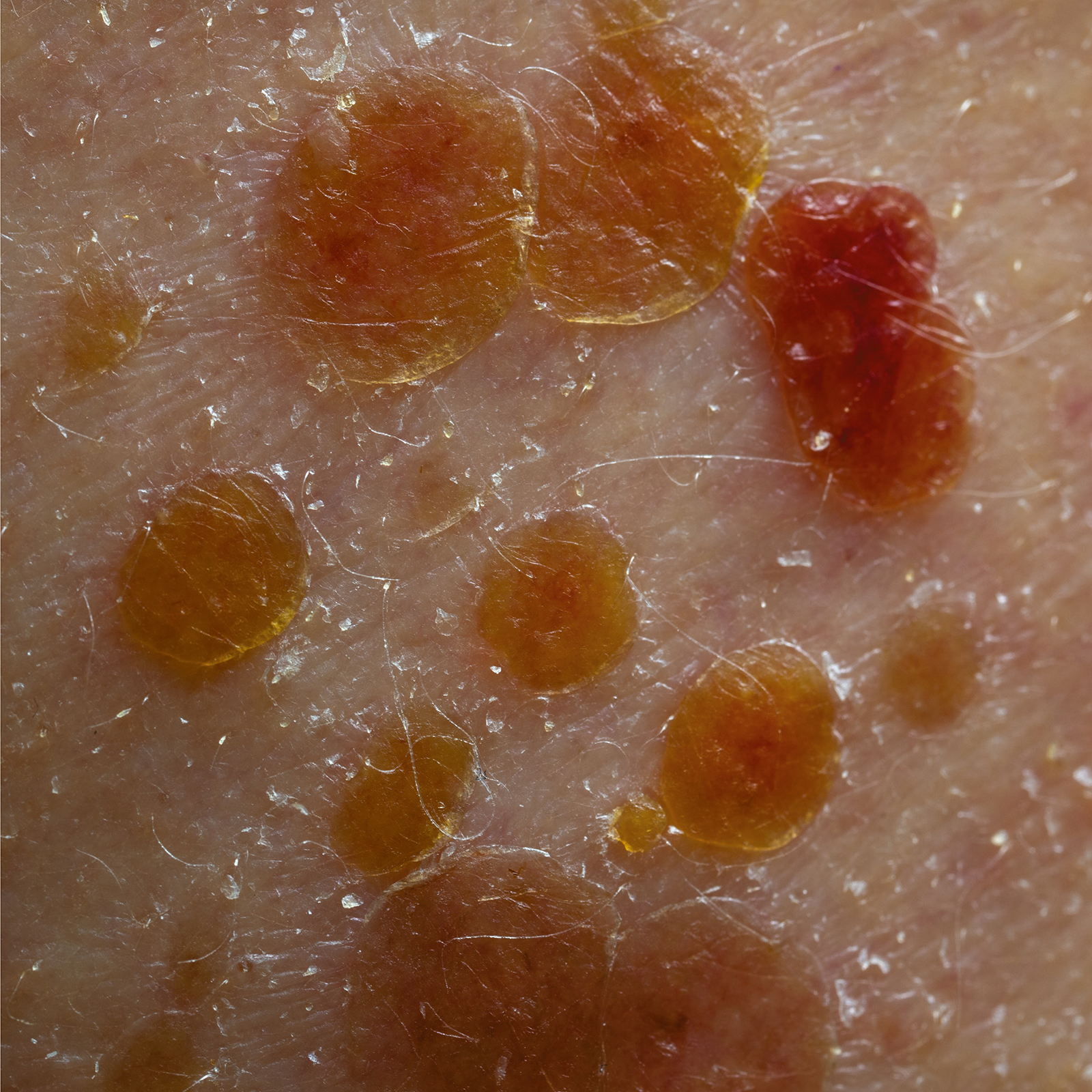 Where as the majority of the book managed to keep the body-horror somewhat separated from the reader, in that the specific wounds, locations, and means of infliction were never explained to us, this final ‘Wound Journal’ made it impossible for one to remain at a distance. Reading the hourly and daily ordeals which followed these inflictions allowed/forced me to experience the horror that Martin Bladh was feeling, to some extent. One could never truly appreciate the lengths he went to, in order to deliver this work; but, the ‘Wound Journal’ brought me a bit closer than I was fully comfortable/prepared to be in these endeavors. 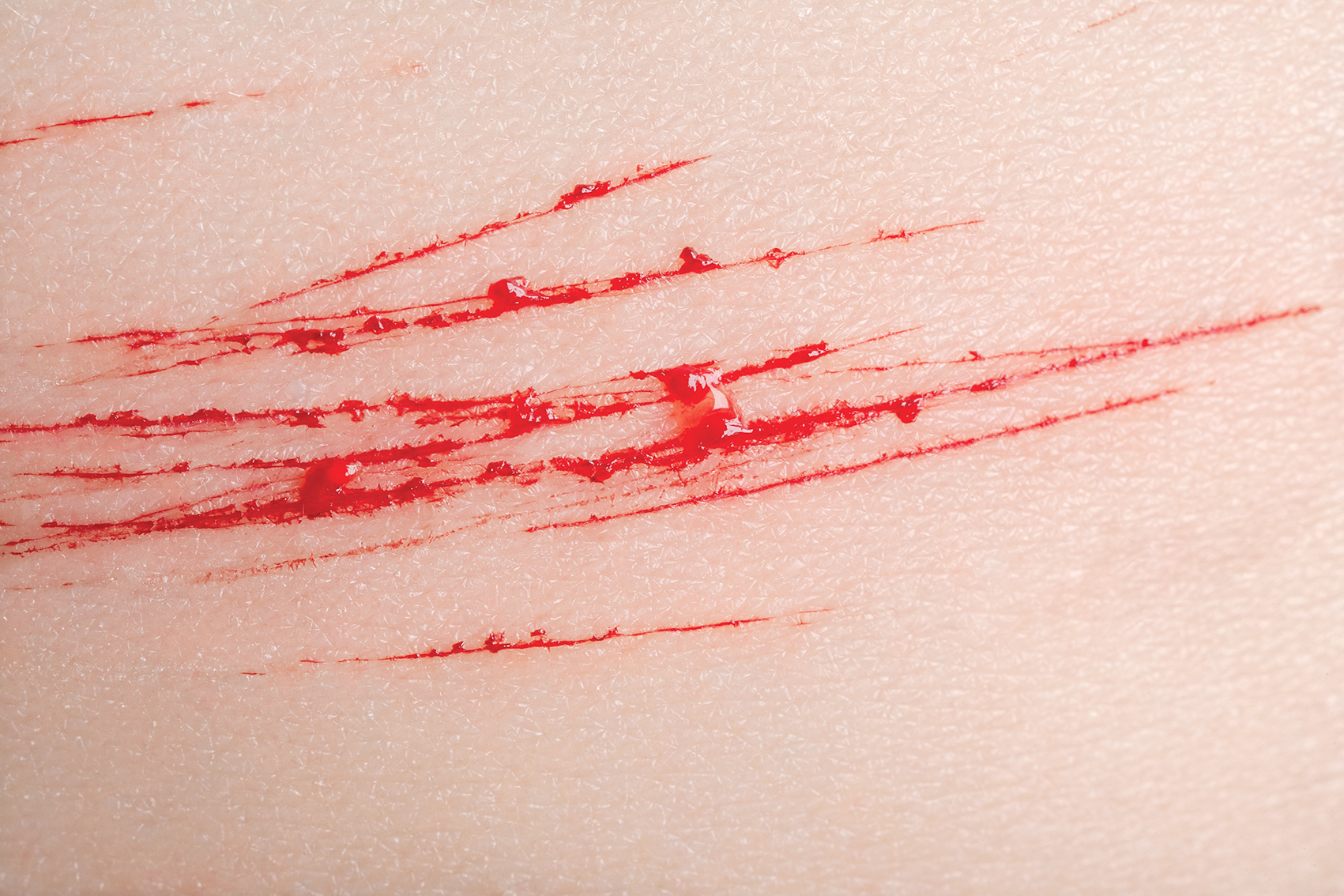 This feels like the culmination of so many of Martin Bladh’s works and themes, throughout the last two decades. Since the early days of IRM, we’ve grown accustomed to Bladh’s morbid fascination with body-horror. In the early days it was through his lyrics. Then later it became even more apparent to us through his short-films. Now, since the foundation of Infinity Land Press, Bladh has drawn us closer and closer to his ultimate performance. It could be obvious, in hindsight, that he was working on this behind the scenes, during the creation of albums like IRM – Closure, and books like Marty Page. But, honestly, I couldn’t have imagined (and still barely can) the lengths that Martin Bladh would go to, in order to share his ultimate vision of this Theatre of Cruelty with his audience. I truly hope that this experience has given him some level of closure in this direct physical involvement with his art. It is disturbing to imagine how much further he could/would go in the pursuit of his conception of art. This is truly a work of art, a body of art, a horrifically mutilated body of art, which fans/followers of his work just can’t afford to pass up on. This is Bladh’s blood, flesh and tears given to us, his legion of disturbed art-viewers. He has put more into this work than, dare I say, any other artist I could imagine. The cutting-off-of-the-ear famously done by Vincent van Gogh literally feels like child’s play in comparison to the oft-repeated deeds captured in this book. 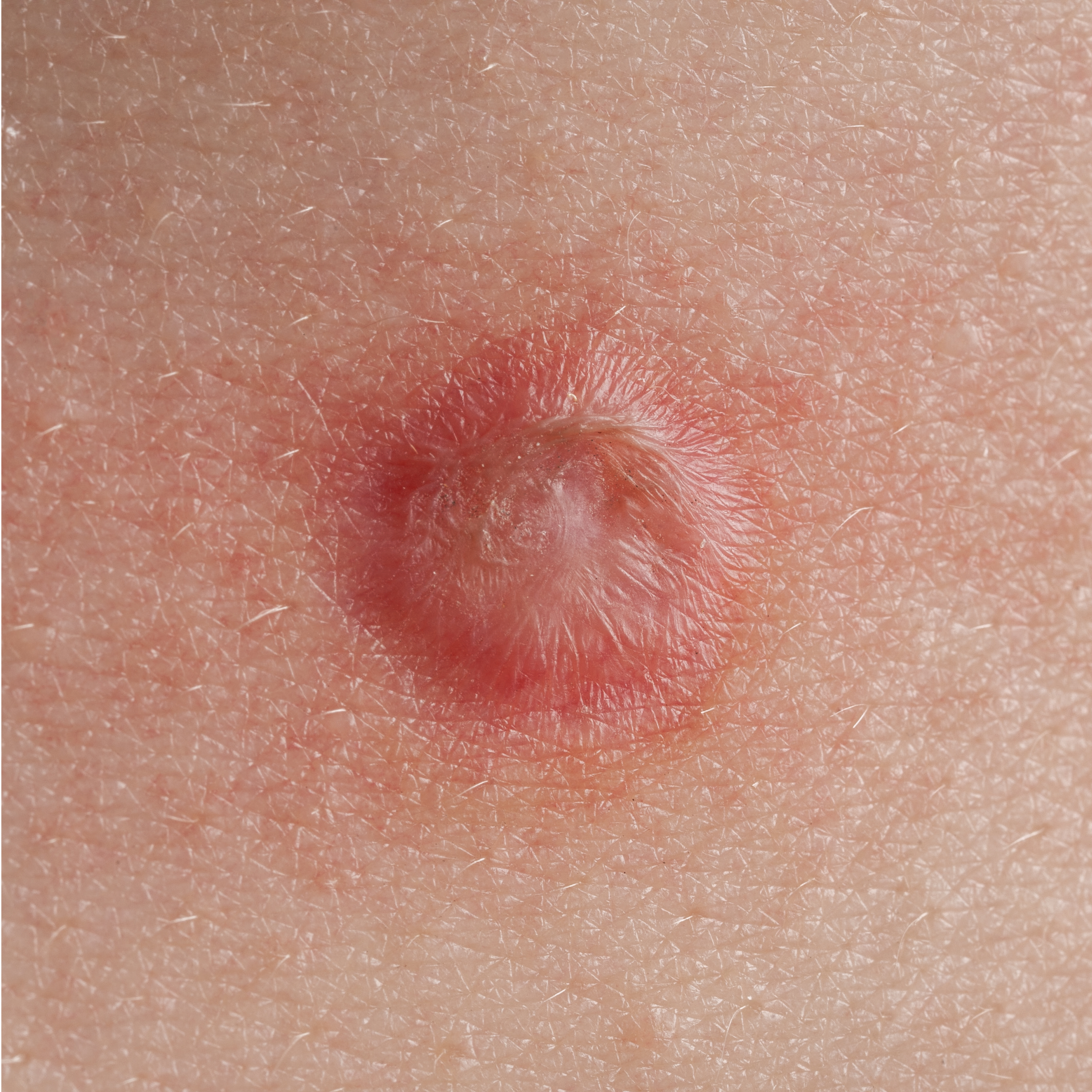 I think there is something great to be said about these ordeals being done by a man that appears to be properly sane. These acts weren’t committed by a lunatic, in the midst of a psychotic frenzy, or an alcoholic deep in a fog, not even realizing what they are doing. This was deliberately planned, prepared for, and documented by Martin Bladh and his Infinity Land Press partner Karolina Urbaniak. The acts never seem to be regretted afterward, the two never seem to have second-guessed the project, once commencing work. As mentioned at the beginning of the book, this isn’t S&M, there is no underlying sexual gratification that we aren’t noticing. This book was crafted specifically for a purpose, and the fact that eight years later it has been released through their own publishing house, which has already built up such a reputation for high quality content, now feels like it was all meant to lead to the release of this book.

Highly recommended but only only only for the strong of heart, mind and stomach. Seriously…

Frozen In Time: This is Darkness playlist – July 2021

Frozen In Time: This is Darkness playlist – August 2021