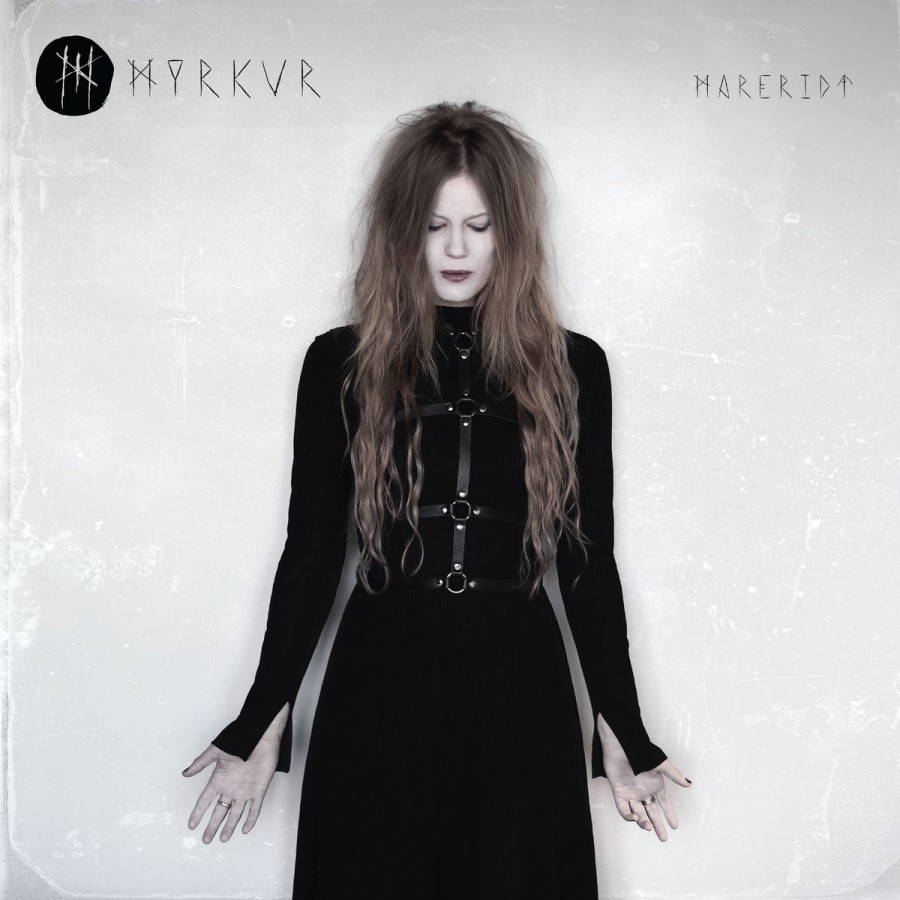 As much as many outlets have tried to push Myrkur as groundbreaking for having a female vocalist, Amalie Brunn’s approach is a natural progression of black metal as a movement. The genre’s aesthetic lends itself to much more than barrel-chested machismo, and its musical palette accommodates ghostly chorals as well as wraith-like shrieks.

That being said, Brunn’s past work left a lot to be desired in terms of fully fleshed out ideas. The components of solid folk-inspired black metal were there, but it translates more as the result of her musing about how neat it would be to try on black metal for size rather than taking it by the reigns. While Mareridt still falls shy of Brunn’s full potential, the album capitalizes on her strengths in a new and exciting way.

Five of these 11 songs aren’t metal at all (Kveldssanger style, baby!). Brunn had the right idea by hyping the record around its ethereal and delicate leanings, considering the five non-metal tracks stand out the most on Mareridt. From the title track’s opening “yop” onward, she emphasizes her resonance with traditional Celtic instrumentals and vocals throughout this record. This is what makes “Måneblôt” so energizing. Harmonious tremolo picking and rushing blast beats certainly maintain their presence, but the track reaches its summit when danceable string arrangements and percussion contrast and commingle with black metal elements.

“The Serpent” is arguably the weirdest track on the record. Its plodding guitar chugs and drum thuds starkly depart from Myrkur’s past sound, and it emphasizes Randal Dunn’s oddball production. While songs like “Crown” have a vast, yet earthy sound, the harsher elements of this record have a distant, mystical sound that may even throw off seasoned atmospheric black metal fans. For “The Serpent,” this leads to moments that would ordinarily blast listener’s eardrums if played by other bands, but instead levitate listeners into another headspace. This approach provides a freshness previously absent from her sound.

“Ulvide” best exemplifies Dunn’s production steering these songs away from expectations. Warm, sinister modulations suddenly drop into a brittle guitar riff and half-time beat, completely changing the song’s dynamic in an instant. The contrast between realistic Celtic traditionalism and otherworldly black metal becomes more jarring here. Pleasant orchestration suddenly becomes so elusive that one might not even hear certain parts at all without a solid speaker system, but his lack of accessibility allows Mareridt to transcend past confines and bring unique qualities to the table.

Although they’ve certainly improved this time around, Myrkur’s black metal could still use more inventive structure. “Funeral” realizes the most potential in this aspect of her style, as Chelsea Wolfe’s sensual elegance entangles with Brunn’s elfish inflections to a gorgeous effect over an evocative collage of tumbling drums and dreary guitar chords, but “Elleskudt” is memorable more for its ornamentation rather than the solidity of its essentials. Still, Myrkur’s amalgamated tracks like “Gladiatrix” fully come off much more dynamic than ever before.

While her vocal performances and ambient additions remain transfixing, this album’s structure essentially apes the style Ulver perfected 12 years ago with Bergtatt. She might be well advised to look towards Ved Buens Ende’s Written In Waters to see how forward-thinking playing could make her atmospheric prowess timeless.

As mentioned earlier, the true sublimity of Mareridt manifests in Brunn’s traditional songs. Whether it be the echoing percussion and monolithic drones of “De Tre Piker” or the strange rhythmic backdrop of “Kaetten,” Brunn’s skill as a multi-instrumentalist provides a way to keep these songs believably archaic yet profoundly fantastical. The only real complaint I have about these songs is the awkward way “Børnehjem” fits into the mix. It’s droning vocal reprises and witchy spoken word, though compelling, would have translated better if it melted directly into another track rather than standing as a separate idea.

Mareridt sees Myrkur improve sonically, but the room the project has to grow remains. Its distinct atmosphere and instrumentation are a beautiful testament to Brunn’s upward tangent, and upping her songwriting will make her an inexorable force in black metal.