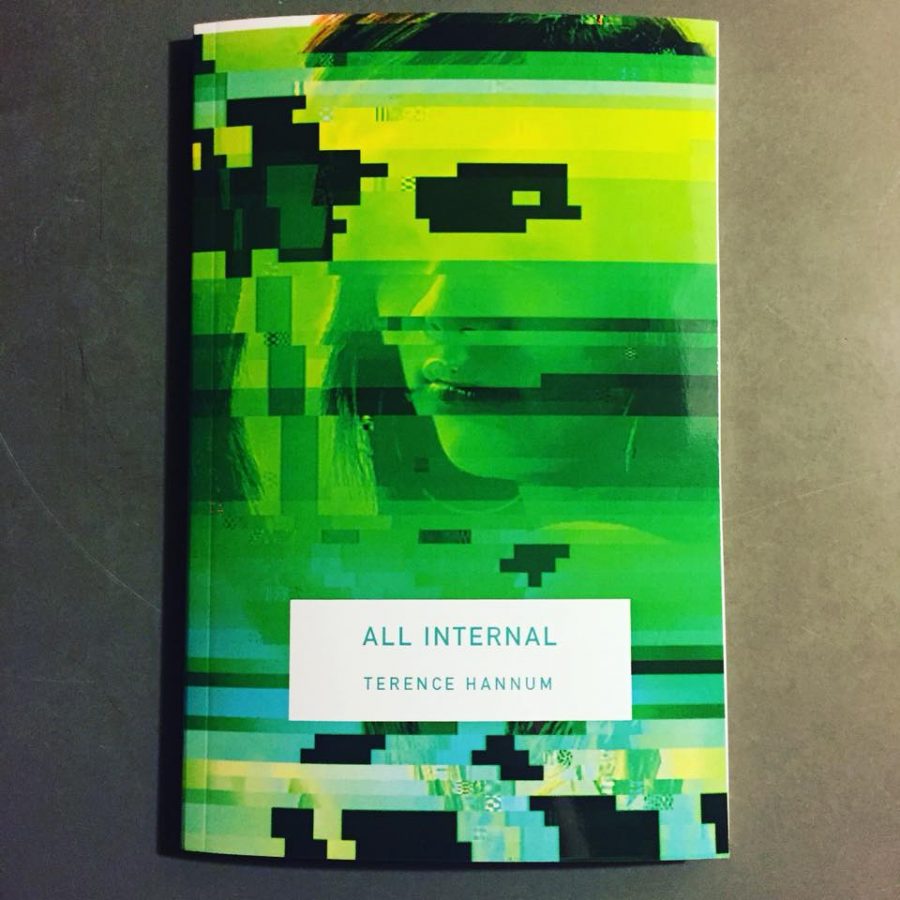 I briefly met Terence Hannum at the APEX Fest 2015 here in Baltimore, Maryland. He’s involved in a number of different things around the music and art scene here, and so it was only a matter of time before we crossed paths. Most interesting to me was his musical work as the singer/synth/electronics guy in the band Locrian. He recently released his debut as part of the Lynchian sort of darkish synth-pop group The Holy Circle on Annihilvs Power Electronix. He’s also recently begun to release albums and perform solo as the power-electronics project Axebreaker. While all these projects are quite interesting to me, they all dance around the edges of dark ambient, and I’ve yet to properly cover one, though I have listened to and enjoyed all three of these named projects repeatedly.

Hannum’s first novella, Beneath the Remains, released in 2016 and focused on a young boy in Florida, as he dealt with the aftermath of his older brother’s disappearance. It often raised feelings of nostalgia, yet there was a darkness that always lurked beneath the surface, creeping up through various events as the story progressed. 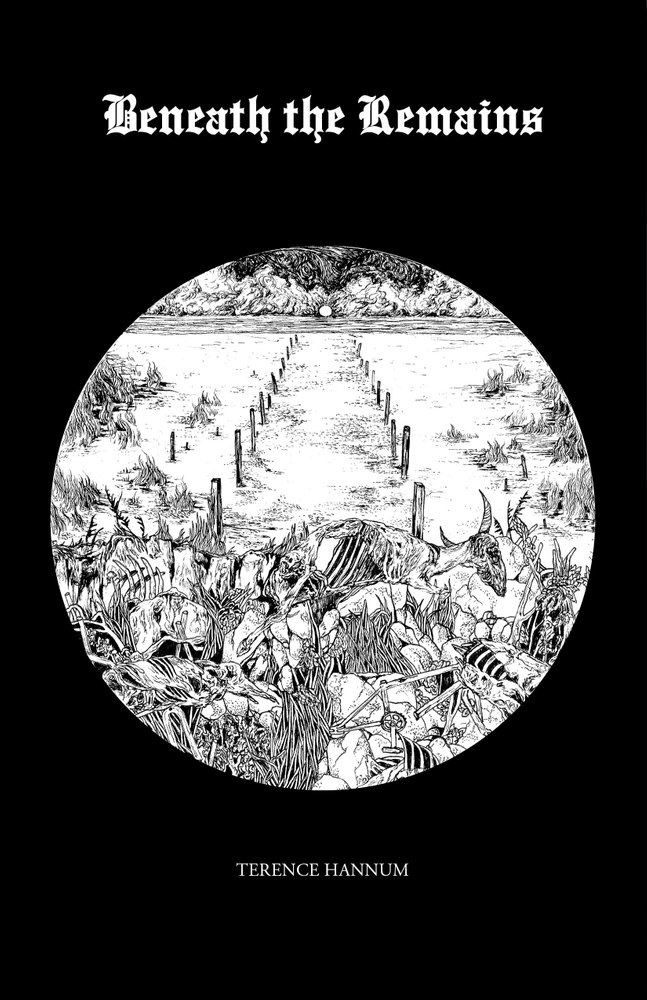 Two years later, Hannum returns with his second novella, All Internal. A story which takes a deep look, literally and through allegory at some of the darker elements of the age of social media, and the underbelly of video-clip internet porn and webcam modeling. But, Hannum doesn’t simply give us a standard tale of someone’s misfortunes. All Internal instead takes the horror/ sci-fi/ weird-fiction route, with a large helping of graphic (sexual and otherwise) detail along the way. In this way, Hannum is able to blend together his passions for fine writing and cultural politics, highlighting his more academic side, with his loves for darker topics, previously explored through his musical projects and artwork.

All Internal takes some pretty interesting twists and turns along the way. Not knowing what to expect next, or understanding the context in which something is happening adds a lot to the overall effect here. So, I won’t be going into the actual storyline in any detail in this review. Instead, I’d prefer to focus on the reasons why, and type of person that may enjoy this sort of story.

Hannum’s writing style on All Internal makes use of quick snippets of information. Scenes/chapters which may only last for 1 – 3 pages on average. I find this to be an incredibly potent writing style in our current culture, where the average person consumes the majority of their news through headlines and talking points, not in depth articles and discussions. A time when presidents make their case for policy in 280 characters or less. But, any possible disdain for this situation aside, these short paragraphs really do make for a meaningful reading experience. When you are able to consume a section of text, and then stop to think about its possible deeper meanings.

As for deeper meanings, there is a lot to unpack here. One could innocently read through this 100 +/- pages of text without taking any allegorical meanings or greater contexts into consideration. Which would be fine. But it is quite interesting to dig into the topics and scenarios presented, and wonder exactly how much more Hannum could be conveying. As I read through the story, I took note of various ideas arising, things that seemed to parallel Hannum’s narrative. 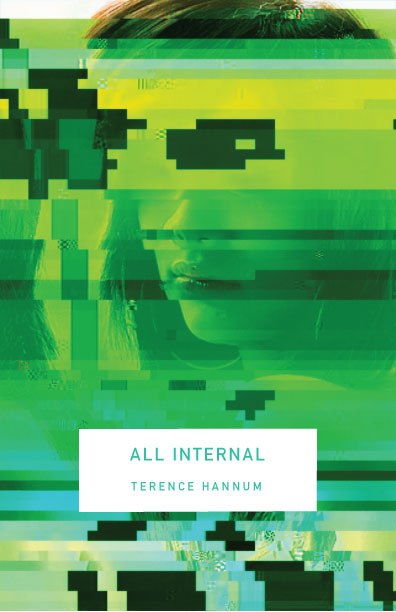 One huge and recurring theme, for me, was the question of the soul. Hannum clearly points out the question of mind or body. But, this question is taken to its furthest extents. Do we have free will or are we slaves to our ritualized patterns. Is the mind really telling the body what to do, or is the mind just noticing that the body is doing, without any ability to influence. Another important topic that seemed, to me, unavoidable when reading All Internal, is the question of women’s reproductive rights. Or in an even broader sense, humanity’s ability to fully comprehend and then influence decisions on reproduction in relation to the planet’s overall population and ability to sustain itself.

Hannum’s writing style is certainly modern. The topics I believe he is alluding to are front and center in modern times. But, as I read All Internal, I also felt that Hannum found a lot of influence and inspiration from the weird-fiction authors of the 1920s and 1930s. Maybe this is just because of my constant saturation in this topic, but I seemed to notice some striking allusions, or at least nods, to the writings of H.P. Lovecraft and maybe even more of Clark Ashton Smith. Without going into any detail that would speak directly to plot twists, there were several moments, especially in the second half of the story, as Hannum begins to unveil more specifics of the story’s framework. Whether I’m right or wrong to make a connection there, I would certainly say that fans of those authors, and more modern authors like Neil Gaiman and Thomas Ligotti will certainly find things to love. In many respects, Hannum takes these sorts of themes and steps the intensity up, to something more on par with our current societal norms/boundaries.

All Internal is a quick and enjoyable read. One that you could knock out rather quickly, if the story so engrosses you. Or, one which you can casually read in these short 1-3 page sections, over a greater period of time. While I already loved Beneath the Remains, I found All Internal more stylistically in line with some of my favorites, and so I would want to recommend this as well to our readers, many being generally fans of the same sorts of stories and films. I found my playlist of dark ambient awaiting review was the perfect accompaniment to this story, at certain times playing things on one end of the spectrum, but as the story took twists, I was adjusting the music’s themes accordingly. An all around enjoyable experience. I’m definitely hoping Hannum does more future work in this vein!