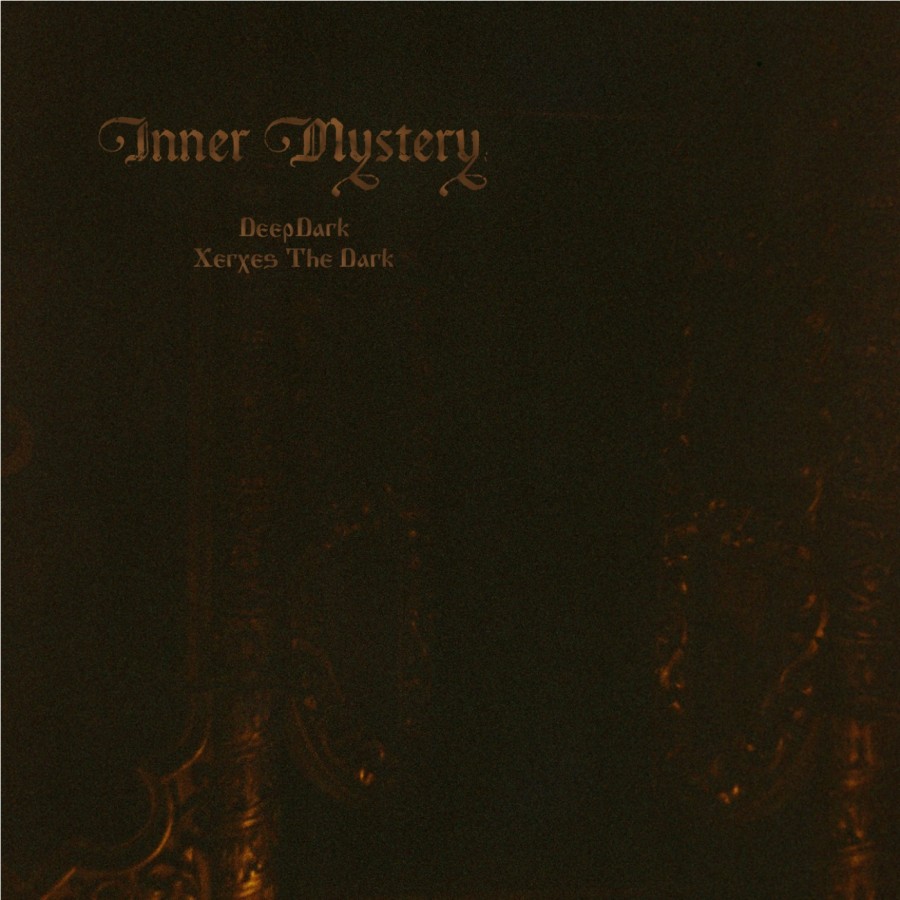 DeepDark and Xerxes the Dark are two dark ambient artists I’ve been following for quite a while. Both are rather prolific in their pace of releases. Both seem to be just on the cusp of something huge, yet continue to lurk in the shadows. One seems to have as much talent as the other. Both seem to have more talent than a great deal of artists in the genre of dark ambient. So when I saw that they were releasing a split through Black Mara Records, to say the least, I had high hopes. 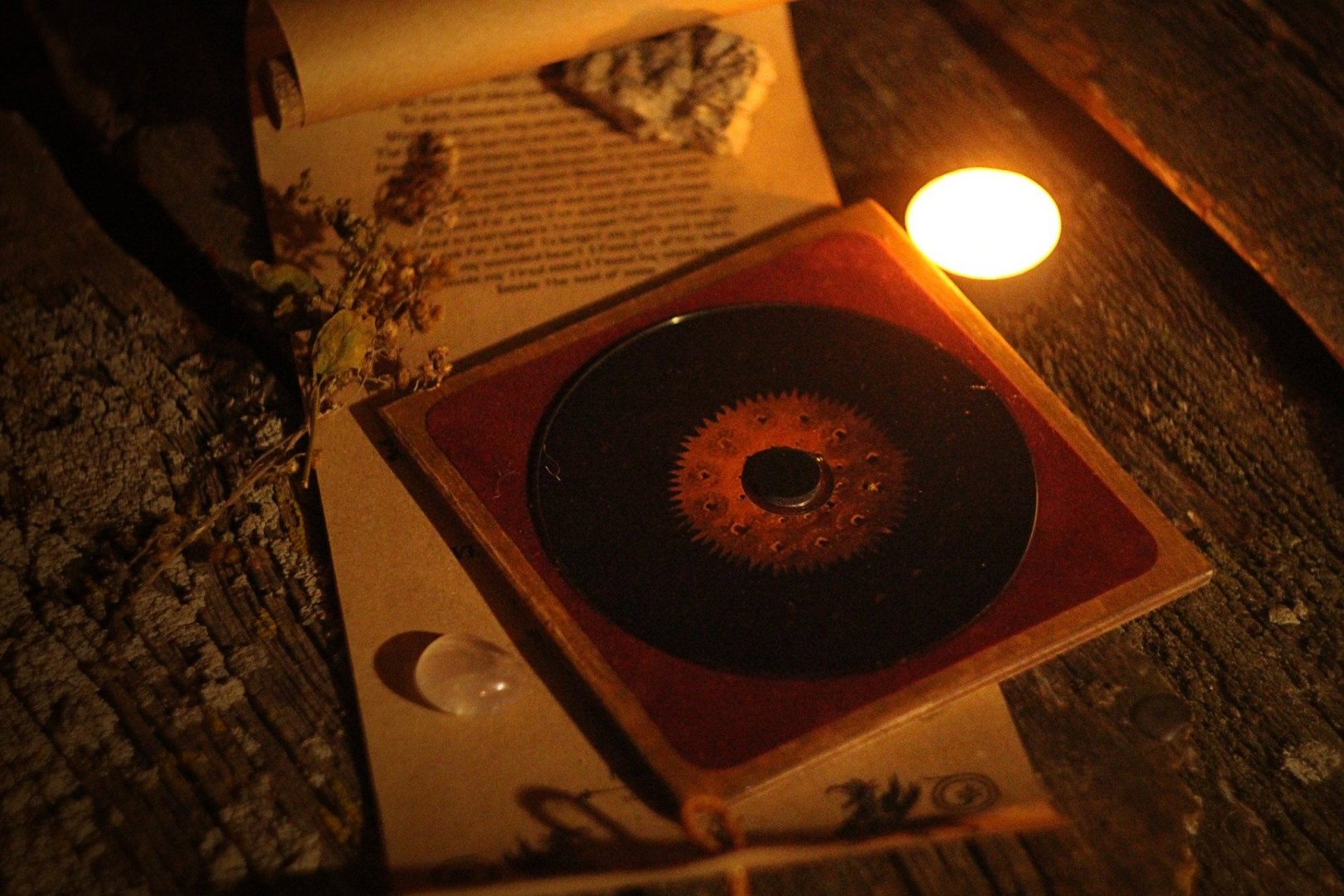 DeepDark hails from the northern expanses of Russia, in the city of Kirov, no less than 900 kilometers east of Moscow, the heart of the Russian world. Known only as Dmitry Dark in dark ambient circles, the man is a bit mysterious. I know from the occasional contact with Dmitry over the years, that DeepDark is not his first foray into the music world. Yet, the genre of dark ambient does appear to be his calling, and his true passion. DeepDark never comes up short on inspiration for new albums. Yet, the rigor with which he releases those albums never ignores quality.

Xerxes The Dark was the first dark ambient artist to broadcast their music out of Iran. The homeland of the illustrious Persian Empire provides fertile grounds for archaic and mystical inspirations. The man behind the music goes by the name of Morego Dimmer, most likely a nickname, much like his collaborator Dmitry. Dimmer borrows the name of his project from one of the greatest rulers throughout the history of the world, the fabled God-King Xerxes of the Persian Empire, well known by history buffs and fans of the movie 300 alike. Dimmer has been in the dark ambient scene a bit longer than DeepDark, and his initiative has paved the path for many other experimental artists of the country to gather recognition from the outside world; the most recognizable of these others being Alphaxone of Cryo Chamber.

I am often wary of reviewing split albums. I often find that the theme gets lost somewhere between the two artists, and the EP worth of material from each artist isn’t enough to fully delve into the minds of the musicians. Yet, on Inner Mystery, I get the feeling that I might be hearing the best work yet by both artists involved. Furthermore, with a loosely based concept like “Inner Mystery” as the basis for the album, the musicians are able to relax into their comfort zones, and focus on creating some genuinely creepy dark ambient music. 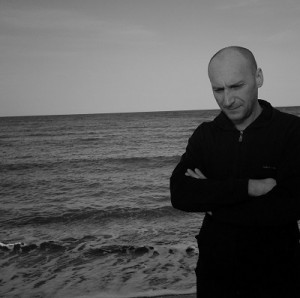 The first half of the album comes from DeepDark. Here we can expect to hear a brilliant display of rumbling dronework complemented by field recordings. There is a primal nature to these tracks. A dark nature which terrifies listeners from the shadows, never emerging to show its true face. The opener, “Alone”, is probably my favorite work yet by DeepDark. There are many nods to the genre’s ancestry here. The cathedralic chanting vocals are reminiscent of early raison d’etre, while the simplistic and repetitive piano section screams of Burzum in his heyday. This is topped off with field recordings of a thunderstorm which brings the whole thing together into a beautifully dark and sinister force. 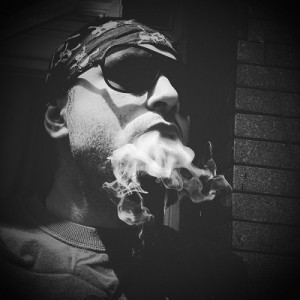 Moving into the second half of the album, Xerxes The Dark provides listeners with a more industrial leaning set of sounds. The thematic elements still hold true for both halves of the album, but XTD takes on a more hollowed synthetic sound. As if we are wandering through the remnants of a dilapidated factory, which still holds the energy of sinister deeds long forgotten. On the track “Transmute of Mind” XTD is looking to evoke a strong and direct reaction from listeners. The track is brooding and bellowing yet keeps a conservative sense of restraint on the overall soundscapes. A third of the way through this eleven minute track a wall of harsh white noise violates the senses of the listener. This is the dark ambient equivalent of a horror film jump-scare if I’ve ever encountered one! The first time I heard it, I frankly had no idea what to make of it. I was looking around the room to figure out what had happened to elicit such a cacophony of noise. On the numerous proceeding playthroughs I continued to jump at this moment, but definitely appreciated the concept for the reaction it drew.

The content provided by both artists on Inner Mystery is top notch dark ambient music. This is the first split to be released on Black Mara, and it seems obvious that the label’s owner knew a gem when he saw one. Inner Darkness is dark ambient for any discerning fan. The sounds are well prepared, well executed and well packaged (thanks to the efforts of Black Mara). Inner Darkness is an album that may only provide a few overtly memorable moments, but it is consistently solid, quality work. This is music for the darkest of souls, wanderers of the night, those who would always prefer to lurk in the shadows. If one is new to the sounds of DeepDark and/or Xerxes The Dark, this is the place to make their discovery. It is a fine collection of tracks, by two of the most underrated dark ambient artists in the genre.

Consider supporting This Is Darkness through Patreon! Every little bit helps.
This is Darkness Patreon Page