The third edition of Frozen In Time is again filled to the brim with news covering dark ambient music and any other topics deemed relevant. Enjoy this week’s segment and please feel free to send any feedback (positive or negative) as well as information for potential entries to info@thisisdarkness.com If you haven’t yet, be sure to check out the latest reviews published:
Phil Barrington – Cracked Amber Solid – Artbook Review
AWARE – The Book of Wind – Music Review
AFFECTVS & Lamia Culta – Blessings From The Darkness – Music Review

Treha Sektori and Lamia Vox will perform at this year’s Nuit Dark Ritual in Thoix, France on 4-6 August. More information can be found here.

Dronny Darko, protoU and Phelios recently performed at the Cryo Chamber Label Party presented by Mist Crossing Division in Moscow on 25 March 2017. Below you can see the full sets of all three artists!
Dronny Darko

Shibalba have released the official video for “Opening The Shadow Box” from their upcoming album Psychostasis – Death Of Khat which is due out on 30 April via Agonia Records. The video was created by Maria Martinegou. Pre-orders for the album are available in physical and digital formats.

Irezumi – New Single Released
Irezumi had release their new track, “Broken” on Bandcamp. Describing themselves as somewhere between dark/light ambient, Irezumi falls into the gray. Their sound brings forth images of cloudy melancholic days, when the sun refuses to rise. Their latest single, “Broken” takes listeners on a deep introspective voyage with a sound that includes gentle drones as well as many unexpected subtleties.

Zoloft Evra – Release a New EP
The hard hitting post-industrial / dark ambient act Zoloft Evra deliver a new EP which is available in digital and cassette formats. The first track is previously unreleased, while the other two come from a 2015 sampler compilation. Expect all the usual intensity and rage of Zoloft Evra.

Atrium Carceri – Two More Re-releases
Atrium Carceri continues in the path of re-releasing their previous albums from the Cold Meat Industry days in physical format. This month we see the release of Seishinbyouin and Kapnobatai. Both discs are released in a new digi-pak manifestation with their original album art.


Phonothek – New Album Pre-orders Available
“Red Moon is Phonothek’s second album on Cryo Chamber, continuing the theme of the inevitable death of our planet. A sad lonely trumpet echoes between ruined apartment complexes. The ground is dry and dusty, nothing grows here. Where once laughter of children lingered, now only the creak of broken swings remain. The earth is dying. The chosen got on the ships, but not you.  Red Moon explores a world in flames through use of atonal instrumentation and layered atmospherics. Recorded in Georgia (Europe) it brings the sound of the old world to life as it shines light on the new and dying one.
Recommended for fans of Experimental Atonal and Dark Ambient”
Releases on 4 April 2017

Black Wanderer – New Album Pre-orders Available
Black Wanderer is a new cinematic drone project from the artist behind Stuzha and Algol. Hostile Territory will release on Ksenza Records. Black Wanderer explores much more inhospitable territories. It focuses on darker minimalistic tunes which suit perfectly sci-fi and horror films. Consider Hostile Territory as an alternative soundtrack with more menacing and suspended atmosphere. Black Wanderer recorded the album using only bass and electric guitars which deliver more natural ambiance and presence to the sound.
Releases on 1 May 2017

Dungeon Synth Compilation – New Album Released
From users of the Dungeon Synth Facebook Group we have a new compilation, set as “name your price”. “While some gathered in forests, others throughout the land held private rituals and spoke solemn incantations. In castles, cottages, and crypts, these individuals venerated things once seen, things to be heard, and even things unnoticed by others. From the light and magical to the dark and sullen, these individuals were one in their workings. While the things they did and the words they spoke were different from one another, a silent thread of the arcane wove them together and for one night they rode side by side under the banner of the Wand & Shadow.”

Unexplained Sounds Group – Pre-orders Available
The latest in their Survey series is a compilation of tracks from artists based in Latin America. As usual with Unexplained Sounds Group, we can expect to hear a wide range of sounds and musical styles. Experimental is certainly the description of this mix of artists. Electroacoustic Music In Latin America features some of the biggest names in the experimental scene of Latin America including: Sajjira, Julio Torres and Susan Campos among many others.
Releases on 7 April 2017

Jaja – New Album Released
One day on Arcturus is a space ambient album which seeks to take the listener on a mental journey in a dream of time. “About the process: The music on this triple album was written in late summer nights of 2016 under one of the brightest stars in the northern hemisphere, my favorite star, Arcturus. The album is made with some brand new musical gear: the RME Fireface 802 audio interface, the Lexicon PCM 92 reverb/effect processor, the Roland XV-88 synthesizer and the Allen & Heath GL-2000 432 audio mixing console. Main tuning to sidereal 429,2 Hz.”

Thoughtloop – New Album Released
Under Droning Skies is the latest release on Petroglyph Records. “Thoughtloop is an ambient/drone/minimalist music project based in Madrid, run by Jorge García Martínez.
it’s music consists basically in recorded, processed, looped and layered bits of electric string and key instruments, such as guitar, banjo, lap steel or synth.
Though purely instrumental, the basic themes the pieces reflect upon are introspective sensations and thoughts, inner peace and depression; observation of both nature and civilization, and altered states of mind. This music works best in a dark environment, with headphones or good stereo speakers, and at loud volumes. Altered states of consciousness, such as those achieved by meditation, sleep, or psychedelics, might enhance its effects.  After releasing Gray Landscapes in 2016, Under Droning Skies is Thoughtloop’s second work. It is loosely based around the abstract concept of the sky.”

Sol Mortuus – New Album Released
Ur – Ala is the second release from Sol Mortuus. It is dedicated to the ancient legends of the native population of the Ural Mountains. Ur – Ala is released by Evil Dead Productions.

Dirty Knobs – New Album Released
Random Orbital Floor Sander is the latest from Zac Bentz of the drone ambient project Dirty Knobs. Bentz says, “I’ve spent more time on this one track than any other. It represents the core of my music career. But as always, I want to leave it up to each individual listener’s interpretation. Enjoy the ride.”

The Vomit Arsonist – Teaser Video For Upcoming Album
Meditations on Giving Up Completely will release on April 28th on Malignant Records.

Cracked Amber Solid {Frieze of the Faded} is the latest book published by Phil Barrington. You can see my review of the book here. 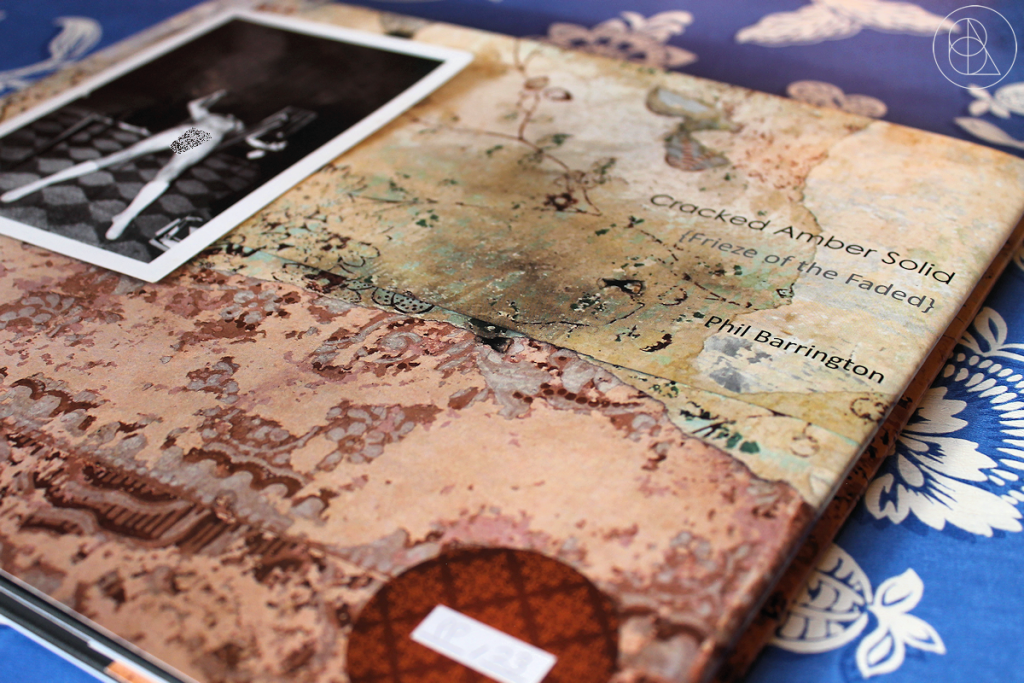 Force of Will brings The Call of Cthulhu by H.P. Lovecraft to the anime big screen.
More information can be found here. 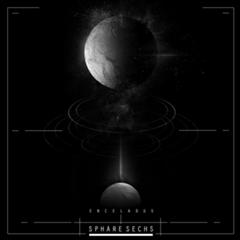 A follow up to the highly acclaimed and quickly sold out Tiefschlaf, this project of Phelios’ Martin Stürtzer and Christian Striztel finds the duo traveling even further out into space, beyond the reaches of light and into realms never before explored. While the overall approach is similar to Tiefschlaf and there’s certainly some shared DNA at play here, the seven tracks that comprise Enceladus feel weightier and darker…a glorious amalgam of drift and synth drone that seems to extend beyond any visual measure, the tones and textures floating off into an infinite expanse, pulled and stretched by an unseen gravitational force. Space inspired dark ambient can be a tricky thing…a common theme attempted by many with some measure of success, but few capture the coldness, stillness, and awe inspiring beauty of the interstellar void so brilliantly as Sphäre Sechs. Recorded solely on analog equipment without the use of computers, Enceladus is a deeply mesmerizing and hypnotic excursion best played on headphones or in solitude for maximum effect. 4 panel, matte finished digipak with metallic ink highlights designed by Alonso Urbanos 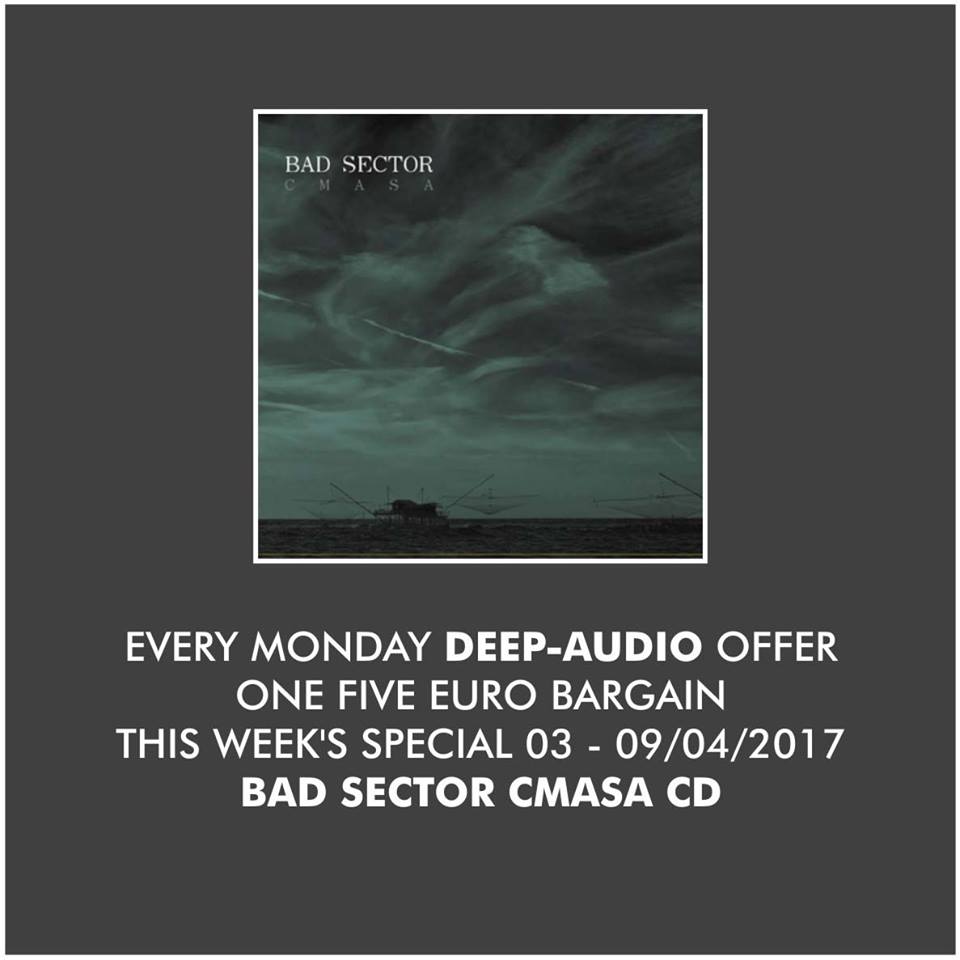 Reverse Alignment Spring Cleaning Sale continues through 9 April! Stop by their webshop to see the list of discounted items. There are some real beauties in their on sale that you won’t want to miss! http://ralignment.tictail.com/products/spring-cleaning-opens-24th-march

Cryo Chamber has a ‘Meditation Sale’ featuring three albums at 50% off which are perfect for relaxation and meditation! Click album art for link to Bandcamp pages.
SiJ & Textere Oris – Reflections Under the Sky 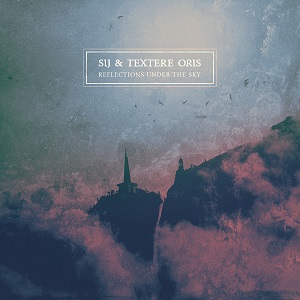 “A field recording focused release it merges elements captured in nature and the ruins of the east. Wet rain on autumn leaves. A lonesome Tibetan bell rings in the distance. An alien hum pushing you deeper into euphoric sleep. Sacral voices far behind us.  Soothing tape noise merges with analogue acoustics on this album.
Recommended for a calm state of mind. Perfect for meditation, relaxation and sleeping.”
Hoshin – Path of Dissolutions 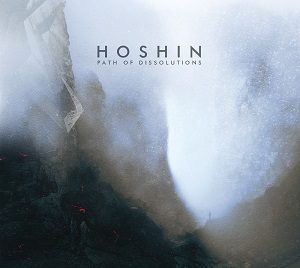 “Hoshin, also know under his alias Esylt, presents us with a soothing ambient music album. Ripe with field recordings of lush forests and damp ancient temples. Layered with mechanical undertones it creates a unique atmosphere. An enlightening voyage to the center of Mysticism. Blackened machines summon dread, while the spiritual world knocks on the door of reality. ”
protoU – Khmaoch 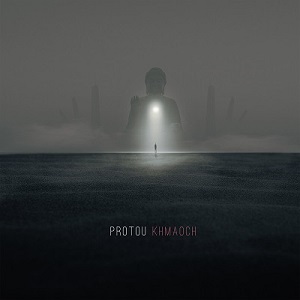 “Exploring eastern esoteric traditions this will take you on a voyage through old civilization. The crackling sound of incense fills ancient ruins. A solitary flute by Ivan Ioanov leads you through dim lit passageways underneath. Deep drone summons forgotten spirits as lush noise of mother earth calms the soul. The contrast of dark and light on this album serves an enlightening experience.”

This site has gone live with the help of friends and supporters. I have been disabled since 2015, due to a spinal injury. Any support that can be given is greatly appreciated. Donations will go toward the maintenance of this site as well as additional promotion to increase its reach and influence.