It’s been another crazy week here at This Is Darkness HQ. September has just been totally insane, but mostly in good ways. As one major announcement has just been fulfilled, there are already ruminations of another big announcement, though that one may still be far off. This Is Darkness Presents Vol.1 Dark Ambient has already been  hugely successful in these first few day of release. I’m so happy that everyone has such great feedback about the release. All the artists involved are equally responsible for helping bring this massive undertaking to reality. In conjunction with the release we’ve started a new featured section on TiD called “Artist Spotlights” and we’ll be giving you some in-depth looks at many of the artists that we’ve featured on the compilation. There are also more music videos to come from Tim VDS and one other, yet to be disclosed, videographer. Thank you all so much for the support and kind words this week. It truly meets a lot!

Mebitek Teaser Video
Teaser #1 – The End Of Everything (Funeral Movement)
The last chapter of Unconscious Trilogy is coming in #Autumn #2017. Will the riddle be finally solved? Perhaps.
Here’s an hint: As rain, teardrops, thou art slipping on the window pane and I cannot catch thee. Then, I look at thee through my imagination window: idealised, perfect, mine, in a loop, until the end of time.

Item Caligo – New Album Released (Digital Only)
Defective Puppets is the new release by Item Caligo. As is to be expected, he creates very interesting textures that evoke deep emotional feelings. This release is “name your price”, and you can really never go wrong with Item Caligo! He recommends listening in overcast weather or at night.

Kaya North – New Album Released (The Eagle Stone Collective – Digital)
Tribal Mountain is one of the darkest releases that I’ve yet heard from this great and diverse French label. As usual, they release it as “name your price” so definitely give it a chance!

Metatron Omega – Pre-order Available (Cryo Chamber – CD/Digital)
The third album from Metatron Omega continues the story of Sanctum and Gnosis Dei. The hermit travels beyond enlightenment, and deep into the perception of the Unknowable.
To be “illuminated” means that one discovers something that wasn’t known before, but by doing this, one is casting a shadow upon something else. The eternal light shines upon the unveiled depths of the soul. While it’s reflection weaves into monastic atmospheres.
Witness the chants of hypnotic choirs from the cosmic Cathedral at the end of life. The everlasting voices of monks lost in space and time, searching for knowledge as they echo through dimensions.
The “Illuminated ones” chant in hypnotic choral unison for the salvation of Mankind’s universal spirit. By transcending everything that is material. Illuminating the spirit, they cast a Great Shadow upon the world.
Recommended for fans of dark cathedral music, deep drone and brooding choirs.
Releases 26 September.

raison d’être & Troum – New Album Released (CD/Digital)
This is the second part of the collaboration that started with ‘De Aeris In Sublunaria Influxu’, released 2015. Based on a notion of the fascinating Amazonian Piraha tribe, this is an excursion into nine different micro-worlds of perception and consciousness. Music that reaches for the eternal, but it only exists in the very moment.

Shelter of Trees – New Album Released (Cephalopagus – Digital)
As this age of darkness is upon us, great angels, bearers of light, are battered and scattered to the far corners…dislocated, dismembered, but not defeated. Their faint but glorious voices pierce this darkness with the promise of return…
In this stunning album debut, Cephalopagus Records presents Shelter Of Trees’ Requiem For Dislocated Angels. Displaying a harmonious sonic balance of darkness and light, Shelter Of Trees’ mystical sound currents will both terrify and console. The eternal dance of dark/light, yin/yang, ugliness/beauty, creation/destruction is brilliantly evoked by Shelter Of Trees in their first ever release.
TREES are the places of birth and death; they are used as sacred shrines and places of spiritual pilgrimage, ritual, ceremony and celebration. Sacred trees are found in the Shamanic, Hindu, Egyptian, Sumerian, Toltec, Mayan, Norse, Celtic and Christian traditions. The World-tree is described in The Upanishads as “a tree eternally existing, its roots aloft, its branches spreading. In these dark times, more than ever, we seek the ancient wisdom, protection and shelter of trees.

sp3ct3rs – New Single Released (Digital Only)
Quebec’s sp3ct3rs has just released a slightly experimental dark ambient composition. Nice dark vibes and “name your price”, so give it a try!

This is Darkness Week in Review 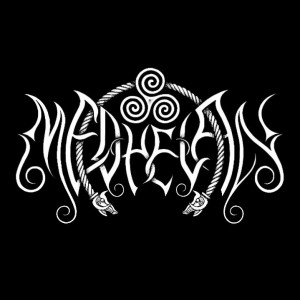