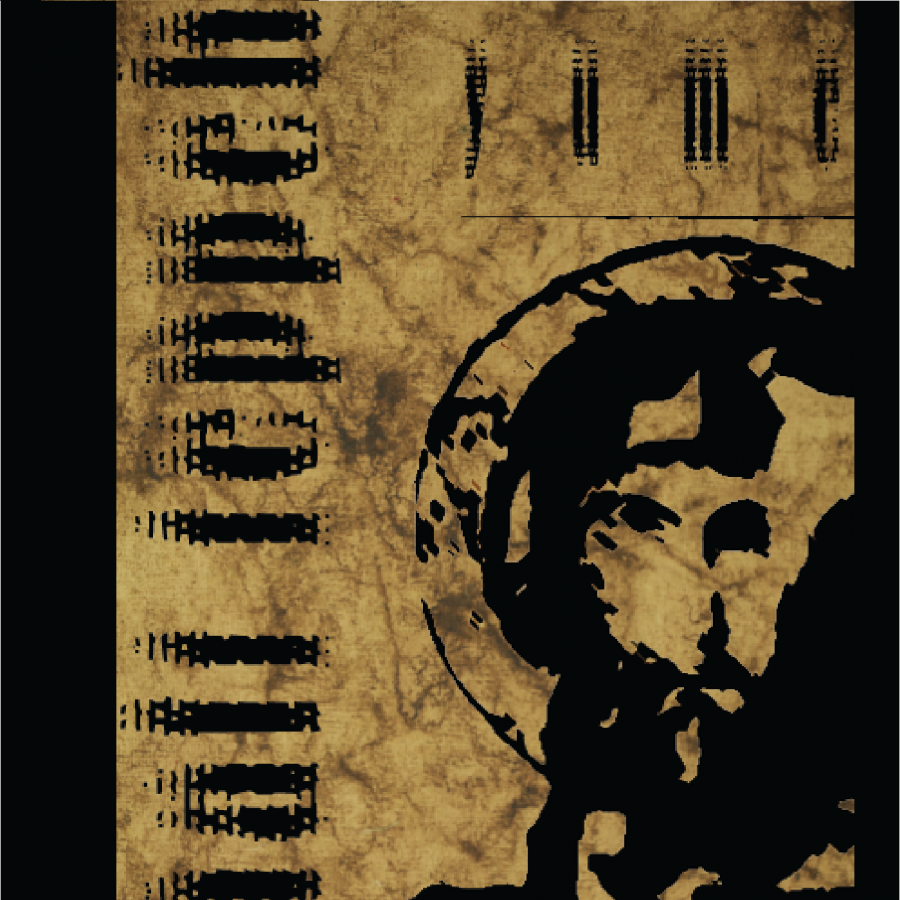 Haft Teppeh is a new dark ambient project out of București, Romania. Quietly released through Autarkeia, Yume almost passed my notice. Immediately upon hearing the opening track I realized this was not an album to be missed. For me, the beauty of Haft Teppeh is in their ability to delve into the waters of several different dark ambient styles flawlessly. But one thing that stands out, is their similarity to the general atmosphere of early 2000s dark ambient musicians from the Scandinavian area.

The albums themes lie in several areas, which may or may not be clashing with each other. (Or just misunderstandings on my part.) The first relevant factor is Haft Teppeh itself, which seems to refer to an ancient site near modern Khuzestan in Iran. Haft Teppeh appears to have been in use during the middle Elamite period. Many of the ritual elements in the album, as well as the similarities to a project like Herbst9, would certainly make sense within the context of this connection.

The other relevant factor is the allusion, in track titles, to sleep/hypnosis/prophetic vision. On “Anomalie” we hear a meandering drone with a backdrop of strange, glitchy, almost otherworldly, noises. This eerie soundscape is complemented by a passage being spoken in a sort of dreamy half-whisper. This track gives me strong vibes of a combination between Cities Last Broadcast and Hymnambulae, as well as much of the Aural Hypnox catalog.

Combining these two ideas, we could imagine that Yume may be representing the story of a mystic tapping into their sibylline powers to connect with the distant past. The combination of ritual elements with things much more subtle helps this picture, we witness the ritual preparations, and then we slowly move further into this lucid hypnotic state, picturing ourselves in distant times and lands, far from our actual reality.

Putting questions of interpretation aside, one can come to this album with no sense of context and thoroughly enjoy every moment. Haft Teppeh is a well honed dark ambient project, which seems incredibly polished for a debut. I have already made references above to some of the projects I would compare with Haft Teppeh. Still there are other incredibly dreamy tracks, like “Help Me Sleep [eternally]” and “Where Children’s Dreams Go To Sleep” which could almost hide convincingly among the works of Kammarheit. As this is the third project by Pär Boström which I’ve mentioned here, I am willing to assume Haft Teppeh are quite the fans of his various musical works. We can also see some possible nods to the aesthetics of Aural Hypnox in Haft Teppeh‘s use of initials instead of artists’ full names.

In further comparisons, “Yami Ni Maboroshi” opens up with a subtle synth/drone which I immediately associate with some of Angelo Badalamenti‘s work on Lost Highway. But this connection only holds for a split second before the track fully reveals its ritual elements. This one is a highly meditative track, with the relaxing drones and gentle percussions clashing against the occasional high registered tone or momentary field of static. It all melts perfectly into something that gradually moves further into the realms of raison d’être, and here again, Haft Teppeh do honor to the connection.

As a debut, Yume is a triumph. Haft Teppeh are creating music which absolutely astounds me to imagine it might be their first foray into dark ambient. I am almost, but not, convinced that there might be some well-known dark ambient musician hiding behind the initials “HT”. Yume is currently only available in cassette through Autarkeia.org or digitally on the Haft Teppeh bandcamp page. An album like this really deserves an expanded release, in CD or vinyl, and hopefully we will see that. But, regardless I must assume they are already hard at work on whatever might come next. With a debut like this one, I really can’t wait.