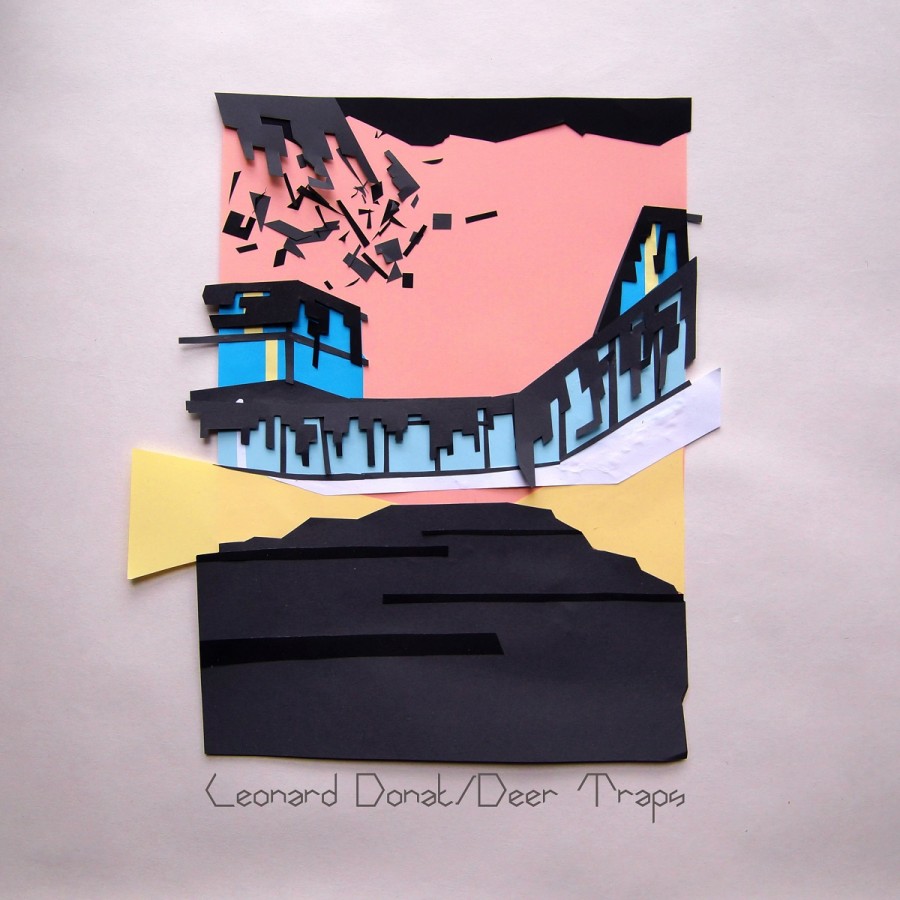 Alexander Leonard Donat is best known for his project Vlimmer. Vlimmer is a genre bending project which touches on dark ambient, darkgaze, darkwave, indie and krautrock among other things. His latest release Deer Traps is released as Leonard Donat also on the Blackjack Illuminist Records label, where most of his works can be found.

Deer Traps takes a significantly more subtle approach than albums under the Vlimmer name. The album is decidedly lo-fi, giving it a sort of warm rusty feel that could almost touch on the emotions conjured by The Caretaker and the like. Yet, contrary to the comparison, the actual sounds beneath this hissing and cracking are presented in the most minute of detail.

The opening track, “Fog Horn Deer Trap” is a beautifully somber experience. The hiss never subsides through the progression of the track, but serves as a contrast to the other, more polished sounds. There is a repetitive piano section that adds a significant portion of the emotional charge. Field recordings of birds chirping in the not-so-far distance add even further to this inviting nature. And yet, beneath this beauty and comfort lies a layer of brooding drone-work, almost harsh in its mildly high pitched register. The combination and contrast of these sounds makes the perfect recipe for fans of dark ambient. There is a pervading sense of darkness, always lying just beneath the surface, like a disturbing memory or unwanted task which keeps mockingly presenting itself.

While the opening and closing tracks fall short of the seven minute mark, the middle two tracks are both between thirteen and fourteen minutes a piece. This long form center of the album is fitting for the sounds Leonard Donat is creating. While there is always plenty happening, and a variety of instruments/software being used to create the soundscapes, the music manages to hold a passive element, which overpowers any sense of activity. In this way, the music takes on a timelessness. The balance between activity and passivity make for a versatile album, giving listeners the ability to use it as an atmosphere enhancement, or to close one’s eyes and fully focus on the music.

The packaging of the album seem to be quite representative of the project as a whole. The cover-art is a simplistic piece of art, in execution, yet it holds enough mystery to allow the listeners’ minds to ponder its greater significance. The release is presented on ultra-limited edition cassettes (only 15 copies), which all have been hand-painted with the word “trap”. There is also a CD version, again hand-painted. The CD comes in a handmade sleeve, along with two separate art photos.

I have enjoyed the previous works of Alexander Leonard Donat as his Vlimmer project. But, the active and slightly rock leaning nature of its style keeps me at arms distance as a reviewer. This latest release was a pleasant surprise which I found myself returning to over and over, especially on long nights with my face buried in a book. The music should be particularly interesting to fans of more active forms of dark ambient as well as those who love to witness the various attempts at originality by the often-audacious experimental genres.