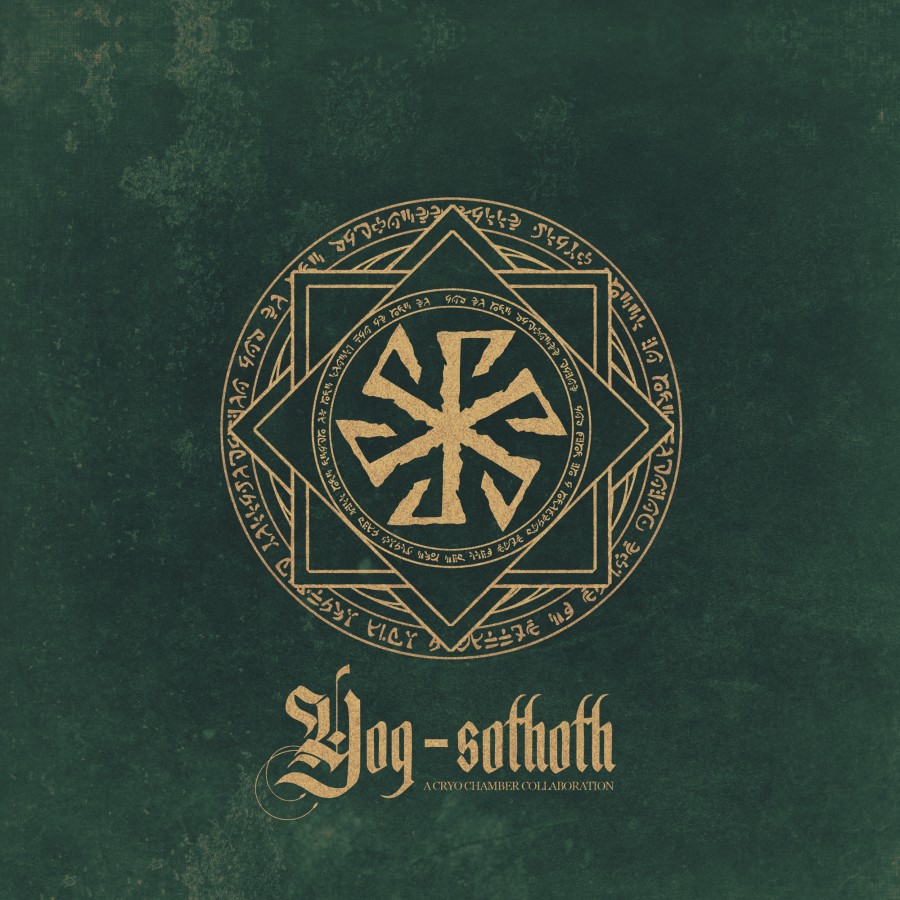 Cryo Chamber are continuing to push the limits of what fans can expect from them. The label has been incredibly successful over the last few years in bringing a new generation of listeners to the genre of dark ambient. Through a heavy presence on Youtube and Spotify, Cryo Chamber prove that the use of these free channels of listening can and will result in increased overall exposure and the slow but steady recruitment of die-hard followers that will ultimately support the label for years to come. We have recently seen the first vinyl release from Cryo Chamber on Black Corner Den by Atrium Carceri and Cities Last Broadcast. Now we see another first for the label in this beautiful digibook physical edition, which houses some incredibly unique artwork. The music, as we’ve grown to expect over the last three Lovecraftian releases by the label, is also of top-notch quality, and provides the perfect soundscapes for extended reading sessions of H.P. Lovecraft‘s weird fiction. 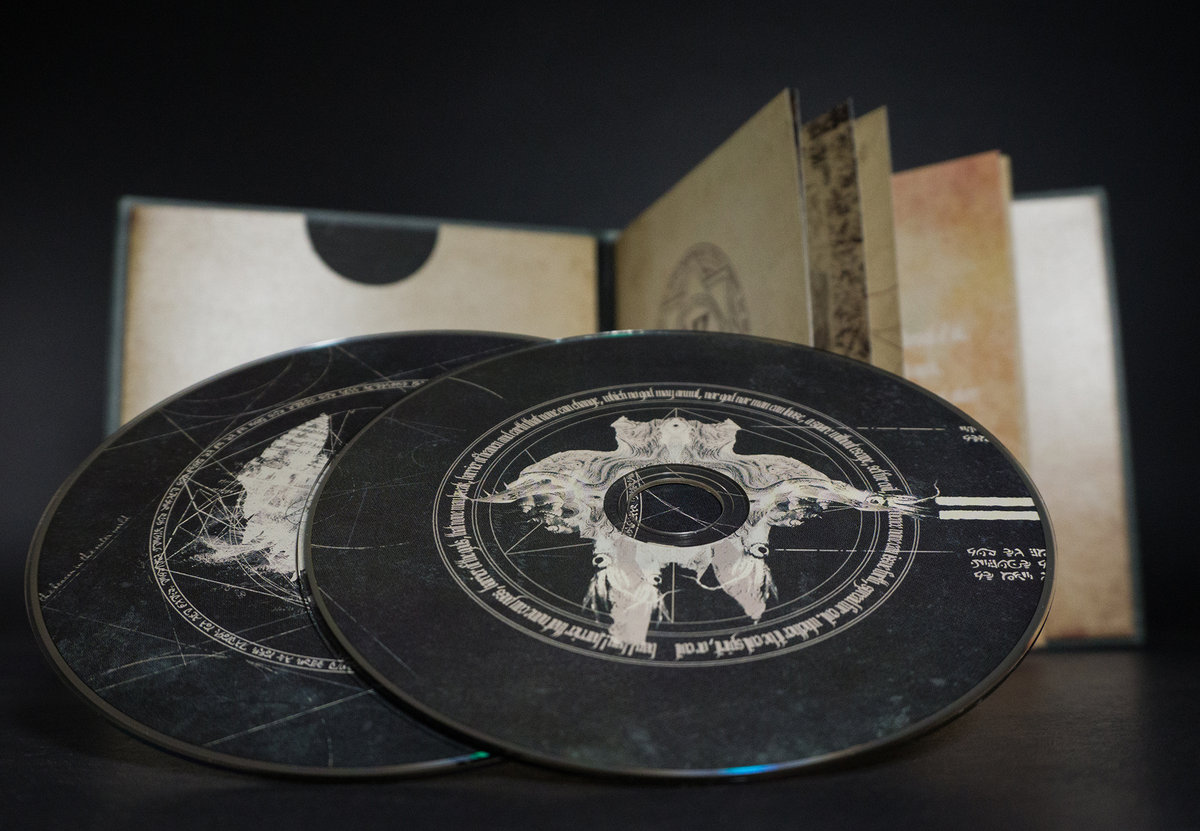 Yog-Sothoth, as with the previous Lovecraft inspired albums from Cryo Chamber, focuses on one specific deity in the mythos H.P. Lovecraft created almost a century ago. Yog-Sothoth, while maybe not the most recognized in pop-culture, is probably the most frequently referred to of Lovecraft’s gods within his own tales. Yog-Sothoth, albeit indirectly, played a huge part in The Case of Charles Dexter Ward as well as The Dunwich Horror. In The Case of Charles Dexter Ward, written in early 1927, Yog-Sothoth is mentioned for the first time. His name is part of an incantation which Ward finds in writings of his ancestor Joseph Curwen.

As Ward reads more of these texts he begins to learn many of the ancient secrets which Curwen discovered and manipulated for his own purposes. Through the storyline of The Case of Charles Dexter Ward, Lovecraft gives readers a rare glimpse into some of the real mechanics behind this particular god. So often in his stories, we are left to imagine most of the specifics. I will not go into these specifics here, as uncovering the details is a huge part of the suspense of The Case of Charles Dexter Ward, and it’s my personal favorite of Lovecraft’s works. So I highly recommend anyone that hasn’t already read the story to give it a try! You will find this Cryo Chamber release to be the perfect background music for reading that particular novella.

While The Case of Charles Dexter Ward referred to Yog-Sothoth in the context of ancient knowledge, The Dunwich Horror gives the deity a more central role. Through a ritual performed by Old Man Whateley, Yog-Sothoth is able to father Whateley’s grandson, Wilbur Whateley. As the story progresses Lovecraft reveals the secrets kept in the Whateley household, and the tale ends in a brilliant climax which directly relates to Yog-Sothoth. Again, revealing much more of the plot would take all the fun out of it for readers that haven’t yet read The Dunwich Horror, so I will recommend that you also give this one a read!

Yog-Sothoth is the first Cryo Chamber album to be presented in a digibook format. This particular format gives Simon Heath (Atrium Carceri, Sabled Sun), who is responsible for the layout and artwork included, the opportunity to make a sort of recreation of an old tome like the one Ward discovers in The Case of Charles Dexter Ward. Heath has included in the booklet some excellent passages pulled directly from various works of H.P. Lovecraft, most prominently The Case of Charles Dexter Ward and the short but brilliant tale “The Other Gods”. The booklet is all the more impressive for Heath’s use of his own imagination in creating various diagrams, symbolic charts, and other tidbits of data which would likely have been found in Joseph Curwen’s ancient tomes. 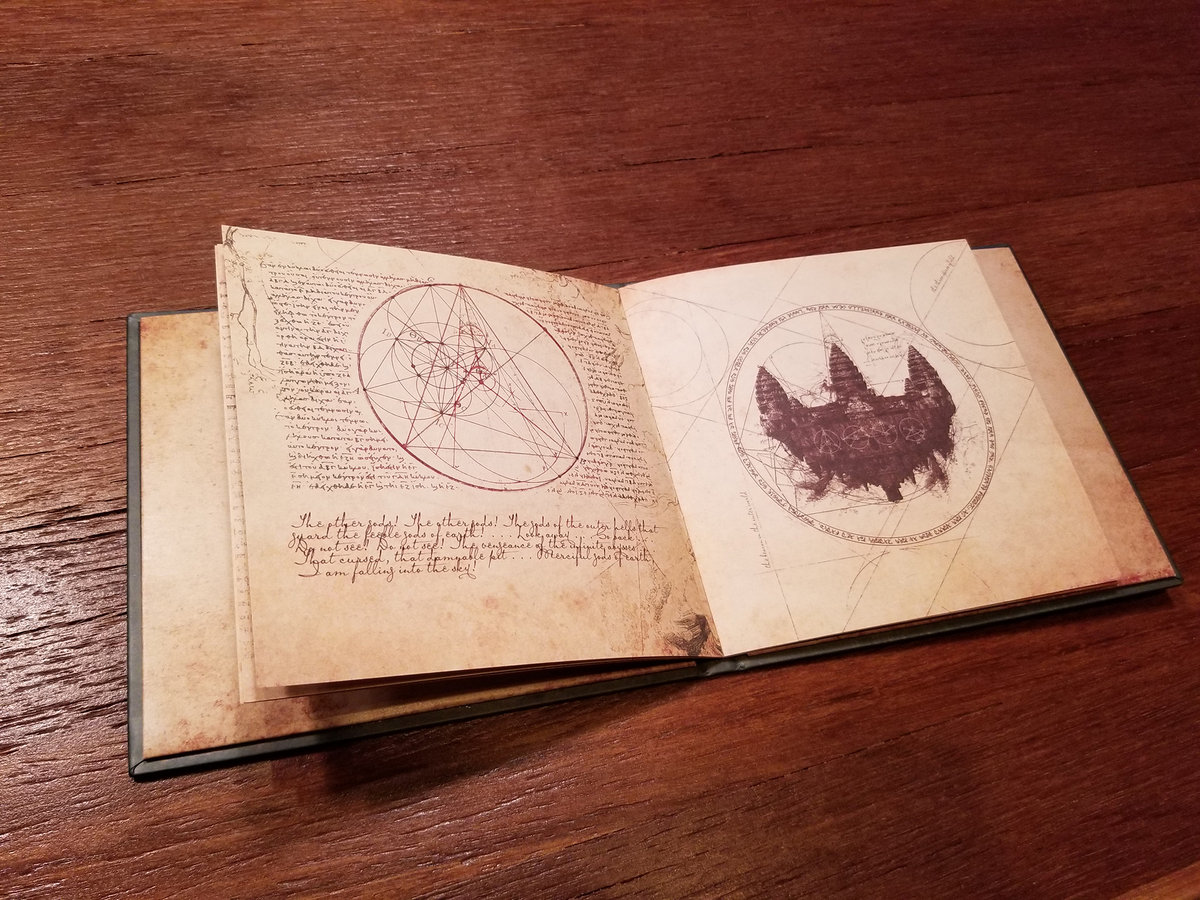 From my first encounter with the latest Lovecraftian mega-collaboration, Yog-Sothoth, I felt a sense that things were a bit different this time around. I’ve had several shifts in my overall opinion of the album over the last few weeks as I’ve played and replayed Yog-Sothoth upwards of twenty times. The first thing that stands out is its seeming to lean in a lighter direction than the previous installments. There are ritual elements here, and nature driven field recordings which both add to the darker atmospheres of the release, but there are also a number of sections where the dronework seems to have a light-hearted, hopeful sort of feel to it. How these various elements are interpreted will likely be different for everyone, and others may find the same sense of discovery and rediscovery that I’ve found over many deep-listening sessions.

There are subtle clues throughout the two hours of soundscapes that point toward instances of Yog-Sothoth appearing in various Lovecraft tales. These subtle uses could easily be overlooked, which gives a tangible purpose for listening to the album multiple times before casting any definitive judgments. As a die-hard fan of dark ambient music, I’ve found over the years that my favorite releases tend to be the ones that take a little extra time to fully appreciate. Those that boldly present their full depth in the first listen, often give little reward for going back and re-listening time and time again. 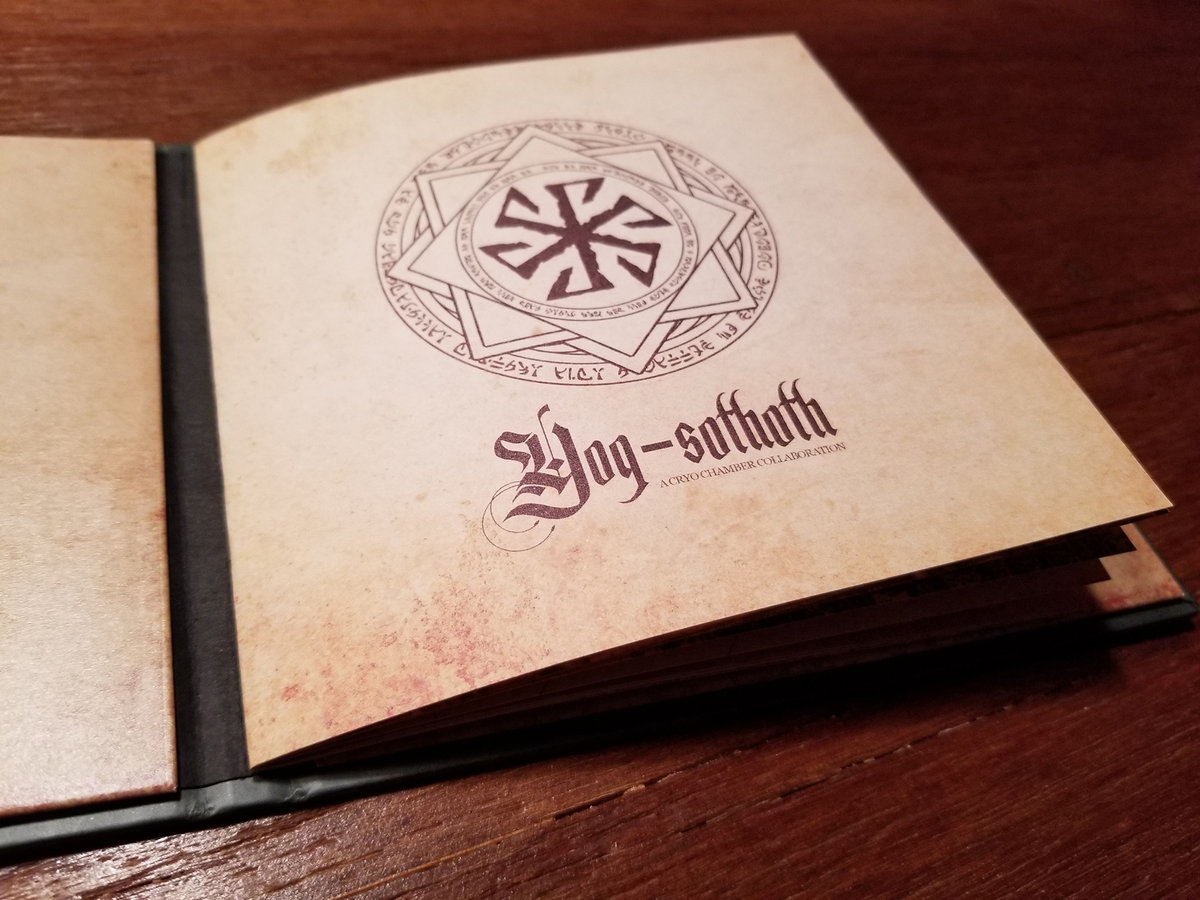 Yog-Sothoth was created in a similar fashion to its predecessors: Cthulhu, Azathoth and Nyarlathotep. It is a collaboration of incredible depth. The process is done by each of the twenty artists presenting layers of sound, which are then used by other artists which edit and manipulate these original layers. In this way, it becomes basically impossible to say that any particular part of the album was done by a specific artist. One might hear an element which seems to clearly be sourced from Ugasanie, but the element in question would likely be one of many layers, sourced from a number of different artists, which are all then used by another artist before returning to Simon Heath where there would potentially be even more editing. Nevertheless, it can be fun to try and pinpoint various elements provided by specific artists and seeing how they fit into the grander scheme of the release. With all that said, this seems to be a very unique production process which I would say has likely not been used before by another set of artists. These Lovecraftian albums by Cryo Chamber really do fit into a category of their own.

As I stated earlier, this album has a bit of a different feel to it than the previous three releases in the Lovecraft series. Many of its deeper characteristics will take multiple listens before any concrete judgment could be made about the album. That in itself is a positive to me. The digibook adds another new element to the series. I highly recommend picking up the physical version of this release to have a hands-on experience of browsing through these selected passages from Lovecraft’s texts as well as admiring the brilliant artwork created by Simon Heath. Cryo Chamber continues, with Yog-Sothoth, to push the boundaries of their genre and the industry standards of dark ambient. The music is incredibly thought-provoking and the visuals are in a class of their own. I, for one, will be pleased to see this series continuing for years to come, Lovecraft’s mythos and the pool of talent at Cryo Chamber are both fertile for many more iterations of this sort of release.