This week we continued with re-publishing some past interviews, as well as added in a few reviews of some great new releases. Enjoy the week’s offerings!
The first Patreon exclusive mix has been uploaded. Consider supporting This Is Darkness here to get access to the occasional exclusive content!
If you have a project that you would like to see in these Frozen In Time posts get in touch with This Is Darkness at: info@thisisdarkness.com

A Bleeding Star – New Single Released (Digital Only)
“Rendezvous: Hopefully Ye Make It Here Astrally Soon…for We Both Are Crystal Clearly Overdue” is the latest track by A Bleeding Star. The single is self-released on Bandcamp in the “name your price” format.

Anima Nostra – Debut Album Available For Pre-order
(Malignant – CD & Digital)
This is a bit outside the scope of dark ambient, but nevertheless a brilliant collaborative project with dark ambient powerhouse Nordvargr.
Malignant Records says about the album: “Initially the name of a collaborative CD between Henrik Nordvargr Björkk and Margaux Renaudin released on Cold Spring in 2016, the duo have now relabeled and solidified themselves under the Anima Nostra moniker, and in turn, broadly expanded their sonic palette, taking the more intimate ritual ambient aspects of the debut, and incorporating them as part of towering constructs that blur the line between death industrial, doom metal, and neo-classical. With it’s upward swells of foreboding brass, fearsome tribal percussion, and hammering, bass heavy dirge, “Atraments” is the unleashing of something truly monumental and cataclysmic, eclipsing nearly everything Nordvargr has ever been associated with in of scope and grandeur. Integral and prominent in the mix are heavily serrated and imperious vocals, employed to drag the listener inexorably into an inferno of apocalyptic proportions, while adding a more structured “song” element and trumpeting the arrival of an inevitable doom. “Atraments” stands firmly as a vision complete and the perfect soundtrack for times of great tumult. Completed with artwork by Thomas Ekelund (Trepaneringsritualen) and Portuguese occult calligrapher Gordoletters, in 6 panel, heavy stock digipak with varnish print.”
Releases on 16 June 2017

Blank Embrace – New Album Released
(Stereoscenic Records – Digital Only)
Blank Embrace released 15 albums during February & March of 2017. This album is a “best of” from those fifteen. Blank Embrace is a prolific ambient artist from Yessey, Russia making music using analog instruments such as balalaika, guitar, and piano; digital synthesizers; field recordings; and of course, a lot of masterful post-processing. “I’m inspired by the surrounding world around me, literally from a ray of light that falls on a wall, for example.” This album is released as “name your price”.

Bloodstalker – Preorder Available (Kalpamantra – Digital)
The new album IV by Bloodstalker appears to be a combination of deep drones and industrial noises. The album will be released on 13 June 2017.

Creation VI – Pre-orders Available (Cryo Chamber – CD & Digital)
“The cold wind howls outside the warm yurt, the shaman inside prepares the pipe. The inhale is deep. With the exhale he starts throat singing. The smoke dances between drums and bells raised by the rest of the tribe. Sweaty face sway and glazed eyes blink in rhythm with the beat. This album is a journey of us humans moving through the ages in our universe. Trying to figure out our place within it as we forge myths and philosophies. Build megaliths and temples. Send our prayers into space and bide our time waiting for the miracle. Recorded on old tapes for a fuzzy warmth. This album uses a lot of acoustic instruments like blockflute, chinese flute (hulusi), shruti-box, harmonica, ocarina, kazoo, bells, chimes, seeds & seedpods. Tribal drums make you feel like you are in the middle of a hypnotic ritual. Recommended for you who enjoy Ugasanie and Paleowolf and field recordings.”
Releases June 13, 2017

Eighth Tower Records – New Compilation Released
(Eighth Tower – 2CD & Digital)
Raffaele Pezzella says about the latest compilation: “The labyrinth combines the imagery of the circle and the spiral into a meandering but meaningful path. It is a powerful metaphor for life’s journey, but it also provides a particularly satisfying neurological experience. Our brains operate differently in a labyrinth, it seems, and therefore, we become different people, even for just a few minutes.
To understand labyrinths, you must first understand that a labyrinth is not a maze. Mazes must be solved, a left brain activity that involves choices and an active mind and logical, sequential, linear thinking. A maze is multicursal, with many paths. If you don’t pay attention, you can get lost in one. Not so with a labyrinth. It is unicursal – one way in, one way out. There are no decisions, no choices, no thinking required. The only choice is to enter. To walk one is a right brain activity involving intuition, creativity, and imagination, and it requires a receptive mindset. You must trust the path, surrender to it. A labyrinth is not a puzzle; it is a mystery. Theologian Diogenes Allen illuminates the difference: ‘When a problem is solved, it is over and done with. We go on to other problems. But a mystery, once recognized, is something we are never finished with. Instead, we return to it again and again and it unfolds new levels to us. Mysteries, to be known, must be entered into. We do not solve mysteries. The deeper we enter into them, the more illumination we get. Still greater depths are revealed to us the further we go’. Our brains are looping mysteries like labyrinths.”

Holotrop – New Two-track Single Released
Terra Lucida is the latest by Holotrop. Expect all the ritual / psychedelic / dark ambient sounds for which Holotrop is known. These tracks are also contained in the RITES OF NATEMA boxset.

NotNotice – New Album Released (Crnazemljanet – Digital)
Crnazemljanet says about the album, “The album Trasmutazione narrates the process of change in consciousness connected with spiritual experience. NotNotice uses a combination of noise with extended musical landscape in his tracks. Dark dreams allow you to see the colors. The combination of internal voices and whimsical looped melodies are introduced into trance…”

Svartsinn ‎– Pre-order Available (Cyclic Law | Old Captain – CD & Digital)
You can read my review of Collected Obscurities here.
“Collected Obscurities is a collection of tracks from various compilations and also gathers unique collaboration works with Northaunt, Allseits, Psychomanteum and Gydja. These were released between 2002 and 2012 and many have now been unavailable for a long time. Also included is an early alternate version of “September Dirge” from the “Elegies For The End” album. Obscure and oppressive is the world of Svartsinn, explore this special selection of some of the finest Dark Ambient soundscapes released in the past decade. Prosper In Darkness… ”
Releases on 21 June 2017
https://oldcaptain.bandcamp.com/album/svartsinn-collected-obscurities
https://cycliclaw.bandcamp.com/album/collected-obscurities

Annihilvs Power Electronix
Gospel of the Gash is the news letter published by APEX. If you are interested in all the latest news coming from their label, give this newsletter a read here.

Miskatonic West – Pilot
Professor Sousaku Kaos and his band of intrepid students must thwart an evil plot by mysterious monsters and devious beings, inspired by the works of H.P. Lovecraft.

Zero Kama, Nekrophile Rekords
and the Occult Underground of the Post – Industrial Era

Cryo Chamber
50% off on all Cryo Chamber releases by Alphaxone can be found here. 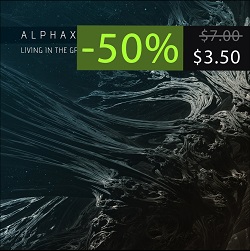 Alphaxone – Living in the Grayland $3.50
From Alphaxone (IRAN), comes this outwordly dark ambient album. The soundscape varies between the ancient and the futuristic and inspires for internal stories about the path of mankind. 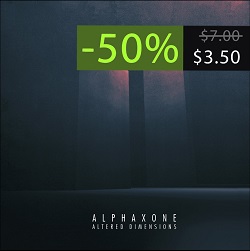 Alphaxone – Altered Dimensions $3.50
The push and pull of sizzling layers creates a storming sea of resonating bliss, until the dark waves of deep crashes in upon us. With Altered Dimensions he reaches a new level of audio fidelity and there is always something subtle in the background as protruding from beyond the physical plane. 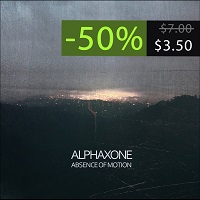 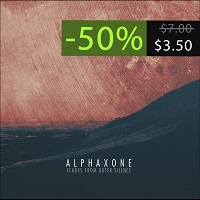 Alphaxone – Echoes from Outer Silence $3.50
Distant worlds loom on the edge of the solar system. Their echoes through space in search of anyone willing to listen. Field recordings on Earth a contrast to the empty space drones above. This is an album best enjoyed when relaxing with a cup of freeze dried coffee in zero G. 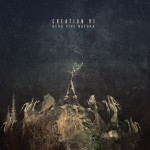 Creation VI – Deus Sive Natura
Deus Sive Natura is a delight. It is one of the darkest bodies of work Creation VI has created to date. This isn’t a sinister darkness that seeks to scare or unsettle us. This is darkness of flickering flames, sparks of fire and life mingling with one another, as they dance into the night sky. Dues Sive Natura should prove to be an essential addition to the collections of anyone that seeks to reconnect with the past, to rediscover the old ways with all their glory, mystery and darkness of times long forgotten. Cryo Chamber proves once again that the boundaries of dark ambient were meant to be pressed. The sky is the limit when it comes to interpretations of these dark soundscapes. Light your incense, brew a robust herbal tea and prepare for a journey into the past, to times which we should never forget, lest humanity itself be forgotten…
Read the full review here. 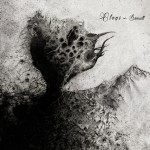 Elegi – Bånsull
You just see the old piano and violin covered in spider webs and the spectres of grave old men in black suits playing mournful tunes. It makes me think of broken patephones, decaying sad family photos, black and white films on old reels and European cities in the 30s, at dawn, covered with fog. Ambient vintage at its best. I know, it’s a trendy term, but I can’t help that it fits here like anywhere else.
Read the full review here. 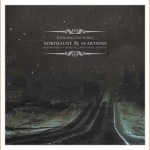 Northaunt & Svartsinn – The Borrowed World
Every dark ambient fan should experience this masterpiece. Listening to it in the 100+ range, I still feel those same emotions that I felt on my first listen. The album played on repeat the whole time I re-read the novel for the purpose of this article, and I will still be happy to hear it yet again when I finish.
Read the full analysis here. 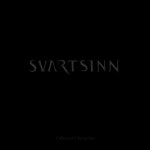 Svartsinn – Collected Obscurities
So for readers that don’t know much about Svartsinn, Collected Obscurities is a wonderful place to make that first introduction. For those of us that followed him for years, Collected Obscurities is a damned good reminder of why we love Svartsinn and its a perfect way to hold us over until he finally delivers his new opus, which we must all be hoping to happen sooner than later. There are all the usual elements that we know Svartsinn for and the collaborations give us a chance to focus on the brilliant collaborative side of the Svartsinn project, which have been so dispersed and few in number over the years that many of us should find them as a welcome refresher. While there is nothing particularly new here, that doesn’t change the fact that Collected Obscurities is an absolute pleasure from beginning to end, and deserves a place on the shelf beside the rest of his illustrious discography.
Read the full review here.

Hypnagoga Press – Interview
Continuing to re-publish interviews that were conducted on Terra Relicta, here is an interesting review with Pär & Åsa Boström. They talk about the plans and ideas behind Hypnagoga Press as well as subjects such as Kammarheit, Hymnambulae, Cities Last Broadcast and Altarmang.
Read the full interview here.