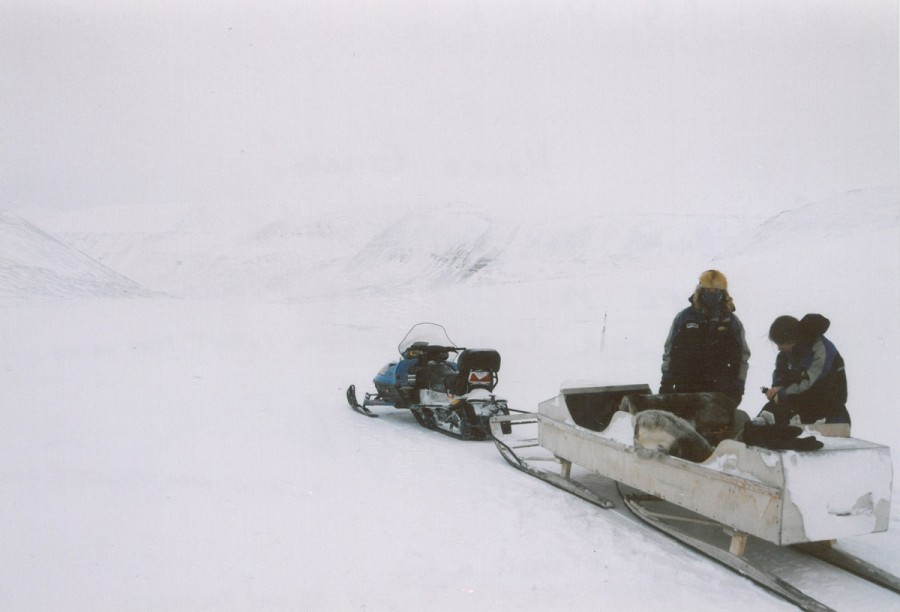 Again this week, we have a ton of new releases to announce. Of particular interest, an interview with Northaunt, and the long-awaited return of The Rosenshoul, with their self-released album, which actually gets a really professional looking digi-pak release alongside the digital. As the summer winds down and we move into fall we should expect to see the frequency of releases continuing to increase. Rest assured that This Is Darkness will keep you up to date on all news and developments surrounding the dark ambient community!

Anthéne – New Album Released (Polar Seas Recordings – Digital Only)
For the First Time in Years is a long-form track which straddles the boundaries between ambient and dark ambient. A track that is deeply meditative and enlightening.

Francesco Giannico & Giulio Aldinucci – New Album Preorder (eilean rec. – CD/Digital)
Electroacoustic musician, videoartist and web designer, Francesco Giannico founded in 2010 AIPS and in 2013 Oak edition with Alessio Ballerini. His musical approach is better described as a cinematic journey which pushes the boundaries of digital media. He collaborated with many artists like: Kim Cascone, Ben Chatwin, Fabio Orsi, Alessio Ballerini.
Giulio Aldinucci has been active for years as a composer in the field of experimental electroacoustic music and in the research on soundscape. He wrote music for theatre, video art, documentaries and short movies. With Attilio Novellino he launched the project Postcards from Italy.
Giannico & Aldinucci’s works have been released on some labels such as Time Released Sound, Unknown Tone Records, Dronarivm and Home Normal. After their first release on Dronarivm in July 2016, they present their second album together.

Gailes – New EP Released (Digital Only)
Rafael Anton Irisarri’s project Gailes uses field recordings and minimal dronescapes to produce a sound that is somber and comforting in its darkness.The album was written, recorded and produced at Black Knoll Studio (New York) between January 22 – 25, 2016 during a snow blizzard, which lasted 24 hrs.

Iurta – New Album Preorder (Cyclic Law – CD/Digital)
Joint project of Portuguese J. A. (Wolfskin, Karnnos) and A. Coelho (Sektor 304). IURTA is a reflection upon the modern dystopia. Inspired by the works of J. G. Ballard and A. Tarkovski, IURTA’s first full length album deals with the fragmentation of identity, of a mind forged by short-circuited information processes. It is a guided descent into an abstracted insanity, a sonic diary of the verge of mental breakdown through soundscapes built upon cascading drones, harsh textures and minimal sonic oscillations. Neural dark ambient, at times punctuated by a cinematic tone exploring the limits of an inner space.
Releases 23 August 2017.

Kaa – New EP Released (Digital Only)
Kaa, the side-project of Italian dark ambient artist Vortex, has released a new EP which has a jazzy neo-classical feel. The darkness remains present but is certainly not overwhelming.

Med Gen – New Album Released (ΠΑΝΘΕΟΝ – Digital Only)
“This album reveals mysteries of Nature encountered at intuitive levels of perception. Unspoken, non-verbal, but available in the streams of sounds, repeating the patterns of nature, embossed with its voices. Enchantment of wanderings and untold fairy tales…
«The idea of this album is five natural places of power, which are unusual and magnetic in their own way. Some of these places have “gates”, specific points of entry to the location. Some of them have few smaller zones, which are forming the whole organism. All locations were visited in the night time to obtain field recordings, photo and video materials. But even in the process of many years of examination all these places have certain novelty because each explored place opens few more other locations. Influence of one onto another is highly unpredictable». ”

Monty Adkins – New Album Preorder (eilean rec. – CD/Digital)
Monty Adkins is experimental sound artist based in remote countryside of the north of England. His work is deeply influenced by the visual arts and psychogeography resulting in collaborations with a number of painters and digital artists. Inhabiting a post-acousmatic sensibility, Monty’s work draws together elements from ambient, acousmatic and microsound music producing a soundworld characterised by slow shifting organic textures derived from processed instrumental sounds. His work can be found on various labels including Audiobulb, Cronica, Signature, and empreintes DIGITALes. He presents on Eilean Rec. his sixth solo albums since 2009.

Noctilucant & HollowHecatomb – New Album Released (Grey Matter Productions – Cassette/Digital)
“No one recovers from the disease of being born, a deadly wound if there ever was one.”
– Emil M Cioran

Phantoms & Mirages – New Two Track Single Released (Digital Only)
Phantoms & Mirages is Embers Below Zero side project focusing on darker and more experimental atmospheres. These two tracks are a short prelude of things to come.

Randal Collier-Ford – New Album Preorder (Cryo Chamber – CD/Digital)
The last entry in the apocalyptic series, the accumulation of events that has brought the listener to this point, Promethean is the closing chapter of the worlds transformation.
Promethean picks up years after the event of The Architects destructive era of eradication, as well as the years of darkness and reflection within the Remnants album. The album opens with a transmission from an unnamed wanderer, facing down the sight of an opening maw in the Earth, speaking of his next destination; his search for answers. The album takes him, and the listener, through a new world, a reshaped world, with new eyes to see what remains, what was, what will be. Until he reaches his final destination, his final transformation, the point in time to change his path forever.
Promethean is a multilayered effort to tell an overarching storyline, through multiple timelines and multiple realities. To allow the listener to dive deep into each tracks meaning in their symbolism, how they tie the album together, as well as the series.

Sana Obruent – New Single Released (Digital Only)
This is an audio collage of the Sana Obruent track “Intermission” and audio from the cassette tapes that were made by heiress Patricia Hearst who was kidnapped on February 4, 1974 in Berkeley, California. Audio from cassette tapes are from Day 59, April 3, 1974 – Day 80, April 24, 1974.
Track was recorded and mixed at TSC studios somewhere in California – August 2017.
Patty Hearst is the granddaughter of American publishing magnate William Hearst. She was was kidnapped by a left-wing terrorist group known as the Symbionese Liberation Army (SLA) in 1974. After being isolated and threatened with death, she became ‘supportive’ of their cause, making propaganda announcements for them in the form of audio tapes and taking part in illegal activities. She was found 19 months after her kidnapping, by which time she was a fugitive wanted for serious crimes.
She did jail time but there was much discussion about her situation – she was possibly brainwashed (Stockholm Syndrome) and therefore had her sentenced commuted by President Jimmy Carter and pardoned by President Bill Clinton.

Shelter of Trees – New Single Released (Digital Only)
Shelter of Trees deliver another descent into the imagination with “Among Spiral Friends”. The music is extremely subtle, a perfect companion to relaxation, meditation or sleep assistance.

Winterblood – New Album Released (Digital Only)
Minimalismo Arcano is the latest self-released album by Italian dark ambient / dungeon synth artist Winterblood. Minimalismo Arcano, contrary to its name has a broader spectrum of sounds than most of his previous works. There are sweeping drones, analog manipulations and somber pianos, among other things, coming together to form one of his most personal and introspective works to date.

This Is Darkness – Week In Review

Northaunt – Interview
Hærleif Langås is the man behind several dark ambient acts, including: Northaunt, Therradaemon and The Human Voice. I was lucky enough to pick Hærleif’s brain about some of his inspiration over the years, information about upcoming releases and the frailties of the human condition, among other things. An interview with this Norwegian artist, one that has dedicated so much of his career to music of the coldest variety, seemed like a fitting way to give us a bit of rest and distraction from the scorching summer months.
Read the full interview here.

Leonard Donat – Deer Traps
Alexander Leonard Donat is best known for his project Vlimmer. Vlimmer is a genre bending project which touches on dark ambient, darkgaze, darkwave, indie and krautrock among other things. His latest release Deer Traps is released as Leonard Donat also on the Blackjack Illuminist Records label, where most of his works can be found.
Deer Traps takes a significantly more subtle approach than albums under the Vlimmer name. The album is decidedly lo-fi, giving it a sort of warm rusty feel that could almost touch on the emotions conjured by The Caretaker and the like. Yet, contrary to the comparison, the actual sounds beneath this hissing and cracking are presented in the most minute of detail.
Read the full review here.

protoU & Hilyard – Alpine Respire
Alpine Respire is a perfect fit on Cryo Chamber. It has all the attention to detail one would expect of this label. The field recordings are crisp and give life to the entire album. The drones are varied, sometimes taking on hollow natures other times so dense that they literally seem to crush boulders. protoU and Hilyard make a fantastic pairing, their skills seem to be relatively overlapping, as are their goals. This album is overflowing with field recordings. For listeners that love to hear the elements of nature transported to their speakers, this is the perfect album to add to their libraries. the drone work is also top-notch. The combination makes for some brilliantly dark ASMR enriched music. It is the perfect companion to a late night of reading, a stroll through nature, or a critical session of active listening on a high-quality headset. I, for one, will surely be returning to this album very often.
Read the full review here.

Siyanie – Mystery of Life
The two musicians are known from their other projects, as both Vresnit and Neznamo are already recognized members of the ever-growing Russian ambient/experimental family. Mystery Of Life is their fourth album, including the collaboration with the mentioned Neznamo. I know that our page is called This Is Darkness and Mystery Of Life is somewhat distant from the pitch-black or grey ambiances (check the cover), but there’s a certain form of depth which most of the shades of ambient share. The spirituality, the detachment from the mundane world. But, while dark ambient artists often wander through the wastelands, sometimes in the literal meaning, sometimes as a metaphor of the dark corners of the human soul, the artists like Siyanie (Russian word meaning “radiance”), search for a harmony with nature, a contemplation in a peaceful solitude.
Read the full review here.