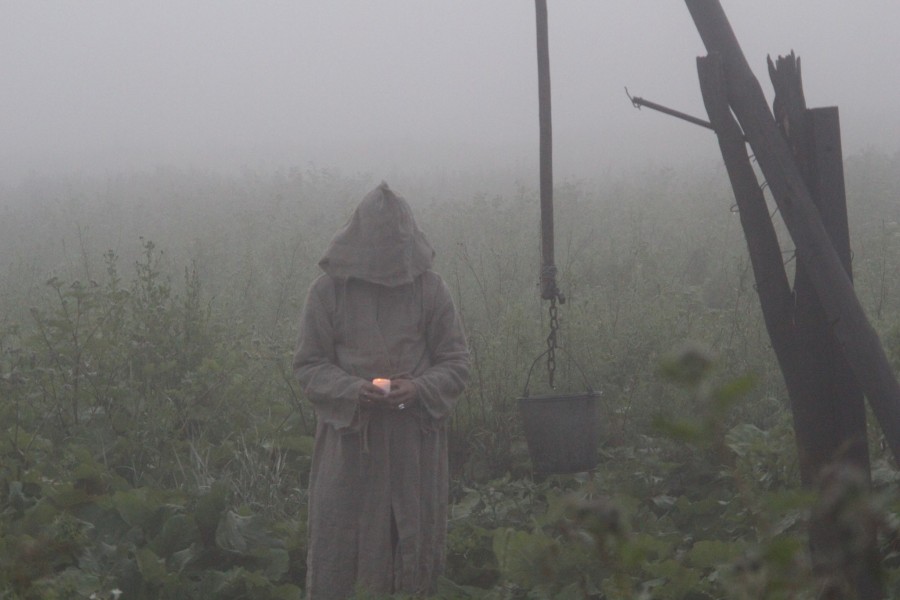 Black Mara Records is a relative newcomer to the genres of dark, ritual, and drone ambient. They have been able to quickly solidify their position as a premier Russian label. Including albums from Ad Lucem Tenebratum and Ugasanie, as well as compilations with some of the most promising new artists around the world, Black Mara has set themselves apart. Each release has its own unique packaging, coming with magical stones, herbal-teas, and various box-set formats filled with goodies. I had plenty of reason to get in touch with Dmitriy the owner of the label. We spoke about his mission for the label, along with the subjects of the gods, and some of his personal tastes. Enjoy the following interview conducted from opposite sides of the globe.

Michael: Thank you for taking the time to speak with me Dmitriy. First off, maybe you could tell the readers a bit about yourself, and why you decided to form the label, Black Mara. 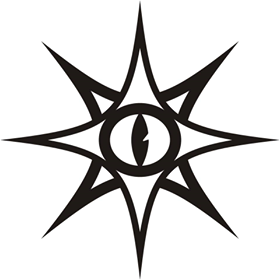 Dmitriy: Hi! Dark ambient and similar music attracted me for a long time. The first thought about creating a music label came to me about 2-3 years ago. I was in correspondence with Halgrath and a few other performers. At that time, Halgrath was not published on Cryo Chamber. But a clear concept at that moment was not developed. Only a year later, the idea came to me again. We thought – what’s missing, in our view, for the presentation of the album and developed further on this style, as a sound and visual component of our releases.

Michael: I’ve been listening to Black Mara releases since the label first showed up on the dark ambient scene a little over a year ago. Each release has its own feel and unique packaging. I wonder, what gave you the idea to do these unique packages?

Dmitriy: Thank you! The music itself tells us, in what form it is convenient to be published on Black Mara. Dark ambient creates images, backed by emotions, they fly around, and are sometimes elusive. 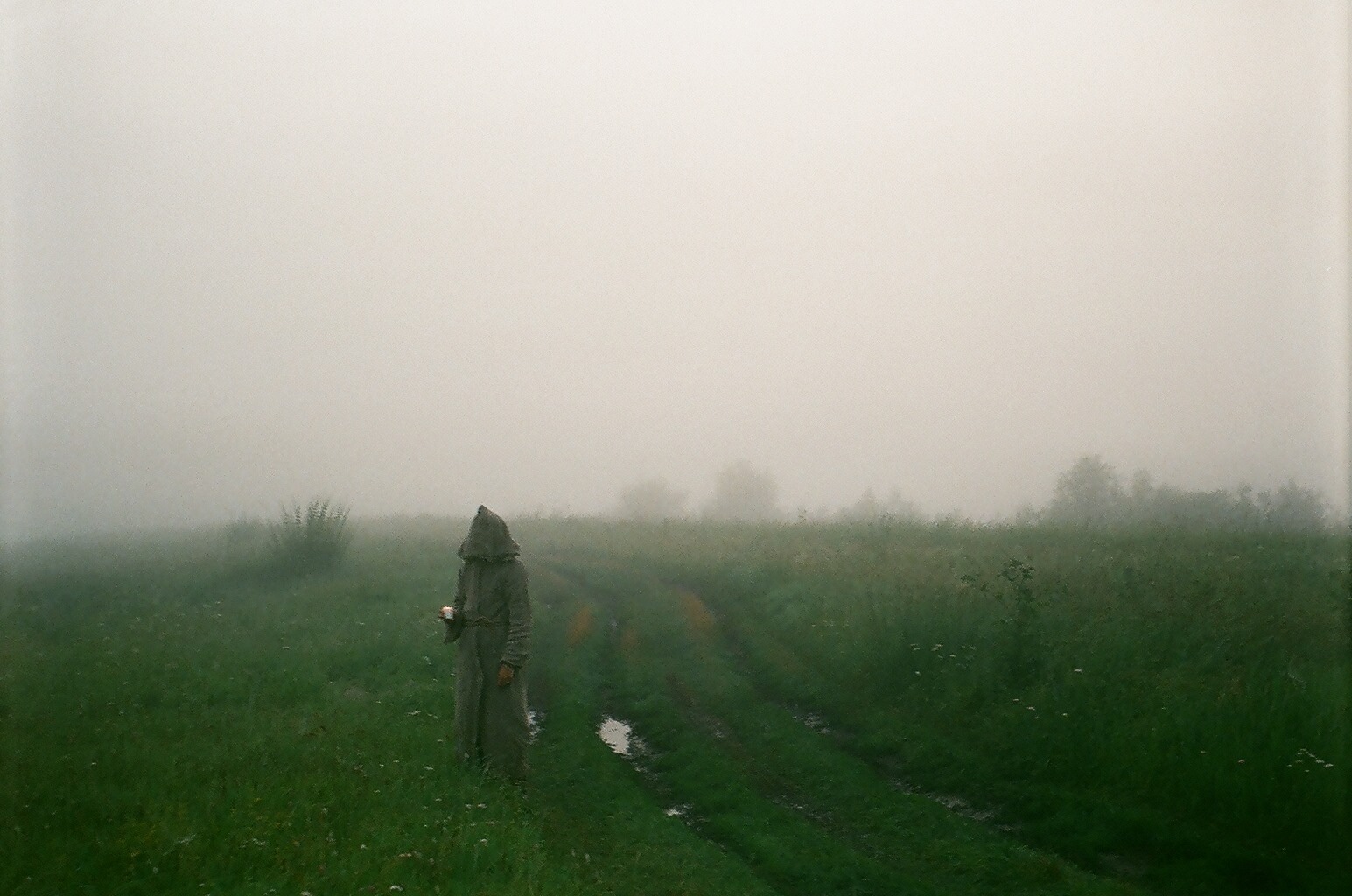 Michael: Do you produce music yourself, or do you just run the record label?

Dmitriy: Yes, I create a little of some sound canvases. I began composing in my youth. Then, I was fond of experimental electronic music. I also DJ a little. My dark ambient mixes I still like, because some of them took a long time to create, carefully choosing the composition. All the work is like puzzles or colour mosaics to me. Just need to try to do it correctly and it is interesting to draw a picture of what you have.

Michael: Russia seems to be one of the most fitting regions of the world to produce dark ambient. There seem to be many dark ambient artists coming from this region, of varied quality. Can you speak a little bit about how this part of the world has been an influence on your musical taste?

Dmitriy: I realize the fact that the entire universe affects us, whether we feel it or not. Sometimes I see, for example, a lone tree in the field and it immediately fills me with inspiration. Any sounds in the street. In general, everything is able to affect us. Apparently, you only need to be open to it. I like the ambient from any point of the universe. If only it has a quality that carries any messages and is able to invoke emotion when listening, creating interesting live pictures in the imagination. I want to also note that in Russia a lot of interesting dark ambient artists have their own style. 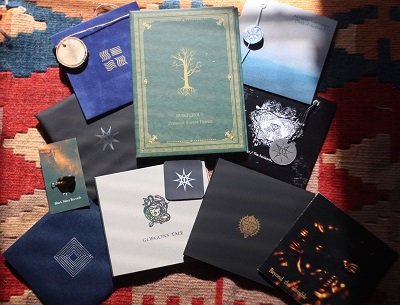 Michael: The Dark Side, by Ugasanie, was the first record to catch my eye on Black Mara, as I’ve been a huge Ugasanie fan for several years now. It seems like his album was a great way to get the word spread around about Black Mara. Are you friends outside of the musical world?

Dmitriy: Of course, we keep in touch. It is the same with all artists whose albums we published.

Michael: Will you plan to work with Ugasanie again in the future?

Dmitriy: We would be happy. (Smiling)

Michael: Along with established artists, like Ugasanie, you also have worked with some new-comers to the genre, such as Ad Lucem Tenebratum. What are some elements you look for in a new artist when considering releasing their album? 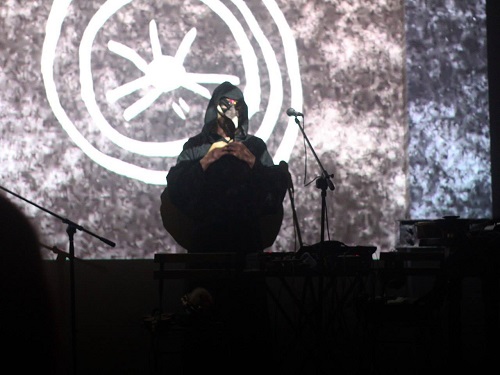 Dmitriy: Ad lucem Tenebratum (Ad Lux Tenebrea) is quite an old and well-known project. They are considered to be one of the pioneers of the genre in Russia. They have published music since 2003. First, material for publication must be conceptually interesting. Secondly, it is very important to the quality of material to release. And third, music should affect the imagination and emotions, like I said earlier.

Michael: Oh! I didn’t realize Ad Lucem Tenebratum and Ad Lux Tenebrea were the same musician! Thank you for clearing that up! On your two compilation albums Beyond The Invisible and Gorgons Tale, you have picked artists from all over the world, including Ireland, Iran, and France among other places. Will you be looking further outside Russia for permanent additions to the Black Mara roster? Or do you prefer for this to be a strictly Russian endeavor with minimal outside influence?

Dmitriy: Oh, of course we are focused on the whole world, obviously. Many performers from different countries perfectly fit into our concept. It has always been this way.

Michael: Sun by Welcome Black, comes with a meditative DVD companion disc. Would you like to explain a little bit about this release, and how the DVD complements it?

Dmitriy: Well, I immediately appreciated the sound of this album. While I am listening to it, in my head interesting and strange thoughts arise, some memories. It looks to me as if it sweeps through all life, at a glance. Here and carefree, youth, what hidden secrets, dreams, growing up and becoming, and the end of life. This is something global, generalizing everything and everyone. This is the original idea of the author, and we think he managed to perfectly express his idea. When I started developing the release of Sun we decided to shoot a small clip. But in one short video it is impossible to fit all that music. So, we started filming a meditation movie. The film begins with the dawn, symbolizing the birth. A lot of wildlife, mountains. We are growing and embarking on an interesting path. Our whole life is a great adventure. In the movie sometimes the soul is clearly heroic. It enters into different situations in this adventure. Also, the film is affected by subliminal hidden moments, dreams upon dreams. In the film we see the loneliness and the beauty of individuality, of items, some of which remain with us, and some are slipping from our lives. Finally, the journey comes to an end. The phrase “That death should finally tell us” – most accurately describes the essence. I really like what we did. The entire film was shot on the old optics from an SLR camera, so there are real moments of defocusing or concentration. On some modern digital cameras and phones that would be impossible. 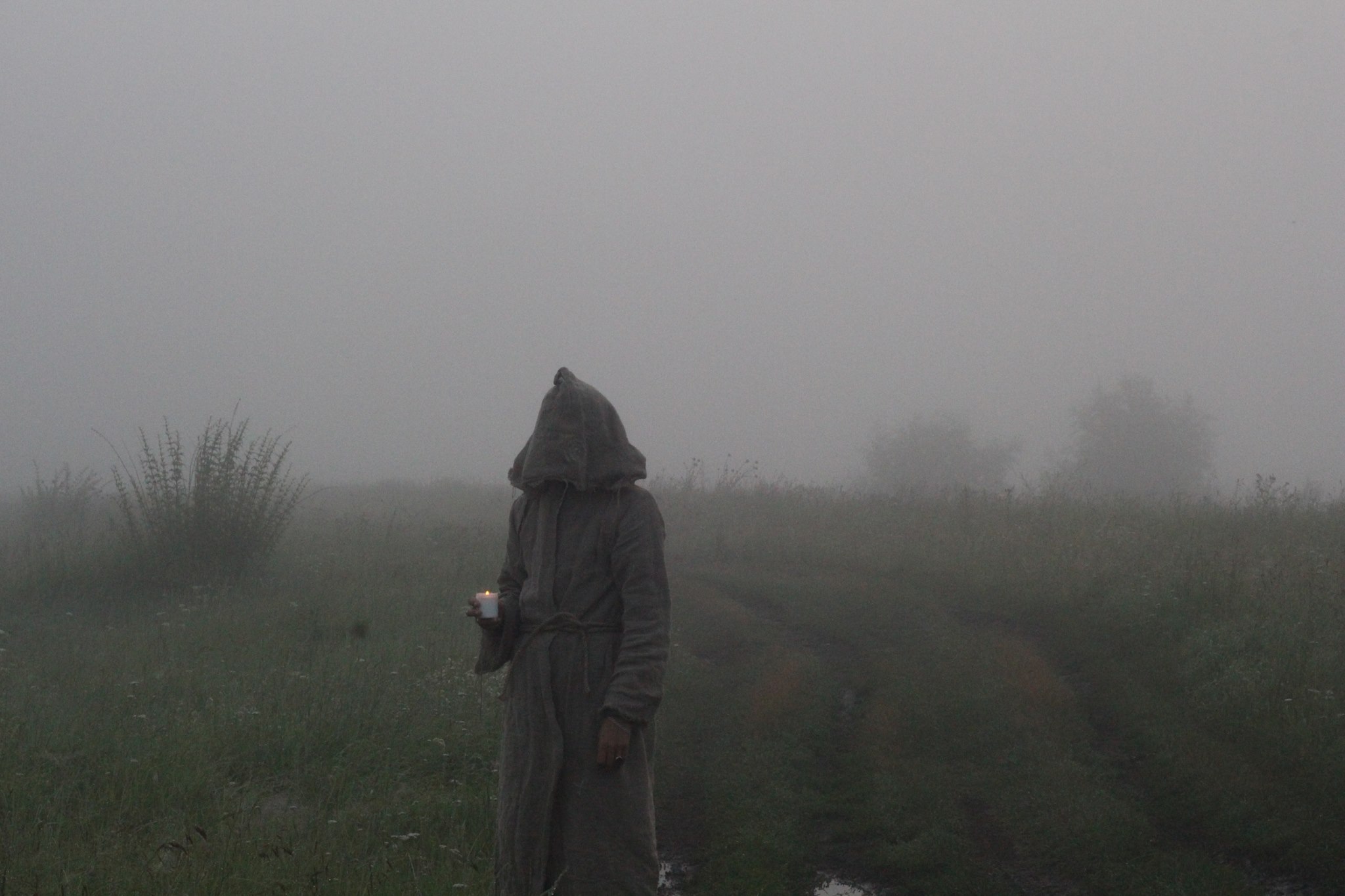 Michael: Can we expect to see any Black Mara concerts in the future?

Dmitriy: Not so long ago we organized a concert in Novosibirsk. The performance featured Sacra Fern, Ad Lucem Tenebratum and Time Spiral (Spiral Vremeni). Everything was great! And, Yes, we are thinking about the sequel.

Michael: What are your views on religion, and how do they affect your record label’s format?

Dmitriy: Each of the faiths’ professions changed very much since inception and currently do not carry the semantic load that they once had. In our day, religion is very politicized and, in our opinion, divorced from God. Almighty God is inside of us. For us God’s temple is nature, and our task, if we believe in God, at least try to save what is left. Between us and God there are no middlemen. We can always get in touch with the Almighty Creator directly.

Michael: Are you satisfied with the exposure Black Mara is getting so far in the dark ambient scene?

Dmitriy: We get a lot of positive feedback. But we believe that this is not the limit and we have room to grow.

Michael: What is your favorite film or director?

Dmitriy: Hmm. I like lots of movies, it is hard to remember them all at once. I would like to mention David Lynch with his “Inland Empire” and “Mulholland Drive”. I like the film “Stalker” by Andrei Tarkovsky, “The Beginning”, some old pictures by Tim Burton. “The Matrix” at the time, made a deep impression, some of the old fantasy types like “Alien”, “The Thing” and “2001: a Space Odyssey”, one of my most favorite movies is “The Shining” by Stanley Kubrick. Of course, I watch a lot of movies and many of them I like, some of them are known worldwide, and some only to a narrow circle of spectators.

Michael: Nice list! Many of these are also my favorites! If you could have any one dark ambient artist from the history of the genre on your label, who would you pick?

Dmitriy: Voice Of Eyes, Halo Manash, and Inade are the first who came to mind. At the time, I really wanted to work with Ugasanie and Ad Lucem Tenebratum. And we did it.

Michael: Thanks for taking your time to answer these questions Dmitriy. I wish you the best with your upcoming releases on Black Mara. I’ll leave the last words to you.

Dmitriy: Thank you Michael. I want to wish the readers of your magazine bright good experiences in life, fulfillment, and happiness. Good luck!