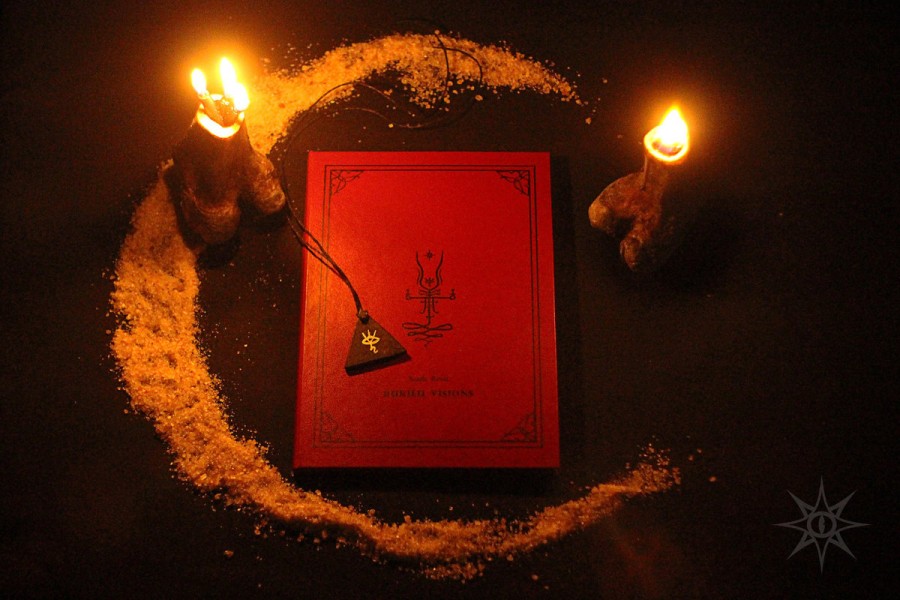 First order of business this week is a correction to the Vond review from last week. Vond Green Eyed Demon was re-released on Funeral Industries label, not Omnipresence! My apologies for the confusion.

I am again mentioning our Patreon page, where we could use some much needed support. I am currently not even making enough back to pay for the monthly maintenance of the bank account which I must have to accept donations! I really don’t want to see this whole thing come crashing down around me in the near future, and I really can’t stress how much the support of the community is needed. Please! Consider supporting This Is Darkness through Patreon, here.

There are a ton of new releases this week, also you will see at the bottom some very interesting new articles published here on This Is Darkness, which include an in-depth interview with Worms of the Earth, an exclusive streaming of a brand new track from the upcoming album by Asath Reon on Black Mara Records and my latest review of Cadabra Records Spoken Arts material, this time it’s No Ordinary Fairy by Roland Topor!

Vacant Stations – ‘Clones’ Official Promo Video
Awaken. Force yourself up. Draw the blinds. Grey light burns your eyes. Plug yourself in. Step out of the door and fade in to the swim….
From the first opening moments of ‘Day’, you already know that you are about to experience something totally different from the artist ‘Vacant Stations’. As the first solemn sounding, notes play out, the mood is set, hanging in the air like a heavy, dark oppressive mantle. But all is not lost…there is always hope.
Vacant Stations is an ambient project hailing from London, UK who has a background in film and video. Through his music, Vacant Stations generally hopes to conjure visuals and inspire creativity. A little bit about the thoughts behind ‘Clones’ in the words of the artist himself.
“Some of the motivations and intentions behind ‘Clones’, are mostly concerning the theme of identity: A meditation on the conflict and pressures of striving for individualism in an era of homogenisation, while considering implications about the future of human identity as it inevitably merges with the technology it creates. A self-reflexive comment on what have come to be regarded as dark ambient genre conventions. Hopefully a sense of narrative also comes through.” – Vacant Stations.

A Bleeding Star – New Weekly Single (Digital Only)
Back like clockwork, A Bleeding Star hits us with another dark ambient delight. As always, the track is ‘name your price’, so give it a listen!

Acclimate – New Album Released (Digital Only)
Experimental/ambient veteran Acclimate releases their latest album, Dreams of a Mad Titan as “name your price” through Bandcamp. Give this spacey dark ambient album a listen!

Atrox Pestis / Strigae split c40
20 minutes of material from two dark ambient side projects. Atrox Pestis is Grant Richardson of Gnawed and Strigae is Leo Brucho. Both artists are know for their PE and HN material but come out strong with these tracks of eerie ambience reminiscent of being lost in the woods while you wait for the…
PHAGETAPES.MIIDUU.COM

Carbon Based Lifeforms – New Album, Derelicts, Announced (Blood Music / Leftfield Records)
Legendary ambient unit Carbon Based Lifeforms returns after a six year hiatus with their most haunting work to date. The Swedish duo’s fifth album “Derelicts” escorts the group’s massive analog ambiance to new heights.
Building upon traditions created in CBL’s early trilogy, the group’s calm, exoplanetary atmospheres are on full display – eliciting an unbelievable journey between Earth and the darkest of cosmos. “Derelicts” begins where the band’s incredible 2010 work “Interloper” completes and grows outwards from everything the band has delivered before.
Using a vast array of analog synthesis alongside sampled dishwashers, water pumps, escalators, and teething toys; the album comments on the most organic of life forces through its own constructed machines.
Recalling similar atmospheres as Brian Eno’s Apollo music, Aphex Twin’s early works, and Boards Of Canada – CBL is the obscure soundtrack to a longstanding search between the nature of Earth and extraterrestrial existence. Best enjoyed with a bottle of wine (or two) and a massive pair of headphones.
A co-release between Blood Music and the band’s own Leftfield Records.
RELEASE DATE: October 6th, 2017

Cousin Silas – New Album Released (Cephalopagus Records – Digital Only)
An album inspired by the various literary encounters I’ve had with Crowley, Parsons and Blavatsky. In journals like Fortean Times, the topic and subject of the ‘occult’ is often discussed and written about, and I’ve always found it rather interesting. The pieces on the album are a kind of aural soundscapes, moods, that were created with certain aspects of the occult in mind.

Gianluca Livi (& co.) – New Album Released (Modulator Records – CD/Digital)
This brilliant new work by Gianluca Livi and company is a blend of many different styles of music from neo-classical, to dark ambient / drone to post-rock. All this variation certainly makes for an interesting and somber listen.
Get an audio preview and read more about the album here.

Natural Orthodoxy – New Album Released
[Power Electronics/Industrial] (Digital Only)
While this certainly falls a bit outside the realms of dark ambient, it is tastefully subdued for being labelled as a power-electronics act, and seems to be worth exploring by fans of the dark ambient corners of the world. “name your price” so you can’t go wrong!
“Power electronics/industrial highly influenced by Con-Dom and The Grey Wolves. Aggressive yet miserable and hypnotic.
This album explores the meditation of death and human nature found in Camus’ ‘L’Etranger’.”

protoU & Hilyard – New Album Released (Cryo Chamber – CD/Digital)
ProtoU (Ukraine) and Hilyard (Maine, US) group up in this field recording heavy collaboration. Alpine Respire immerses you in field recordings from two continents. Warm drone contrasts raindrops and the call of animals in the wild. This damp album invites you to explore the unreachable corners of the Earth. From the harshest mountains to the darkest forests. Recommended for fans of Field Recording and slowly progressing drone.

Scott Lawlor – New Album Released (Digital Only)
“These 10 tracks were improvised in the month of March of 2017 for what I was planning to be Desert Nocturnes Volume 2 (More Ambient Excursions for the season of Lent). After 10 days of writing around 3 hours of music for the project, I abandoned this idea since I already have volume one, which is being reissued in 2018 as a remastered set with all new artwork. I decided that the tracks here under the name “A Broken Spirit” make a good collection so that is what you have. All tracks were one-take improvisations on the Roland fa-88 synthesizer with no overdubs. I hope you enjoy the music and I thank you, as always, for your listenership and support.”

sp3ct3rs – New Single Released (Digital Only)
Montreal’s Jim Wylde, also known for his projects Soft Altars and Mithraeum, has released a single with his dark ambient project sp3ct3rs. sp3ct3rs has released some music through Sombre Soniks ritual ambient label, and has a brand new eponymous album released which should be seeing a review here on This Is Darkness in the near future.

Thalaron – Pre-orders Available (Digital Only)
“Ambient space music with influences of berlin school electronics are a few words to describe the new project of Phelios mastermind Martin Stürtzer. Each track carries a set of carefully programmed sequences and sounds that are played and recorded in improvised live studio sessions using analog synths and drum machines as well as state of the art digital tools. No samples or presets have been used while creating this music.”

Krzystof Penderecki – Kosmogonia Re-released (Cold Spring – CD/Digital)
Unnerving, intense, bloodcurdling, sinister, dramatic – the music of “Kosmogonia” features Penderecki’s famous, unorthodox instrumental techniques, and some of the darkest music ever composed.
Hailed by The Guardian as “Poland’s greatest living composer”, Krzysztof Penderecki is the maestro behind the unforgettable, disturbing music on The Shining​ (including ‘De Natura Sonoris No. 2’, featured here). A complex tapestry of sound with striking use of pizzicato and flexatone, with aggressive barrages from brass and percussion, dissonant woodwind chords, spoken and hissing sounds, fervent strings, swirling organ, climactic choral and solo vocals.
Krzysztof Penderecki’s unique music has featured in films such as: The Shining, The Exorcist, Children Of Men, The People Under The Stairs, Shutter Island, and many more.
Thanks to the estate of Krzysztof Penderecki, Cold Spring are honoured to present this masterpiece in digital format for the first time since the 1974 vinyl release. Sympathetically remastered for CD by Denis Blackham and Martin Bowes. Digipak.
Order CD: http://store.coldspring.co.uk/index.php…
Order CD+DL: https://coldspring.bandcamp.com/album/kosmogonia-csr238cd

Malignant Records Bandcamp digital downloads sale.
It’s almost August, which means we’re officially mired in the dog days of summer. To escape the heat and suffocating humidity, might I suggest you stay indoors and take advantage of the newly applied 30% discount on digital downloads over at the Malignant bandcamp page? Just use the code dogdays30 at checkout and curse the sun as you drift into darkness.
https://malignantrecs.bandcamp.com/

Cadabra Records – No Ordinary Fairy by Roland Topor
“If you are a fan of Topor’s works, enjoy the music of Theologian, or just love to collect unique and high-quality vinyl releases, the No Ordinary Fairy LPshould be right up your alley. Cadabra Records have quickly solidified themselves in the vanguard of the spoken arts. I really can’t recommend the works of this label enough, and No Ordinary Fairy is a perfectly suitable place to start.”
Read the full review here.

Worms of the Earth – Interview
Dan Barrett is the man behind Worms of the Earth. Over the last few years he has covered a lot of different ground with his musical project Worms of the Earth. While dark ambient has always been close to his heart and a staple of his music, he’s never afraid to blend and even traverse into new territory and different genres. He told me that he had a sale going on, 40% off his last two full length albums, Sitra Achra and Azal’ucel. He set this sale in motion as a nod to his previous accomplishments, but also as a notification of the rebirth of Worms of the Earth. Curious about the changes in store, and wanting to let readers know about these two excellent albums, I decided to interview Dan. You should really get to know a lot about Dan’s background as a musician, and the level of seriousness and spiritual energy he has put into the project over the years.
Read the interview here.