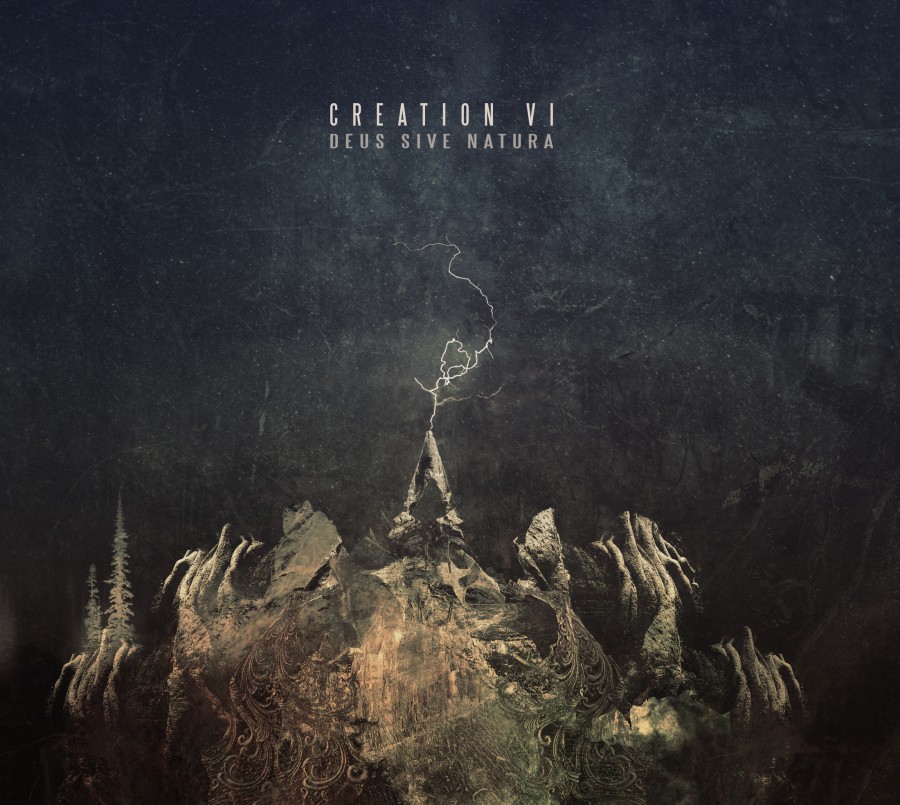 Creation VI is by no means a newcomer to the dark ambient scene. Since back in 2009, Creation VI has been honing his sounds, working toward a perfection of the ritual / dark / tribal ambient styles. His work always showcases a great respect for nature in all of its lighter and darker forms. Over the years, Creation VI has collaborated with a number of noteworthy musicians including SiJ, Astral & Shit and Ugasanie. His 2015 release, Birds of Naukan, collaborating with Ugasanie, was my first encounter with his music. Since then I’ve been keeping a close eye, or should I say ear, on his work.

Deus Sive Natura is Creation VI first release on Cryo Chamber. With the reputation and roster of Cryo Chamber, it stands to reason that this must be a turning point in the career of this talented musician. Indeed, it becomes immediately clear from the very beginning of the album that Deus Sive Natura is something special.

“Ancestral Voice” the opening track on Deus Sive Natura drops us right into some deep rumbling dronescapes that mingle with crisp field recordings and tribal instrumentation. It’s a full and imposing sound. Listening through a good set of headphones, the sounds come alive, totally engulfing the listener. The track easily accomplishes its task of bringing this “Ancestral Voice” to life, with all due reverence to the bygone generations of humanity, those who lived millenia before modern technology attached an expiration date to our planet.

“Deus Otiosus” drags us even deeper into the past. Again the dronescapes are all encompassing, filling listeners with a sense of primordial wonders. This track seem to take on a more religious tone, not the sort we would hear on some cathedralic ambient music like that of raison d’être or Metatron Omega. This is a tone that is much more primal, a window into the earliest religious developments of humanity. The thick dronework is complemented by all sorts of prehistoric, ritualistic sounds. There is a chiming, which sounds more akin to something hand-made than the metallic jingling of a modern chime. There is a sort of shamanic chanting which melts into the drones. Images arise of a smoke filled yurt in the darkest hours of the night, deep in the vast unmolested depths of an ancestral forest.

Each track on Deus Sive Natura takes us deeper into this narrative, takes us closer to the long lost truths of our ancestors. Creation VI builds not only a narrative, but a brilliantly detailed landscape, teeming with life in its most primordial form. These are the sounds of everything that we have lost as humanity. Everything that was once sacred to us. Our Earth. The flora and fauna which sustained our life. The relationship that we once held with the many gods of our ancestors. Creation VI begs us to rediscover what once made us human, what we desperately seek to rediscover, if only the hustle of our daily chaos would allow it.

Deus Sive Natura is a delight. It is one of the darkest bodies of work Creation VI has created to date. This isn’t a sinister darkness that seeks to scare or unsettle us. This is darkness of flickering flames, sparks of fire and life mingling with one another, as they dance into the night sky. Dues Sive Natura should prove to be an essential addition to the collections of anyone that seeks to reconnect with the past, to rediscover the old ways with all their glory, mystery and darkness of times long forgotten. Cryo Chamber proves once again that the boundaries of dark ambient were meant to be pressed. The sky is the limit when it comes to interpretations of these dark soundscapes. Light your incense, brew a robust herbal tea and prepare for a journey into the past, to times which we should never forget, lest humanity itself be forgotten…