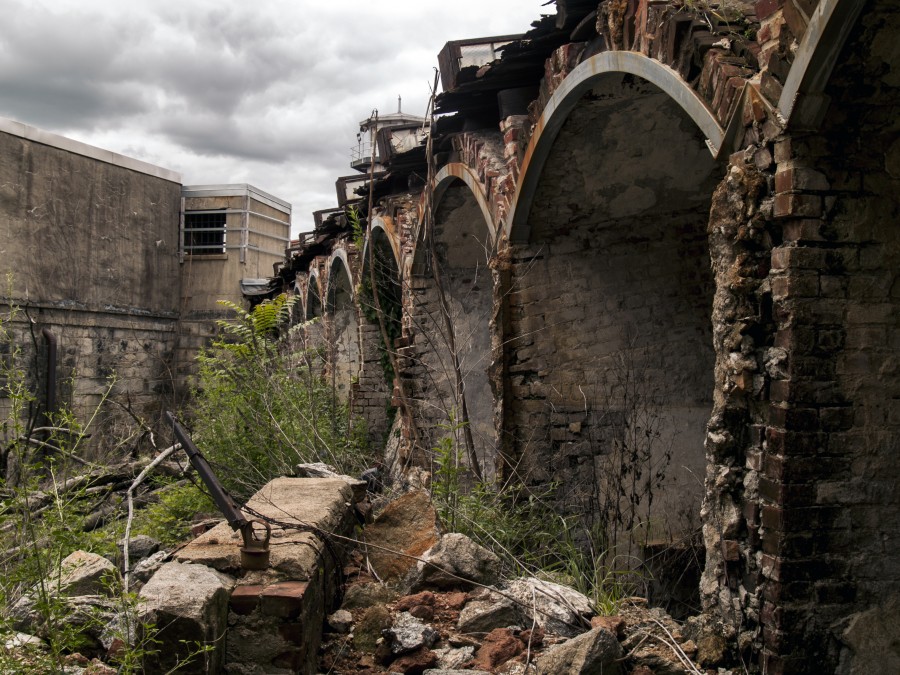 To start off the week, I’d like to mention another friendly reminder (since we haven’t made any recent progress on this front) that This Is Darkness is run by a disabled individual severely lacking in the funds department. So any help that could be given through Patreon, here, or through a one time donation (at the bottom of the page press the donate button) would be extremely helpful. If you think these weekly news updates are essential to the scene, please consider supporting the zine.

With that business out of the way, we have a ton of new releases this week to cover. You will also find a good bit of ongoing sales from some of the leading dark ambient labels, so now is the time to get some music!

In the last week on This Is Darkness, we’ve released the ‘Dark Ambient Classics Mix’, as well as reviewed the latest albums by Pär Boström’s new project Bonini Bulga, Council of Nine’s latest opus and a retro-review of an old Vond album, a side-project of Mortiis from the late 90s.

Enjoy! May the darkness forever guide your paths!

Creation VI
Fresh off the release of his latest album, Deus Sive Natura, on Cryo Chamber, CreationVI has released a music video for one of the album’s tracks, “Cycles of Life”.

Ajna – New Track Released (Digital Only)
After his recent collaboration with Dronny Darko, Black Monolith released on Reverse Alignment, Ajna has released a new track which likely gives some preview of his next album, though not explicitly stated as such.

Andrew R. Grant – New Project / Album Released (Digital Only)
“I’ve decided to take this whole ‘trying to freelance as much as possible’ thing a little more seriously, so I created a new Bandcamp page for my solo work that doesn’t fit under The Vomit Arsonist. The header for the page says ‘dark ambient sound design & scoring’ and that’s exactly what this is: a score to a film that does not exist, though I do hope to shoot it. I also have several other similar releases that are finished, although I’d like to work on physical releases for those, but that’s a different discussion..
I have no hopes of getting any kind of soundtrack work from this one single page, but I needed a place to put this stuff. If you like it and want to buy it, that’s cool. I’m not asking you to, though. it’s short.
So.. yeah. I make creepy weirdo sounds and I want to put them in your movie or video game or radio play or podcast or whatever. really.”

A Bleeding Star – New Single Released (Digital Only)
By now frequent readers should know what to expect from the dark ambient project A Bleeding Star which has been on a pattern of weekly single releases. While I generally don’t like to entertain weekly output from single artists, these singles are short tracks which, in my opinion, are given enough time to be properly created before release.
“Violin’s In Season: Crestfallen?.?.?.?I’m Headin’ to My Final Destination?.?.?.?Go Enjoy thy Freedom”

Kristian Westergaard – New Track Released (Digital Only)
“Kristian Westergaard is a Danish composer and sound artist living in Barcelona, Spain working in electronic music. Westergaard’s music is constantly searching and evolving but with great sense of direction, with a physicality only possible to achieve with a sensitive instrument and a sensitive player.”

protoU & Hilyard – Preorder Available (Cryo Chamber – CD/Digital)
“Alpine Respire immerses you in field recordings from two continents. Warm drone contrasts raindrops and the call of animals in the wild. This damp album invites you to explore the unreachable corners of the Earth. From the harshest mountains to the darkest forests. Recommended for fans of Field Recording and slowly progressing drone. Available in 24 bit. Releases July 25, 2017.”

Shelter of Trees – New Track Released (Digital Only)
“An Unholy Breach” uses sub-bass drones and daemoniac field recordings to create an atmosphere steeped in darkness swirling with an aura of evil energies.

sp3ct3rs – New Album Released (Digital Only)
“pulled those three large meditative medicative tracks into an album which is now released for pay what you like. thank you all for your support”
“a triptych of medicative meditative pieces designed around granular synthesis…”

The Wyrm – Preorder Available (GH Records – CD/Digital)
“These invocations to the old powers were described as a pact with the Devil, when the truth is that the demons of a religion are always the gods of its predecessor.
After nearly two thousand years of papist rule, the ancestral gods began to resurface. In Ireland, Scotland, Wales, Britain … there were many who wanted to turn a blind eye to their traditions, recovering the promethean essence of Europe.”

Urs Wild – New Album Released (Eighth Tower Records – Digital Only)
“Urs Wild is a musician and sound designer from Switzerland working on multiple ambient music declinations. Hidden Universe is his first full length album, and it’s the first individual release of Eighth Tower Records. The Urs Wild ambient music is fluid and cinematic. His eidetic textures tell us a story that is never really unveiled, but at the boundaries of an abstract consciousness of something we barely perceive. Something that is confined into a hidden universe. A dark minimalism, crossed by ‘gentle’ noise and oblique synth passages, that explores the territories of space, ritual and dark ambient.”

Cryo Chamber
“In this weeks sale we are focusing on two artists that have each released 2 albums on Cryo Chamber. Keosz and Randal Collier-Ford Save 50% on their digital downloads here.

The Rosenshoul
50% off all albums on Bandcamp
“Leading up to the release of the new album from The Rosenshoul next month we’ll be offering the albums Hidden Field, Low Winter Sun (Deluxe Edition) and Yokai at 50% off! That’s only $3.50 USD per album or $5.25 USD for the full discography!”
Check out their discography here.

Worms of the Earth [New Interview Coming Soon On This Is Darkness!!!]
“Myself and, as it is intrinsically linked, this project are in the midst of a major rebirth, always moving towards a more ascended state. It’s been a long journey through the darkness, but the path is becoming illuminated. I’m working on some big things for the fall and beyond. In the meantime, I’m having a sale on my two ritual ambient albums Sitra Achra and Azal’ucel. Use the code “rebirth” here for 40% off either or both of these albums!!”


This Is Darkness Week In Review

Dark Ambient Classics Mix
This mix features some of the greatest tracks throughout the history of the dark ambient genre. It contains a who’s who of several decades worth of post-industrial music as it evolved into what we know today as dark ambient. The mix was created by Przemyslaw Murzyn, who is currently the only other contributor to This Is Darkness. Przemyslaw has a fantastic resume in the dark ambient scene, as he’s been publishing dark ambient news and reviews on his website Santa Sangre for years. He is also an artist himself in the dark ambient project Embers Below Zero. I hope you will all enjoy his mix!
Listen here.

Bonini Bulga – Sealed
It seems that the coming years will be ripe with output from Hypnagoga Press. Whether this will continue to be the sole production base for the siblings, Pär and Åsa, or if some of these other locations hold introductions to new partnerships and collaborative output is anybody’s guess. But, if we consider what we have already seen as an indicator, we are in for one hell of a collection of works.
Read the full review here.

Council of Nine – Trinity
Trinity is obviously the last part of a three album sequence. It is a closure to everything that Council of Nine has done within his three solo releases. This leaves a big question mark for listeners as to what will come next. Trinity being the most personal of these three releases it seems quite possible that we will now move into some territory that is much less connected to the artist’s personal life and more aligned with his external interests. Trinity can be seen as the closure to his period as a new artist. What comes next will come from a musician that has honed their skills for several years, and is prepared to deliver their craft with a purpose and mastery that can only come from a veteran artist. For now we have plenty of great Council of Nine music to keep us entertained, and we can patiently wait to see where this artist will direct his attention next.
Read full review here.

Vond – Green Eyed Demon
For long-time fans of Mortiis, there will be nothing new here aside from the beautifully crafted re-release editions. But, for newer fans, just recently discovering his older phases and side-projects, Green Eyed Demon, as well as the other Vond albums, should be a delightful discovery. Vond definitely shows off a side of Mortiis’ talents that should be highly attractive to fans of dark ambient music. Its gritty production is a reminder of the old days of the dark ambient genre, back before everything could be done with a computer and midi controller. It’s also a reminder of the varied nature of Mortiis‘ interests. I would love to see these old albums draw enough attention to maybe get Mortiis to consider opening the vaults of Vond for one more chapter.
Read the full review here.