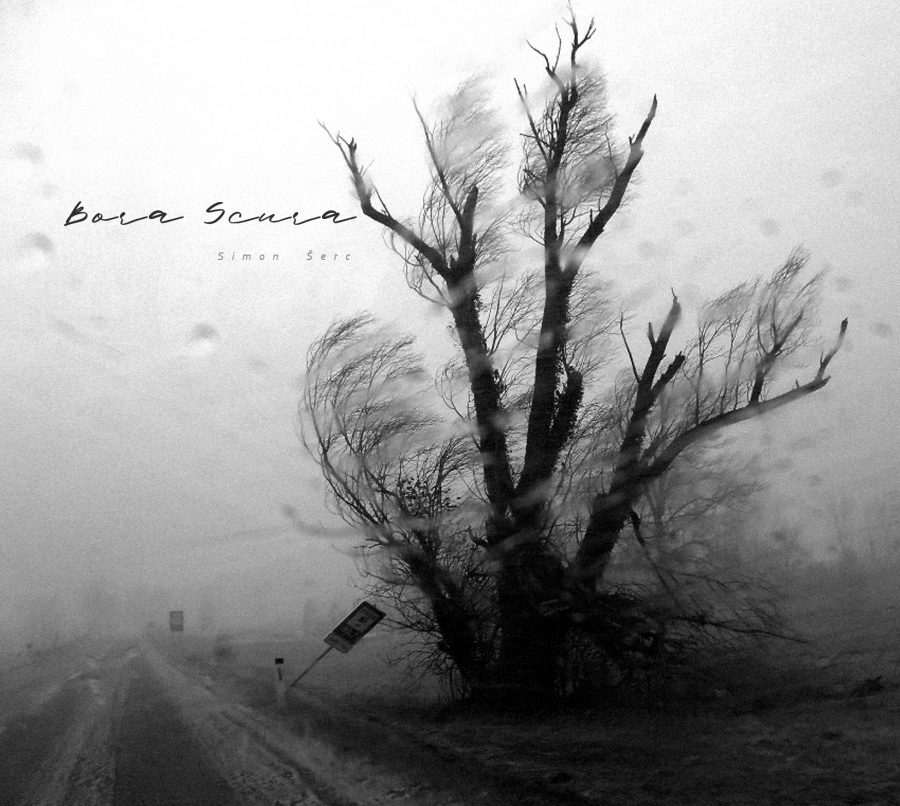 When I first received the message about this new Simon Šerc album, I have to admit I wasn’t very impressed with the first sentence: “The album is composed exclusively of recordings of extreme Bora wind blowing in Ajdovščina, Slovenia.” I generally am less fond of the idea of untouched field recordings, and similarly, improvised jam-session-turn-albums. I just have a bit of a bias that attending to details for months after creating a foundation inherently makes an album better. But, there are always exceptions to my prejudices. In this case, Bora Scura is an exception! So, getting that out of the way for myself, and hopefully for you readers as well, I’ll get into the specifics here.

This album was recorded on the 5th of February in 2015. In this town of Ajdovščina, Simon Šerc captured this glorious anomaly of nature known as Bora. In the Vipava Valley of Slovenia, for an average of 42 days per year, there are incredibly strong gusts of wind, which can reach 200km/h (124 mph) and in 2010 managed to hit 295 km/h (183 mph). This seems insane to me! These are winds with the force of a full scale hurricane/typhoon, and the people in this region just accept it at part of the weather, presenting itself particularly during the cold season. 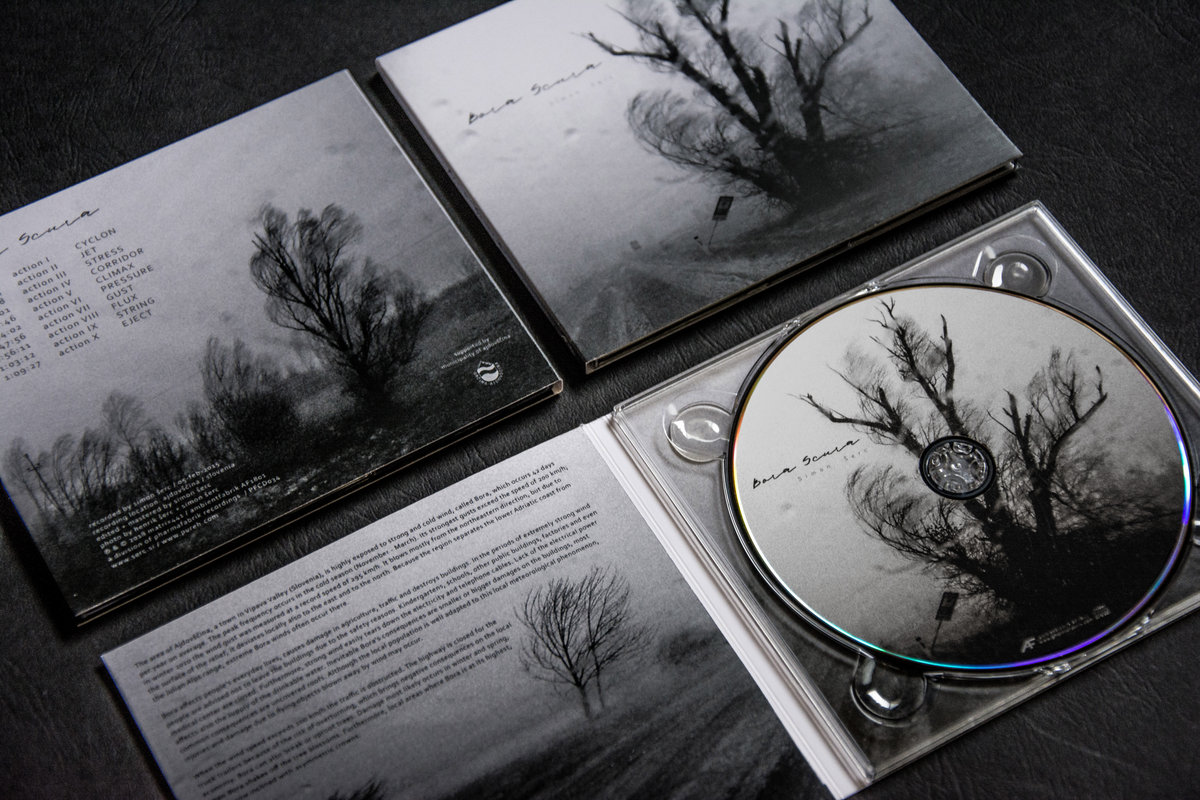 Listening to this album, one can’t help but close their eyes and feel like they are right in the midst of this incredible anomaly. I came to dark ambient music for the immersion, and that is why artists like Northaunt and Ugasanie have had such impact on me. Because I love these cold regions with frigid gusts of wind tearing at the trees and houses. That sentiment is very much present when I’m listening to this release. While there is none of the actual “music”, these winds are just so intense that they manage to hold my attention, as well as pull me into the experience.

There are other interesting things to listen for in the album, too. The recordings were not captured in a barren field, with nothing to impede their travels. Quite the opposite. One can hear a variety of sounds here. At one point I picked out bells tolling in the distance. A church? Or a warning signal for the locals? At another point we can hear very clearly doors opening and closing, footsteps on a wooden floor, possibly a barn? There are animals calling out in distress, barely audible. These aren’t the sounds of Atrium Carceri, where we are hearing pieces of a puzzle, potentially key elements to a vast story. But that didn’t take away from the experience for me. I still enjoyed picking out these various sounds. Each play-through finding something new, piecing together in my mind the landscapes of these soundscapes.

While attempting to peice it all together, I began to find it hard to believe that all these different variations of this storm were captured in a single day/night. So, I contacted Šerc to verify that it was all captured on 5 February 2015. He responded:

Yes, all in one day, with two different recorders. The wind gusts exceeded 200 km/h on that day, the next day it was only 150 km/h. But, the hard work started then in the studio, cleaning the recordings…it was a lot of useless/overloaded material…

One can only imagine, when recording 200 km/h winds, how hard it must be to capture almost any usable material. To which his response was:

One day is enough. It’s not easy to record audio outside in that wind. It’s essential to find natural covers to protect the microphones, and myself.

So, Bora Scura may be even harder to consider “music” than the dark ambient many of us already defend as “music”. But, this album has really impressed me. I’ve went back to it over and over through the weeks since I first heard it. At first, I was almost positive I wouldn’t be covering it. But, the album quickly and decisively grew on me, so here we are! Of course, it won’t be recommended to people that prefer their ambient melodic or crisply polished. But for those of us that love to sink into an epic storm, allowing its energy to surge through our bodies, this one should make for quite a pleasing experience.